Italian skier Alex Vinatzer led a group of three that built a commanding advantage in the first leg of a men’s World Cup slalom on Saturday.

Racing in dense snowfall, Vinatzer edged Clément Noël of France by 0.08 seconds and Sebastian Foss-Solevåg came one-hundredth further back in third. The Norwegian leads the discipline standings after four events.

Vinatzer’s teammate Giuliano Razzoli was fourth and had 0.73 to make up in the second run. Swiss skier Marc Rochat, a late starter with bib No. 29, posted the fifth-fastest time.

Vinatzer had five top-five results, including two podiums, over the last two years but has yet to win a World Cup race.

The Italian could become the fifth different winner in the fifth men’s slalom of the season. The 12 podium spots in the four previous races went to 11 different skiers. Only Kristoffer Jakobsen of Sweden has had two top-three results so far.

However, both Noël and Henrik Kristoffersen skied out just before the end of their final run in races where they were holding a big lead — Noël in Madonna di Campiglio in December, Kristoffersen in Wengen last week. 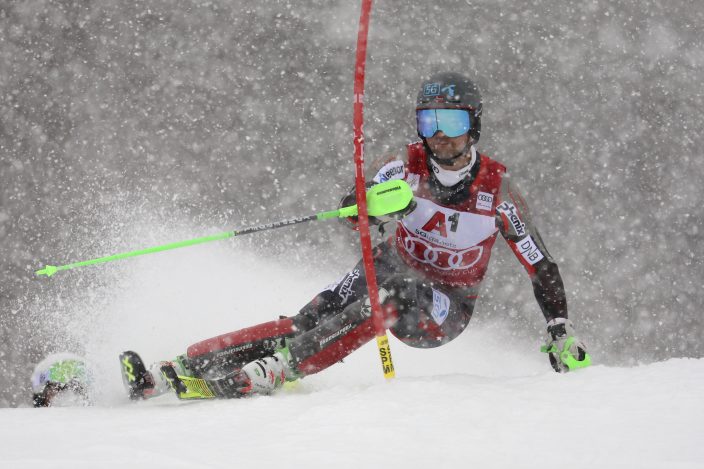 Kristoffersen, the 2014 Olympic bronze medalist, was only 24th Saturday after a wild run.

His Norwegian teammate Lucas Braathen placed ninth, a week after he came from 29th after the first run to win the slalom in Wengen.

Manuel Feller, the top-ranked Austrian in slalom, sat out the race after testing positive for COVID-19. 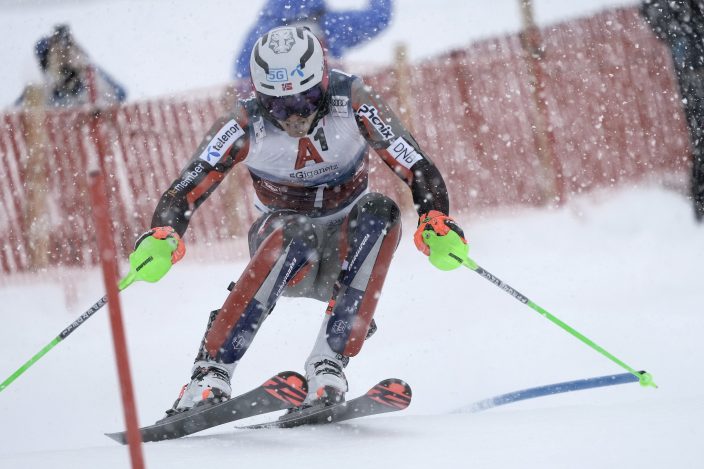 The slalom was initially scheduled for Sunday but organizers swapped it with a downhill, which could not have been staged Saturday because of the snowfall.