Lucas Digne marked his swift return to Goodison Park by setting up Aston Villa's goal in a 1-0 victory over former club Everton in the Premier League and getting struck on the head by a bottle thrown from the crowd in the ensuing celebrations.

The France left back, who was sold by Everton last week after falling out with its then-manager Rafa Benitez, whipped in the corner which was met by a near-post header from Emi Buendia that looped into the far corner in first-half stoppage time.

As Digne celebrated with his Villa teammates in front of a section of Everton fans, he appeared to be hit by a bottle and fell to the ground, clutching his head. Another Villa player, Matty Cash, also motioned that he had been struck. 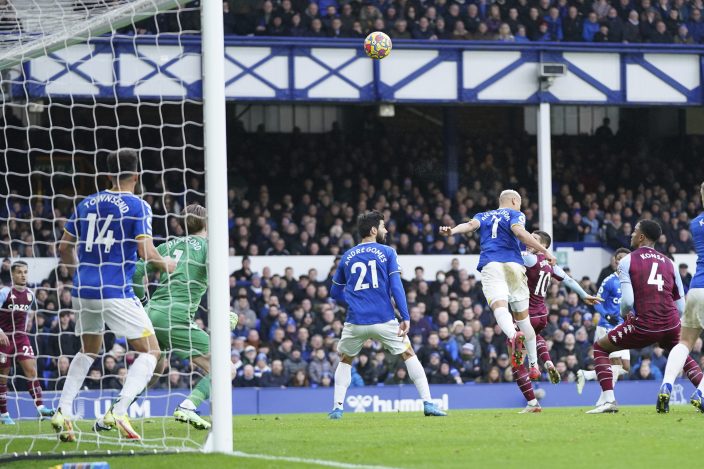 Digne's return to the club he said he never wanted to leave was one of the many intriguing subplots to a match that saw Duncan Ferguson take charge of the first match in his second spell as Everton's caretaker manager, following Benitez's firing last weekend.

Steven Gerrard and Philippe Coutinho, two former Liverpool players, were also back on Merseyside with Villa — as its manager and newly signed playmaker — and they and Digne were given a hostile reception by the home fans.

Everton's direct style almost got its rewards in the second half with Yerry Mina twice going close with headers and fellow center back Ben Godfrey also having a header swatted away by Villa goalkeeper Emi Martinez. 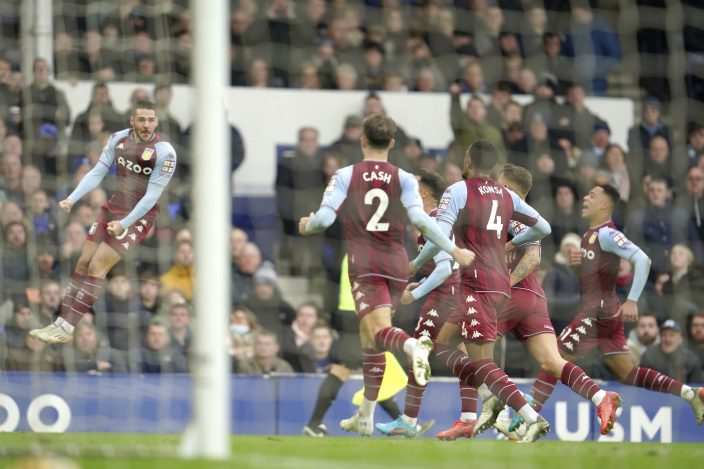 Ferguson is already a popular figure at Everton owing to his two spells there as a player and a four-game spell as caretaker manager in December 2019, when he was unbeaten in three league games.

He probably made himself even more popular by contacting a number of pubs near Goodison Park and pledging to pay for the first drink of fans before kickoff, according to Britain's Press Association.