Freestyle skier Aaron Blunck didn't know if he would make it — “Don't let me die,” he told his coach at the bottom of the halfpipe — after bashing into the lip of the pipe 15 months ago.

But the whirr of the helicopter blades taking him to the hospital created a peaceful sensation — he was going to make it — and a swift realization: No longer would he take any moment for granted. 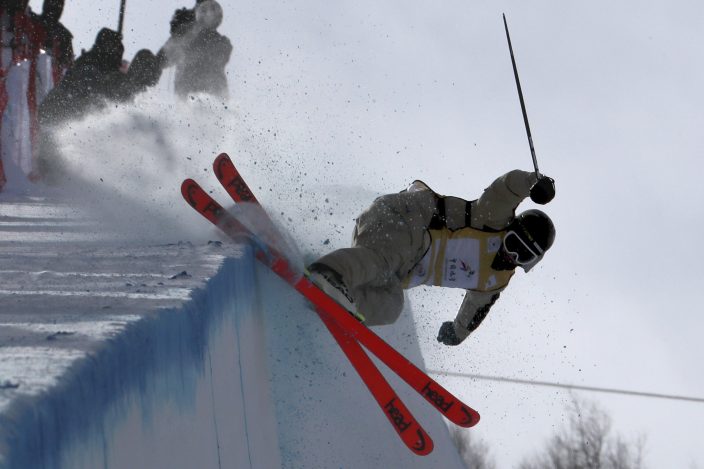 FILE - Silver medalist Aaron Blunck of the United States competes during the Men's Freeski Halfpipe event at the FIS Freeski World Cup in Chongli county near Zhangjiakou in northern China's Hebei province on Saturday, Dec. 21, 2019. In a crash a year ago, Blunk landed on the lip of the halfpipe and lacerated his kidney, broke ribs, fractured his pelvis and bruised his heart. While down in the halfpipe and waiting for a helicopter to take him to the hospital, he told his coach: "Please don't let me die." He's now a medal contender. (AP PhotoNg Han Guan, File)

The crash in Switzerland during a training run on Oct. 13, 2020, was so severe that a doctor later told Blunck something that gave him chills — he was, indeed, really fortunate.

“I learned to just be thankful to take a breath of fresh air,” said Blunck, who competes Sunday at the Winter X Games before heading to Beijing for the Winter Olympics. “It’s the small things that make the big things and I think we all lose that sight. Because I did.

"I really did think I was going to die that day. I had just proposed to my girlfriend and I had the dogs, and I have a super-loving family and almost having that taken away from you in a matter of a heartbeat? I need to just be thankful.” 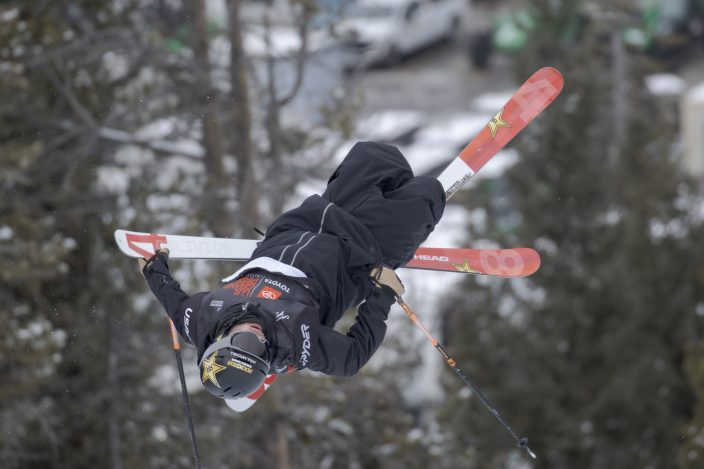 During that training run in Saas-Fee, Switzerland, Blunck was trying to dial in a difficult trick — a switch double cork 1440, which includes two spins wrapped inside of two flips. It's one of the toughest tricks in the business.

What happened next remains a blur of sights and sounds to the 25-year-old out of Crested Butte, Colorado, who had been to two previous Olympics, where he had placed seventh both times.

The sights: Seeing the deck of the pipe rapidly approaching and thinking there was no way he was going to get around in time. He hit the frozen edge and slid to the bottom. First, everything went black before a bright, blinding light overtook him.

The sounds: a conversation between him and U.S. halfpipe coach Mike Riddle, who was filming Blunck's run and quickly jumped into the pipe to be at his skier's side.

“I just told him I loved skiing. I loved him. I love my family,” Blunck recalled. “But when I tried to stand up for the first time and all of a sudden just like everything went black. And then it was super bright. I knew at that moment, ‘Oh, man, something’s not right at all.’"

Soon after, the buzz of the chopper in the distance.

“I was like, ‘All right, these guys are going to get me to the hospital and everything’s going to be good,’” Blunck said.

Between a grade-three lacerated kidney, broken pelvis and banged-up ribs, he hurt everywhere. But he needed to do one thing as he lay in his hospital bed: Watch the video. Just to know where things went wrong.

He couldn't get around quick enough. Nothing more.

“So many people, when they get injured, they kind of hold a grudge against themselves,” Blunck said. “They're like, ‘Why did this happen to me? This is unfair.’ I wanted to watch the video because I wanted to just see where I went wrong to accept it."

The first night in the Swiss hospital, he couldn’t get out of bed due to the pain. The next day, he walked a little bit and performed a tiny squat.

So elated, he called his then fiancée (now wife) Morgan in the middle of the night to tell her.

Still, doctors cautioned him — he probably wouldn’t be back on the slopes that season even to ski just for fun. As for competing, no way.

“But I’m kind of the person who if you tell me, ‘Don’t touch the hot plate,’ I’m going to touch it,” Blunck cracked.

After recovering in Switzerland for a few days, Blunck returned to Colorado. His rehab included plenty of pool work, where he would walk up and down a lane 10 times.

One day, a big breakthrough: another squat, with no pain.

Three months after his near-fatal fall, Blunck returned to the halfpipe for Winter X, where he finished an improbable second.

Just not with that trick. He hasn’t tried that trick again. He might never — and he's OK with that.

All part of his new outlook.

“He just seems to be having even more fun out there,” said Riddle, who competed for Canada and earned a silver medal in ski halfpipe at the 2014 Sochi Games. “In our sport, the things everyone's doing are scary and risky. So if you’re not having fun, it just makes everything a whole lot harder. He just looks like he’s enjoying it more.”

With everything, really. He enjoys walking his two French bulldogs, Tank and Isla. Or skiing with Morgan, whom he married on Aug. 5 in Italy.

“(The crash) was a serious eye-opener to how quickly it can go, how it can be taken from you,” Blunck said. “I was given a second chance in a way. I’ve learned how to be thankful for everything I have.”