There were plenty of unusual occurrences in the Premier League on Saturday, even if a late, late winner by Manchester United at Old Trafford felt ever so familiar.

Few could have expected City to fail to win at Southampton, with a 1-1 draw ending the leaders' 12-match winning run that stretched back to Oct. 30. City is ahead of Liverpool by 12 points but the Reds have played two games fewer, meaning there is still some life in the title race. 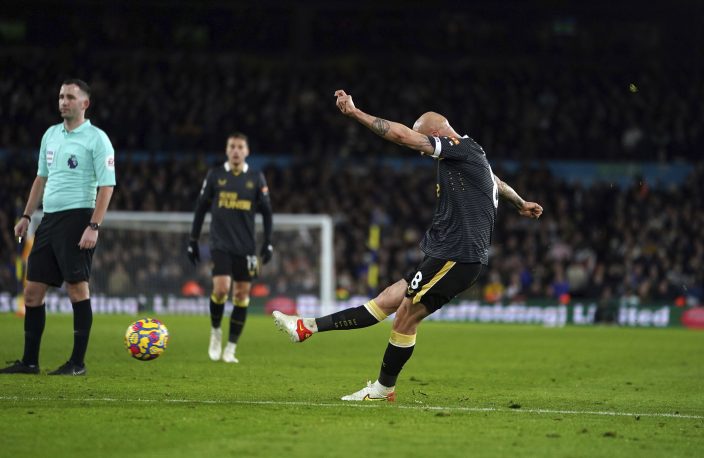 Before a 1-0 win at Leeds, Newcastle's only previous victory in its 23 games in all competitions this season was against Burnley on Dec. 4. Beating Leeds wasn't enough to lift the Saudi-owned northeast team out of the relegation zone, yet it might be the start of a late-season resurgence for Newcastle — especially if more signings come in before the end of January.

Most bizarre of all Saturday was the sight of players from Brentford and Wolverhampton being led off the field by the referee because a drone was hovering above the pitch in their match in west London.

Play was suspended for nearly 20 minutes in a match Wolves ended up winning 2-1. 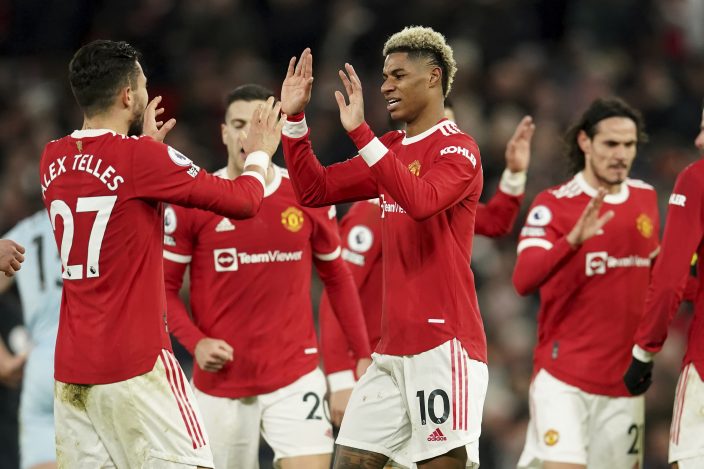 In other games, Marcus Rashford scored in the third and final minute of stoppage time to snatch a 1-0 win for United against West Ham, lifting the team to fourth place. Aston Villa won 1-0 at Everton.

Man City needed a 65th-minute header by Aymeric Laporte to earn a point at St. Mary’s, after Southampton took the lead through Kyle Walker-Peters in the seventh. 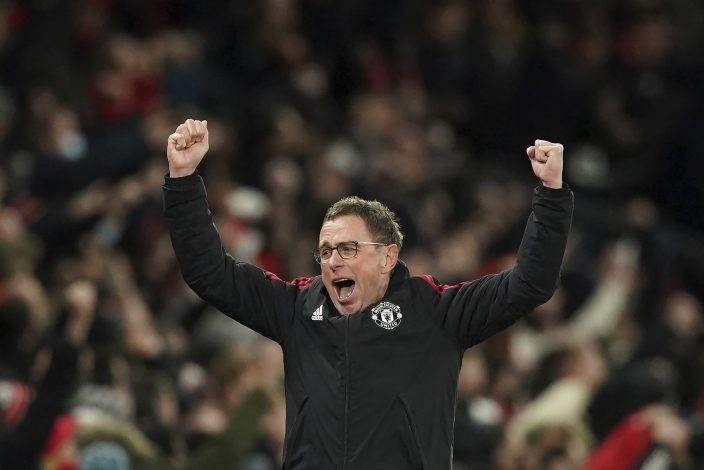 Kevin De Bruyne, who supplied the cross for Laporte’s goal, and substitute Gabriel Jesus hit the same post in the second half for City, for whom Raheem Sterling had a gilt-edged chance from close range saved by Fraser Forster before halftime.

Southampton’s players defended stoutly after the break, just like they did when collecting a 0-0 draw at Etihad Stadium in September.

Newcastle is heading to Saudi Arabia during the winter break on the back of a big win in its fight for survival.

Jonjo Shelvey’s low, curling free kick flew past a slew of outstretched legs in the area and squeezed into the far corner of the net in the 75th minute at Elland Road.

Eddie Howe's team is only one point from safety with a game in hand on fourth-to-last Norwich, which won at Watford on Friday.

“It was a heroic effort,” Howe said, "in the sense that we committed everything to the game and I thought the players were outstanding.”

Man United ended the game against West Ham with four strikers on the field in something of a throwback to better days at the club under Alex Ferguson.

Much to Ralf Rangnick's delight, they combined for the clinching goal that came so late it was almost in what was once known as “Fergie Time.”

After the ball broke free, Cristiano Ronaldo passed the ball forward to one sub, Anthony Martial, who slipped in another, Edinson Cavani, who crossed for another, Rashford, to tap home at the far post. There was a slight concern that Cavani had been in an offside position but the goal stood after a VAR check and United could celebrate a second win in four days.

“An extremely emotional moment if you score in the last second of the game,” Rangnick said, “knowing that there is no time anymore for the other team to reply.”

Lucas Digne had an eventful return to Goodison Park.

Barely a week after leaving Everton because of a falling-out with its then-manager Rafa Benitez, the France left back was back at his former club with Aston Villa and set up the winning goal for his new team.

Digne's inswinging corner was glanced by Emi Buendia in first-half stoppage time for what proved to be the only goal.

Then, as Digne was celebrating with other Villa players in front of a section of Everton fans, he fell to the ground and clutched his face, having been struck by a bottle thrown from the crowd. A supporter was later arrested.

Everton, which had Duncan Ferguson in caretaker charge while the club searches for a replacement for the fired Benitez, dropped to within four points of the relegation zone.