“Stop Right There!” Three words of warning — and three words that Ellen Foley credits with launching her career in music.

It was Foley who belted out the words to Meat Loaf about halfway through their eight-and-a-half minute duet “Paradise By the Dashboard Light,” the epic seduction song on his mega-selling 1977 “Bat Out of Hell” album.

Foley is now looking back on the singular experience of making the memorable song as she recalls Meat Loaf and a “beautiful, feisty, joyful friendship” that began in her early 20s. Meat Loaf, born Marvin Lee Aday, died on Thursday at 74. 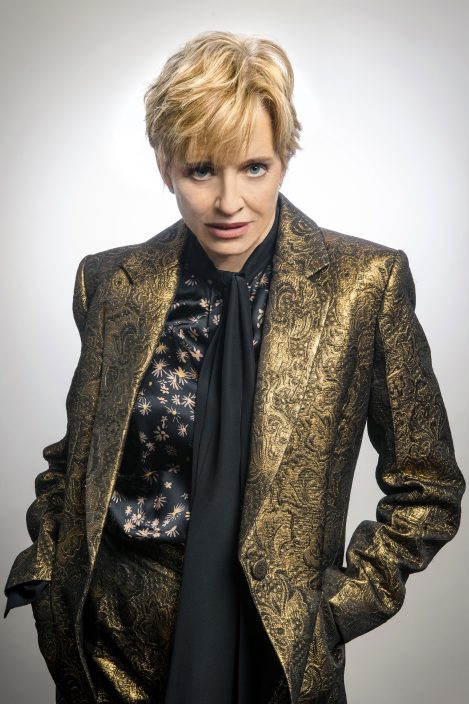 This photo provided by Daniel Root shows Ellen Foley. Foley, who collaborated with Meat Loaf on the hit single "Paradise By the Dashboard Light" from his 1977 hit album "Bat Out of Hell," is paying tribute to their "beautiful, feisty, joyful friendship." Meat Loaf died Thursday, Jan. 20, 2022 at age 74. (Daniel Root via AP)

He was the most unlikely of rock superstars, Foley says.

“I mean, that’s the wild thing,” she said in an interview Friday, when asked to explain the source of his fame. “Who would have thought that at the end of the '70s, this 300-pound-plus guy would be a star? But that’s what it was. He was a character, you know, larger than life."

But, she says, he came at the right time. 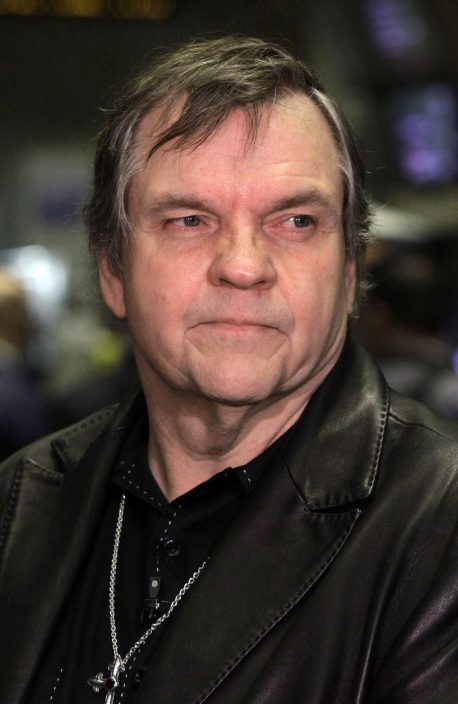 FILE - This June 21, 2010, file photo shows rock singer Meat Loaf on the floor of the New York Stock Exchange before ringing the opening bell. Meat Loaf, whose "Bat Out Of Hell" album is one of the all time bestsellers, has died, family said on Facebook, Friday, Jan. 21, 2022. (AP PhotoRichard Drew, File)

"People were ready for this. People were ready to come out of the laid-back Fleetwood Mac '70s. And he had an extraordinary voice. I don’t know if he ever took a voice lesson — I think he came out pretty fully formed. First time I ever saw him walk into a rehearsal hall, he was Meat Loaf. He knew what he was.”

It was in the '70s that Foley met Meat Loaf, when the two of them were driving around in a blue van, touring with a National Lampoon comedy show. “We got very close,” she said. “You’re on the road, you’re feeling lonely and there are just people you gravitate to.”

She describes him, as others have, as rather a man-child. “I'm not saying that derogatorily,” she noted. “But I think all the women in his life probably ended up sort of caring for him.” 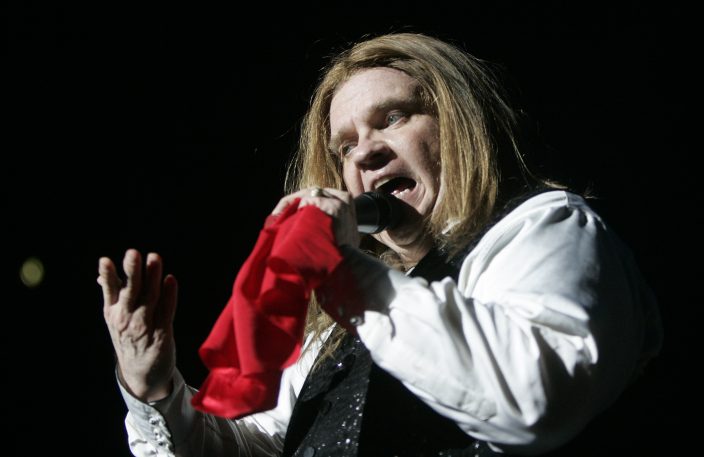 FILE - Rock star Meat Loaf appears on stage during the first concert of his tour through Germany in Hamburg, northern Germany, Tuesday, June 12, 2007. Meat Loaf, the rock superstar loved by millions for his “Bat Out of Hell” album and for such theatrical, dark-hearted anthems as “Paradise by the Dashboard Light” and “Two Out of Three Ain’t Bad,” has died at age 74. A family statement on his official Facebook page says the singer born Marvin Lee Aday died Thursday night, Jan. 20, 2022. “Bat Out of a Hell,” his mega-selling collaboration with songwriter Jim Steinman, came out in 1977 and became one of the bestselling records in history. (AP PhotoKai-Uwe Knoth, File)

“Bat Out of Hell,” a collaboration with songwriter Jim Steinman and producer Todd Rundgren, overcame mixed reviews to become, via aggressive touring, one of the top-selling albums in history, with worldwide sales of more than 40 million copies.

“I think it was sold off of live performance,” Foley said of the 1977 album. “They toured the heck out of it and people saw him, and were just blown away and bought the record.” And, of course, there was “the wonder of Meat Loaf,” she added. “He was a wonder, truly.”

As for their “Paradise” duet — about two kids “doubly blessed” because they were “barely 17” and “barely dressed" — people never stopped talking to Foley about it. 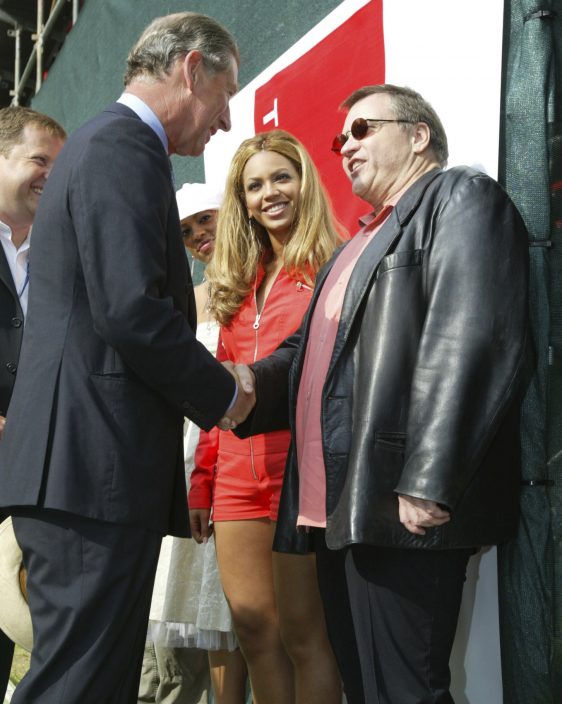 FILE - Britain's Prince Charles, left, meets performers including singer Beyonce, center, and Meat Loaf following the 'Party in the Park' event in Hyde Park, London Sunday July 6, 2003. Meat Loaf, the rock superstar loved by millions for his “Bat Out of Hell” album and for such theatrical, dark-hearted anthems as “Paradise by the Dashboard Light” and “Two Out of Three Ain’t Bad,” has died at age 74. A family statement on his official Facebook page says the singer born Marvin Lee Aday died Thursday night, Jan. 20, 2022. “Bat Out of a Hell,” his mega-selling collaboration with songwriter Jim Steinman, came out in 1977 and became one of the bestselling records in history.(Russell Boyce, Pool Photo via AP, File)

“It’s got an unbelievable mythology around it,” she said, noting that people often tell her they lost their virginity to the song. “Which makes sense,” she said. “They were following the script.” (The song included baseball announcer Phil Rizzuto giving a play-by-play about rounding the bases and sliding into home. Rizzuto later said he didn’t realize it was a metaphor.)

But Foley says people also recite a litany of other occasions when they've pulled out the song, telling her: “'I did it at karaoke, at my wedding, at my high school reunion, at my bar mitzvah.'”

“It’s kind of incredible," she said.

Indeed, Foley says, she sometimes feels like an astronaut, looking back on the big moonshot that defined a career.

“You do one thing and it goes with you for your whole life,” she said, “and it makes you always connected, and it makes you feel as young as you did when you sang that song — or went to the moon.”

In fact, though, Foley, now 70, was only beginning a long career as both an actor and singer.

She later originated the role of the Witch in Stephen Sondheim’s “Into the Woods,” in San Diego, and on TV starred for a season in “Night Court.” She's recorded a number of solo albums and last year released her fifth, “Fighting Words.” She continues to perform and to teach.

But this week, Foley is remembering the friend she simply calls Meat, whom she last saw when they collaborated on his 2016 album, “Braver Than We Are.”