Sure, it took until two minutes into the second half to break the deadlock. But the space gifted for Thiago Silva's header in the 55th minute to seal a 2-0 win on Sunday was a snapshot of this most lopsided of London rivalries.

Chelsea should never have doubted its four-match winless run in the Premier League would end on Sunday. Not even with former Chelsea manager Antonio Conte going nine league matches unbeaten at the start of his Tottenham reign before the visit to Stamford Bridge. 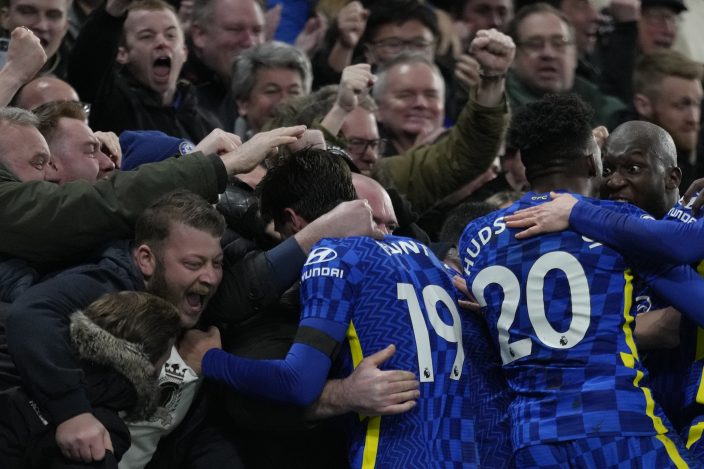 It's now 33 wins for Chelsea against Tottenham in the Premier League era — more than against any other opponent. Not since 2018 has a Tottenham player even scored against Chelsea in the league when the north London side last won this derby.

Tottenham will have complaints that Harry Kane was denied a first-half goal when it was ruled out for what appeared his slight touch on Thiago Silva before racing through on goal to meet Ryan Sessegnon's cross.

But for all Kane harangued referee Paul Tierney at halftime, Tottenham crumbling so soon after the break made the win for Chelsea look inevitable. Tottenham was also denied a spot in the League Cup final by Chelsea winning both semifinal legs this month.

Victory for Thomas Tuchel's side shores up a top-four place that was starting to look shaky before winning for the first time since Dec. 26.

Chelsea stayed a point behind second-place Liverpool, which won 3-1 across London at Crystal Palace. The results will give a flicker of hope that Manchester City can still be caught after the champions were held at Southampton to Saturday to now sit only nine points in front of Liverpool having played a game more.

While Tottenham is in seventh place, the coronavirus postponements distort the standings. Tottenham fell to 11 points behind Chelsea but with four games in hand. And Man United is only two points ahead in the fourth Champions League place having played two more games than Tottenham. 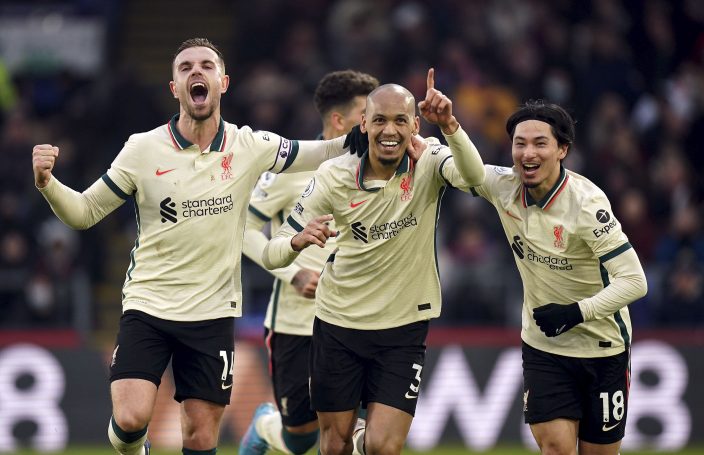 What helped Conte slightly was Arsenal being held 0-0 by Burnley on Sunday. Arsenal did move above Tottenham into sixth place on goal difference but having played an extra game.

Tottenham couldn't recreate the drama from Wednesday night when two stoppage-time goals turned around a game at Leicester to win. And Leicester disappointed again on Sunday, drawing 1-1 with Brighton.