Tom Brady has reached the point where each game could be his last.

The 44-year-old seven-time Super Bowl champion said in late September he plans to play at least one more season, but he’s indicated several times since that returning will be a family decision.

Brady is under contract for 2022 with the Tampa Bay Buccaneers, who host the Los Angeles Rams in an NFC divisional playoff Sunday. 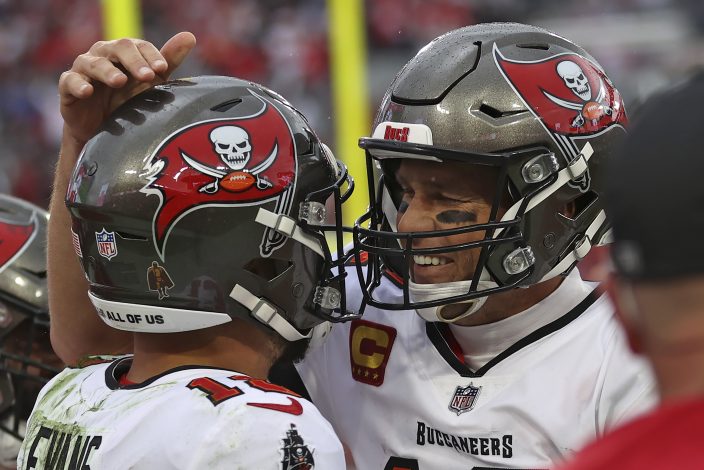 If the Rams beat the Buccaneers to advance to the NFC championship game, some are speculating it could be the final game in Brady’s unprecedented career. Asked last month when he’ll know it’s time to retire, Brady said:

“That’s a good question. I don’t know. I think I’ll have to just, after every year, think about what the situation looks like for me, personally and professionally. Obviously, I love playing; I don’t think my love will go away. I think I’ll be able to do it, it’s just the other things are kind of happening in my life, in regard to family situations. My kids are not getting younger, and I want to make sure that they get what they need, too.”

Brady’s agent, Don Yee, told The Associated Press last week he doesn’t know when Brady will hang it up.

“He can do it as long as he wants, because his intangibles really are very much off the charts,” Yee said for an upcoming episode of the AP Pro Football Podcast. “I’ve been around professional athletes since 1974 and I’ve seen a lot of different types of athletes. And I think all the very best will tell you the intangible part is critical. There are a lot of great, physical specimens, but to keep trying to do something for a long period of time and to do it well, you have to have other intangibles. ... you have to want to get up every morning to be great.

"And so he still possesses all of that and more. And so I don’t. ... It’s going to be his decision, and I would never, ever speak on his behalf on this issue. But he clearly is still performing very well.”

After leading the Buccaneers to their second Super Bowl title in his first season in Tampa after 20 years with New England, Brady led the NFL in yards passing (5,316), touchdowns (43), completions (485) and attempts (719) while guiding the Bucs to their first NFC South title since 2007.

Coach Bruce Arians told the Tampa Bay Times on Friday that he would be “shocked” if Brady didn’t return for another season based on the fun he’s having playing the game and practicing all week.

Rob Ninkovich, who played with Brady on the Patriots from 2009-16, created a stir this week when he said it “wouldn’t surprise” him if Brady called it quits after this season.

“Tom is playing at a high level. I’ll leave it at that,” Buccaneers offensive coordinator Byron Leftwich said Thursday in response to a question about Ninkovich’s comments.

The winner of the Rams-Buccaneers game hosts the San Francisco 49ers in the NFC title game next Sunday. The Bucs are trying to become the first repeat champions since Brady led the Patriots to consecutive Super Bowl titles following the 2003-04 seasons.