Kasperi Kapanen and Jeff Carter scored nine seconds apart in the third period to erase a two-goal deficit and Sidney Crosby scored the only goal of the shootout as the Pittsburgh Penguins rallied by road-weary Winnipeg 3-2 on Sunday.

The Penguins trailed for more than 40 minutes after falling behind early in the first but recovered late to extend their winning streak to five.

Kapanen began the comeback by redirecting a pass from Evgeni Malkin to bring Pittsburgh within a goal 6:55 into the third period. The din had barely died down when Carter tied it after he knocked down goaltender Connor Hellebuyck's clearing attempt and laced a shot into the open net before Helleybuyck could scramble back into position. 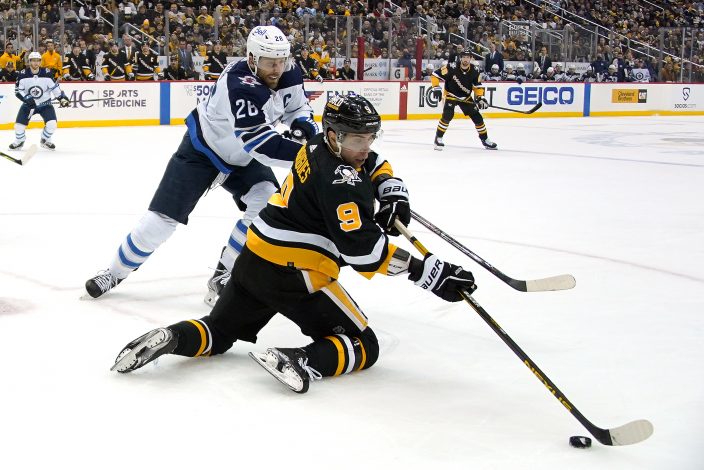 Crosby then flicked a wrist shot by Hellebuyck in the second round of the shootout and Pittsburgh escaped when Winnipeg couldn't covert any of its three shootout attempts.

Tristan Jarry, an All-Star for a second time, made 27 saves for the Penguins. He turned away several odd-man rushes in the first two periods and made a sprawling stop on Blake Wheeler in overtime.

The victory may have been the most unlikely of the Penguins' current seven-game run at PPG Paints Arena that began after a loss to Montreal on Nov. 27. 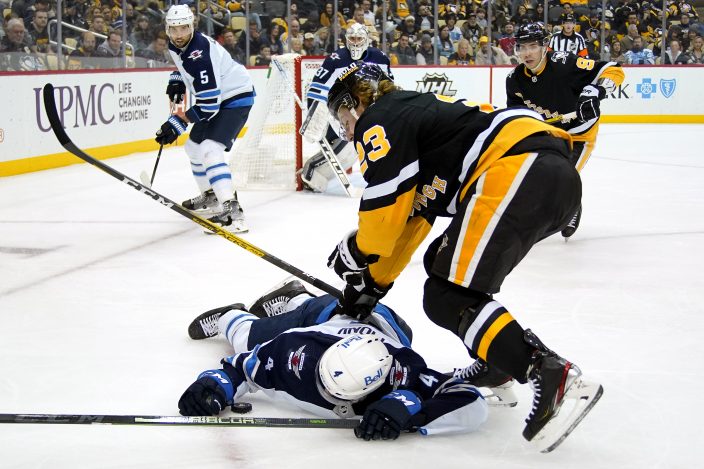 Kyle Connor scored his 22nd goal of the season for the Jets. Wheeler scored in his second game back from a lower-body injury that forced him to miss more than a month.

Hellebuyck made 36 saves but Winnipeg finished 3-3-2 during a three-week journey that began on Jan. 2 and included contests in three different time zones.

Despite playing their second game in less than 24 hours, the Jets hardly looked fatigued. Not so much for the Penguins who — despite being given Saturday off following a win in Columbus on Friday night — looked a step slow at times against a team that hasn't played inside its own arena in five weeks thanks to the COVID-19 pandemic.

Wheeler wasted little time giving the Jets the lead, taking a lead pass from Mark Scheifele and flicking a backhand over Jarry's glove 3:28 into the first period.

Winnipeg had a chance to double its advantage twice late in the period but Jarry turned away breakaways by both Connor and Wheeler.

Connor earned a measure of revenge 8:11 into the second when he collected a cross-ice feed from Paul Stastny and buried a laser from the right circle for a 2-0 lead. 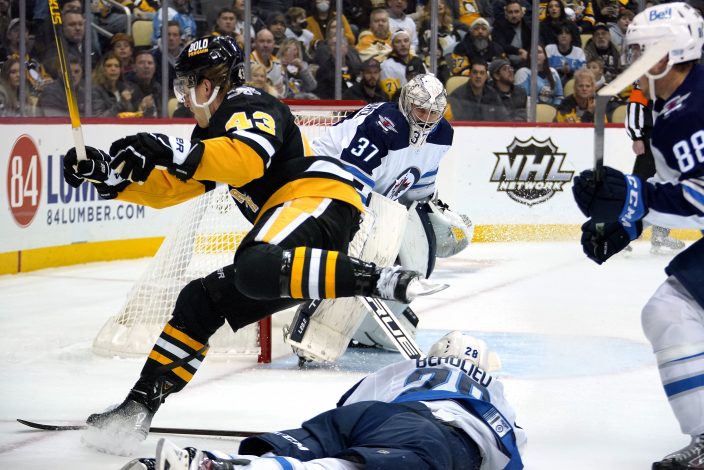 Hellebuyck kept Pittsburgh at bay until midway through the third when Kapanen's skate created his ninth goal. Carter added his 12th on a shot from the corner just above the goal line.

NOTES: Penguins D Kris Letang appeared in his 900th game with the Penguins, joining Crosby, Malkin and Hall of Famer Mario Lemieux as the only players to reach that milestone in franchise history. ... Letang's career-best 10-game point streak came to an end. ... Pittsburgh lost C Teddy Blueger in the first period after a hit by Winnipeg defenseman Brendan Dillon against the glass left Blueger bloodied. 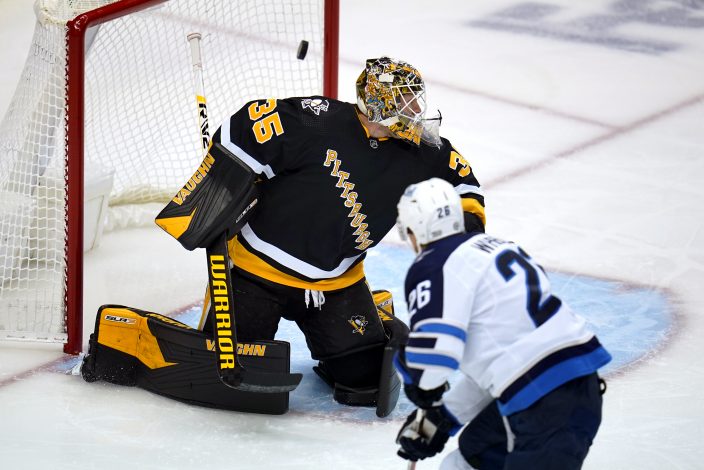 Jets: Play their first home game since Dec. 19 on Tuesday when Florida visits on Tuesday night.

Penguins: Continue a six-game homestand on Tuesday night against Arizona. 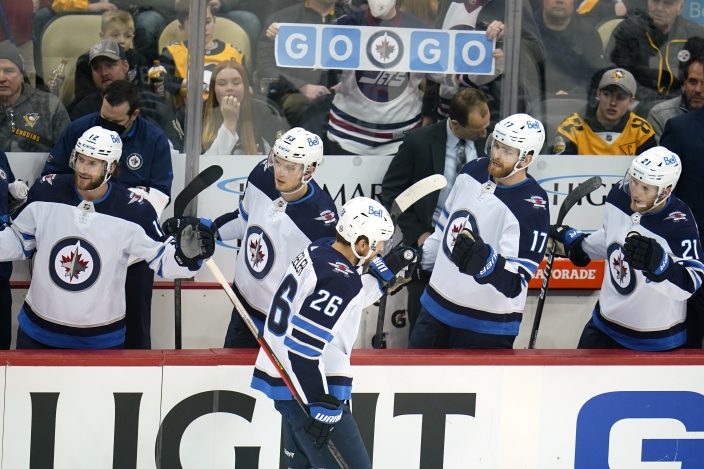 Winnipeg Jets' Blake Wheeler (26) returns to his bench after scoring during the first period of an NHL hockey game against the Pittsburgh Penguins in Pittsburgh, Sunday, Jan. 23, 2022. (AP PhotoGene J. Puskar)