DeMar DeRozan scored a season-high 41 points for Chicago, while Coby White had 22 points. Nikola Vucevic hit two of Chicago’s five 3-pointers and scored 13 points to go with his 13 rebounds before fouling out.

Ending a nine-game home losing streak, the Magic won at home for just the third time this season — and the first since Dec. 1. 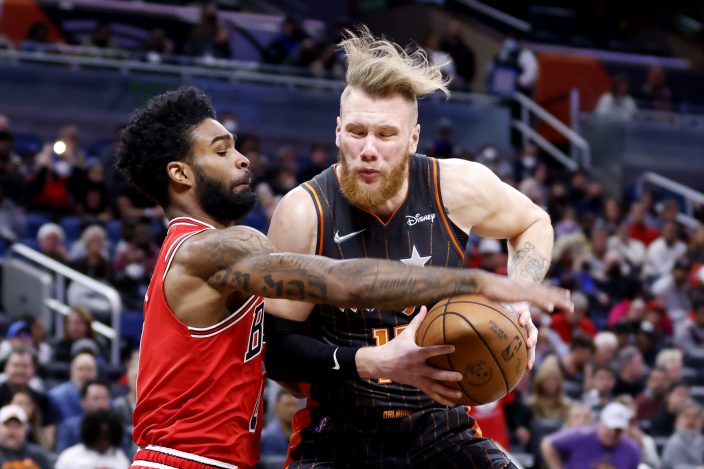 Wendell Carter Jr. had 19 points and seven rebounds for an Orlando team that led by as much as 20 points in the second half and had to withstand a third-quarter run by the Bulls.

DeRozan scored at least 30 points for the 12th time this season, but the Bulls dropped to 9-3 in those games. Chicago had just nine players available, and DeRozan scored 20 first-half points. 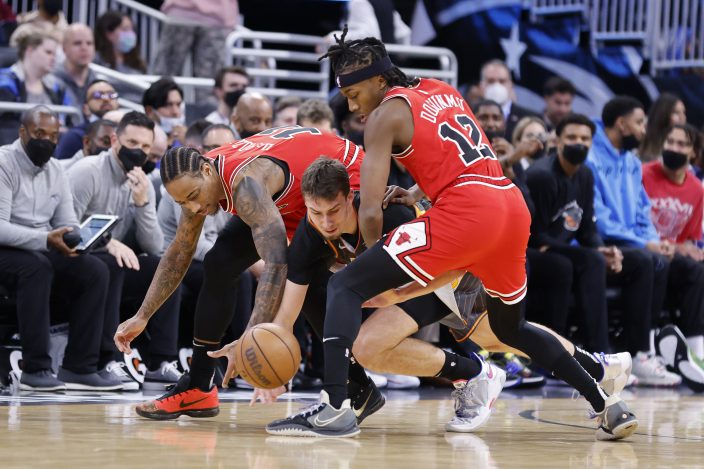 It was DeRozan’s fourth game this season in which he scored at least 30 points without attempting a 3-pointer and the seventh time with 30 points and no 3-point makes — both NBA highs.

But Chicago lost its second straight game, its seventh in the past nine and its fifth straight road game. The Bulls are without Zach LaVine, Lonzo Ball, Javonte Green and Alex Caruso — who has a fractured wrist after he was hit midair by Milwaukee’s Grayson Allen. Allen was suspended one game without pay on Sunday by the NBA for the hit.

Orlando led 71-51 midway through the third quarter before Chicago ripped off 10 straight points. The Magic responded with 3-pointers from Brazdeikis and Okeke and an Anthony dunk. 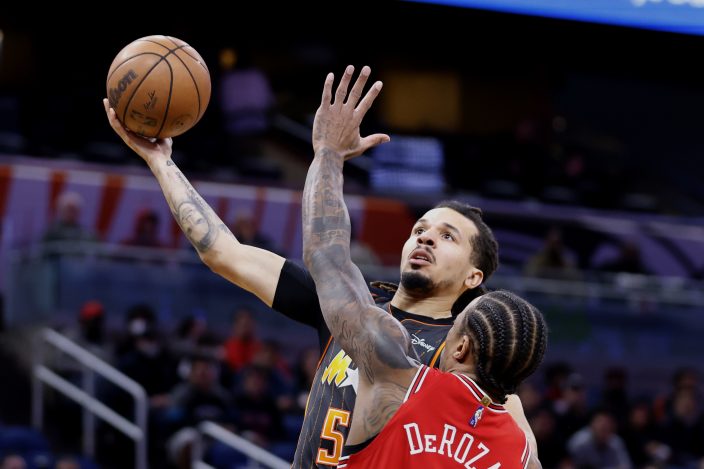 Orlando took an 85-74 lead into the fourth period — just the ninth time all season it had the lead after three periods.

Chicago missed its final four shots of the first half, allowing Orlando to put together an 11-0 run.

The Magic led 53-37 at the half — the third straight game it had a significant halftime edge. 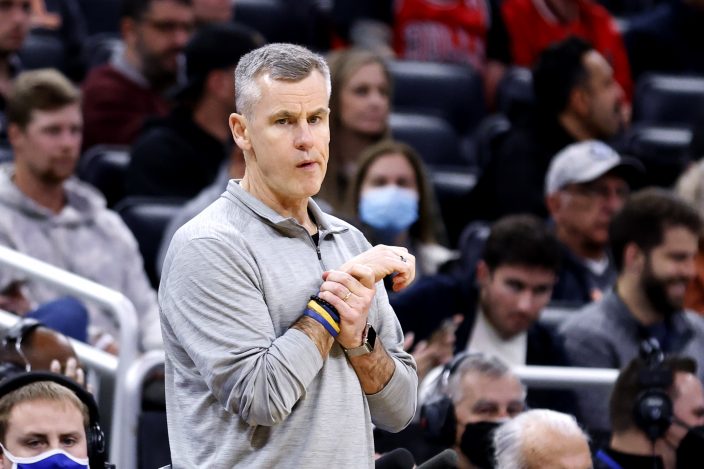 Chicago Bulls head coach Billy Donovan reacts in the first half of play against the Orlando Magic in an NBA basketball game, Sunday, Jan. 23, 2022, in Orlando, Fla. (AP PhotoJoe Skipper)

Orlando’s Wagner brothers combined for 23 points, four rebounds and four assists in the opening half.

Bulls coach Billy Donovan said LaVine and Green worked out in Chicago on Sunday morning and are scheduled to fly to Oklahoma City on Monday. If all goes well, they could potentially play on Monday night against the Thunder.

LaVine, who ranks second on the Bulls in scoring at 24.9 points per game, hasn’t played since injuring his knee on Jan. 14 in a loss to Golden State. The injuries to LaVine and Green have hurt more because Ball (knee surgery) and Caruso (wrist surgery) are out.

“He’s been on the floor working the last few days. He’s doing well and I spoke to him yesterday for a little bit,” Donovan said of LaVine. “He’ll fly to Oklahoma City with Javonte and they’ll be reevaluated to see if those guys will be able to play. (Sunday) morning went well with their work and we’ll see how they’re doing tomorrow, but there’s a possibility that both those guys could be available.”

Bulls: Caruso will have surgery on his right wrist Monday morning and is expected to miss 6-8 weeks.

Magic: Veterans Terrence Ross (right knee soreness) and Gary Harris (back spasms) were scratched about two hours before tipoff. Since tying a franchise record with 20 consecutive points and scoring 32 points on Jan. 9, Ross has scored just 36 points over the past six games. He’s attempted four or fewer shots in each of the past four games.