Fire swept through a three-story apartment building in suburban Denver before dawn Monday and a child died after firefighters rescued people unable to escape on their own, officials said.

Fire officials said that people couldn’t get down the stairs of the building during the fire in the city of Aurora and photos showed the outdoor staircases burned in the blaze. 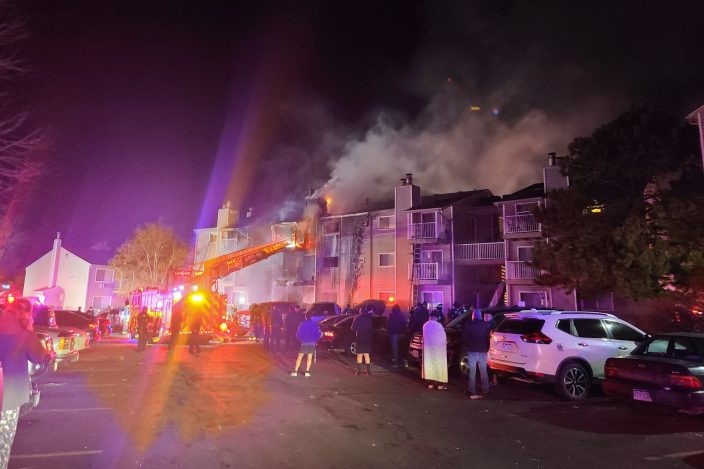 In this photo released by the Aurora Fire Rescue is the scene where a fire swept through a three-story apartment building in Aurora, Colo., Monday, Jan. 24, 2022. Officials in suburban Denver say that a child died after firefighters rescued people unable to escape on their own before dawn. (Aurora Fire Rescue via AP)

The child died in a hospital and three other people were taken to a hospital with non life-threatening injuries, Aurora Fire Rescue said in a series of tweets.

Authorities said 31 people were displaced by the fire. The cause is under investigation.