“Camera Man: Buster Keaton, the Dawn of Cinema, and the Invention of the 20th Century” by Dana Stevens (Atria; on sale now); and “Buster Keaton: A Filmmaker's Life” by James Curtis (Knopf; Feb. 15):

You might not know his name, but you probably carry an image of Buster Keaton in your head.

He’s the guy being chased through the streets by hundreds of policemen in the movie “Cops” (1922). He’s the lovesick train engineer sitting on a rising and falling locomotive rod as the engine pulls away in “The General" (1926). And that’s Keaton standing before a house as its front collapses in “Steamboat Bill Jr.” (1928), an open window saving him from being crushed. 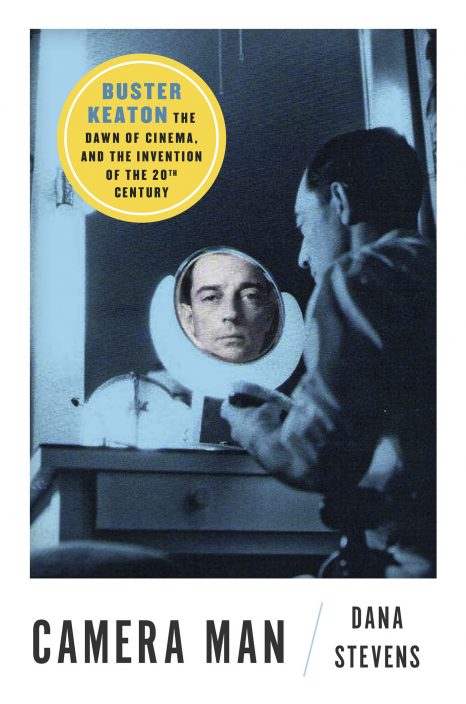 This image released by Atria shows "Camera Man: Buster Keaton, the Dawn of Cinema, and the Invention of the 20th Century" by Dana Stevens. (Atria via AP)

The 1920s were the years Keaton became an international star. The luster that comes with a centennial is reviving interest in his darkly funny view of life — a far cry from the sentimentality of Charlie Chaplin — and seems perfectly suited to today's pessimism.

Two new books offer the choice of a dip or a dive into Keaton's world. First up is “Camera Man" by Dana Stevens, a film critic for Slate who reconsiders Keaton in context of the tumult of the new century in which he thrived before withering under the strains of bad business decisions, bad marriages and way too much drinking.

Following close behind is “Buster Keaton: A Filmmaker’s Life" by veteran film biographer James Curtis, a cradle-to-grave account of a career that may have had more highs and lows than that of any other major film star. 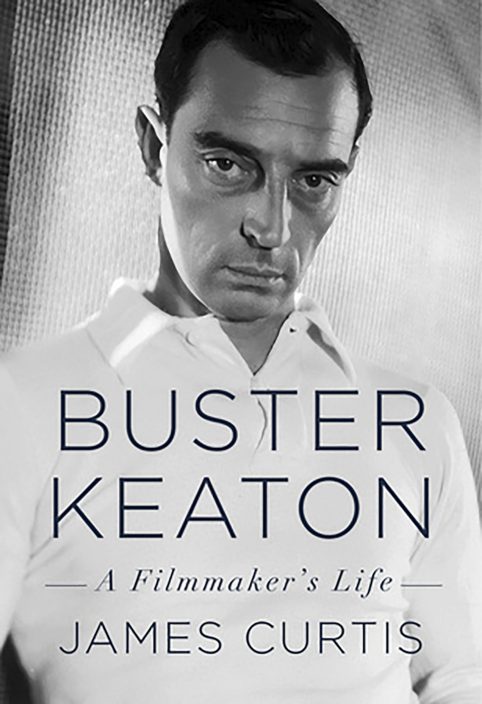 Keaton (1895-1966) learned the craft of comedy while growing up on the vaudeville circuit, first as a cute addition to his parents' act and later as its star attraction. A highlight involved Joe Keaton throwing his son across the stage, a precursor to the amazing stunts the grown-up Keaton would execute on film.

Keaton and the movies matured over the same years. In 1917 moving pictures were no longer a novelty when he was considering his future but rather vaudeville’s natural replacement as the people’s entertainment. Within weeks of breaking away from the family act he was coming up with gags for comic Roscoe “Fatty” Arbuckle’s film studio and learning the new medium. In a few years, Keaton was making movies under his own name, then ended the decade rivaling Chaplin and Harold Lloyd as the most reliable and inventive comic in Hollywood.

In “Camera Man,” Stevens employs insight and colorful detail in linking the critical turns in Keaton’s life to social and economic changes afoot in the U.S. For example, she notes how the Keaton family ran afoul of the Gerry Society, New York's ground-breaking child protective agency. She details how mail-order kit homes inspired Keaton's short comedy “One Week" (1920), in which a gift for newlyweds turns into a nightmare. Stevens also notes that the rise of Alcoholics Anonymous didn't, alas, inspire Keaton to lay off the bottle.

At times, though, Stevens reaches too far to make a point, such as exploring the history of the Childs restaurant chain because Keaton had breakfast there while contemplating his future. But such tangents can be a welcome diversion if you aren't that interested in the entirety of Keaton's story.

Those who are will feast on Curtis’ overstuffed book, which belongs in any film fan’s library for providing a close look at the silent era and all of Keaton’s efforts, whether big or small, triumph or failure. There were more of the latter after Keaton came under contract to MGM, a factory that treated him like any other component in a machine spitting out movies, not a genius who needed space to create.

The coming of sound was a stumbling block for a comic who didn't say funny things. The 1930s turned into a decade of popular and personal decline for Keaton. He ended up working at MGM for $100 a week creating gags for Red Skelton movies and others. Curtis recounts the lean years without letting Keaton off the hook for his part in undermining his own reputation.

History allows both Stevens and Curtis to end their books on higher, hopeful notes. Keaton's salvation was the next big thing in entertainment: television. He appeared on early live programs, including a few of his own, and found work in offbeat roles on “The Twilight Zone," ”Route 66" and other series well into the 1960s. And he lived long enough to be rediscovered and to enjoy rapturous applause at special screenings of his old movies.

Today, Keaton’s top films are available online, giving him a presence in yet another next-big-thing. No matter the medium, his comedy is like Vincent van Gogh’s brushwork: Better to see it than just hear about it.

Douglass K. Daniel is the author of "Anne Bancroft: A Life (University Press of Kentucky).