Can a music scene still develop the way grunge did in 1990's Seattle or hip-hop did in the Bronx in the 1970s? Or has the digital makeover of music made such geographical-based explosions obsolete?

It's a question that hovers over the Sundance Film Festival documentary “Meet Me in the Bathroom,” a vivid and shambolic time capsule of early 2000s New York when bands like the Yeah Yeah Yeahs, TV on the Radio, the Strokes, Interpol and LCD Soundsystem made the city — and Brooklyn in particular — one the last easily identifiable hotbeds of rock music.

The film, which debuted Sunday at Sundance, is directed by Dylan Southern and Will Lovelace, and adapted from Lizzy Goodman’s book, “Meet Me in the Bathroom: Rebirth and Rock and Roll in New York City 2001-2011." Focusing mainly on the first handful of those years, the documentary is an ode to an already far-gone era when a wave of bands revitalized New York's music scene, capturing the gritty romance of the city. Brief interludes of news footage hint at a broader digital narrative forming largely outside the scene's bubble: Y2K fears, the onset of Napster, the introduction of the iPod. 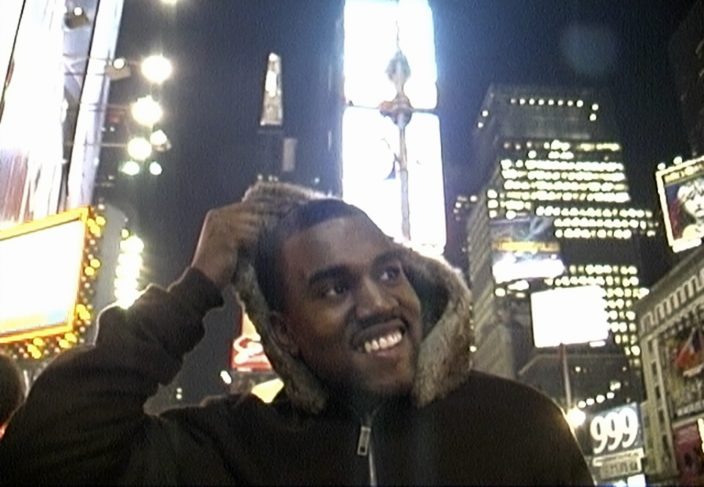 This image released by Netflix shows Kanye West in a scene from the documentary "jeen-yuhs: A Kanye Trilogy" premiering at the 2022 Sundance Film Festival. (Netflix via AP)

“One of the things we kept asking is: Is it even possible for a scene to emerge in one place with such intensity?” Southern, who with Lovelace made the 2012 LCD Soundsystem documentary “Shut Up and Play the Hits,” said in a recent interview. “Now the way we consume music is different, the way we listen or even make music is different. The Guardian newspaper, when they reviewed the book, they described it as a flashbulb moment before everything changed.”

“Everything is so democratized and spread out,” adds Lovelace. “People don’t seem to buzz around music the way they once did.”

At Sundance, though, there is always buzz around music documentaries. At last year's virtual festival, Questlove's “Summer of Soul (or ... The Revolution Will Not Be Televised)," which documented the 1969 Harlem Cultural Festival, was arguably the festival's biggest breakout hit. This year's Sundance, which is also happening virtually and runs through Sunday, abounds in music documentaries. Among this year's crop is the first film of a three-part Netflix documentary on Ye (formerly Kanye West), “jeen-yuhs," and the Sinéad O'Connor doc “Nothing Compares.” 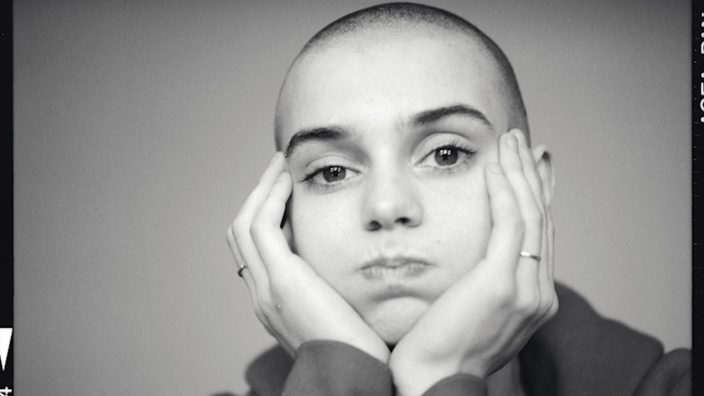 Sinéad O'Connor appears in an image from the documentary "Nothing Compares" by Kathryn Ferguson, an official selection of the World Cinema: Documentary Competition at the 2022 Sundance Film Festival. (Andrew CatlinSundance Institute via AP)

The films differ widely in subject and style but they each resurrect a musical past that feels very distant from our present.

In the first part of “jeen-yuhs," which debuts next month on Netflix, is a not-yet-famous Ye, struggling to score a record deal, selling beats and yearning for the kind of ubiquity that has followed, more or less nonstop, since his 2004 debut album, “The College Dropout." His hustle is all-consuming, as is his confidence. “Even me doing this documentary, it's a little narcissistic or whatever,” Ye says in a self-reflective moment that now seems prophetic.

But there are also tender scenes in the film, directed by Coodie and Chike, that speak to what propelled Ye in the first place — like the touchingly sweet support of his late mother, Donda. She's the most encouraging of mothers, rapping along to her son's lyrics and telling him, “You play tracks the way Michael Jordan shoots free throws.” 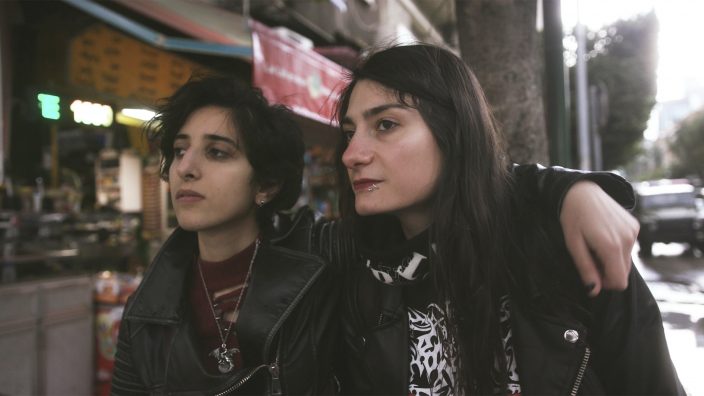 Lilas Mayassi, left, and Shery Bechara appear in "Sirens," a documentary by Rita Baghdadi, an official selection of the World Cinema: Documentary Competition at the 2022 Sundance Film Festival. (Rita BaghdadiSundance Institute via AP)

Such a maternal relationship never existed for O'Connor, who speaks about the abuse she suffered from her mother in Kathryn Ferguson's “Nothing Compares." In the collective memory, such as it is, O'Connor has been largely reduced to only a caricature — that fiery bald Irish singer who tore up an image of the pope on “Saturday Night Live.” But “Nothing Compares," by laying out O'Connor's life, which she discusses in off-camera interviews heard through the film, gives O'Connor's music and career the depth it deserves by tracing the pain it was forged in. She was just 20, and pregnant, when her 1987 debut album came out.

And from the start, O'Connor was ever-ready to confront injustice, whether it was the Catholic Church she had be schooled under, or even the Grammy Awards' ghettoizing of rap. Sometimes her protests came with self-aggrandizement, but you can't watch “Nothing Compares” (which unfortunately, since the Prince estate didn't allow it, doesn't include “Nothing Compares 2 U”) and not think that O'Connor's rage came from a genuine place. And the intervening years, which have seen much uncovered about long-concealed abuse by Catholic priests, have cast her criticisms in a different light.

“I was always being crazied by the media, made out to be crazy,” she says in film. But the abuse of children by priests, she says: “That was crazy." 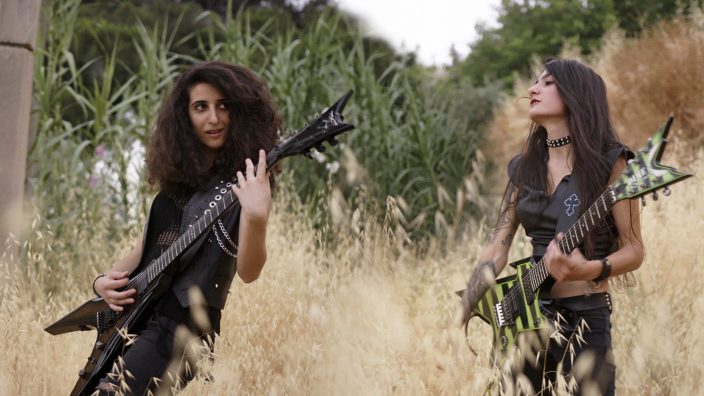 Lilas Mayassi, left, and Shery Bechara appear in "Sirens," a documentary by Rita Baghdadi, an official selection of the World Cinema: Documentary Competition at the 2022 Sundance Film Festival. (Rita BaghdadiSundance Institute via AP)

"Nothing Compares” suggests O'Connor, in speaking out the way she did, was ahead of her time. Yet the documentary stays largely in the past, effectively ending in the mid-'90s and not following O'Connor's life since her brief mega-stardom. A Sundance standing ovation might have been a crowning moment of redemption for O'Connor. The film's festival Q&A was canceled after O'Connor's 17-year-old son, Shane O'Connor, recently killed himself.

Southern and Lovelace made “Meet Me in the Bathroom” (the title comes from a Strokes song) mostly during the pandemic. Though they always intended to focus largely on archival footage, the circumstance led them to keep the film entirely in its period, without modern-day reflections. Instead, “Meet Me in the Bathroom” captures the feeling of limitless potential — of seemingly born-to-perform singers like Karen O and Julian Casablancas making their first steps onto a stage. The directors considered each thread a coming-of-age story.

“In a weird way, COVID helped us because in lockdown, people had time on their hands and they were happy to climb into the attic or go into their storage unit and find these things that had been there for 20 years,” says Southern. “What we didn’t want to do was make a typical behind-the-music rock-doc where you have talking head interviews with the bands 20 years later and it really takes you out of the time. We wanted as much as possible to situate the audience back in that time.” 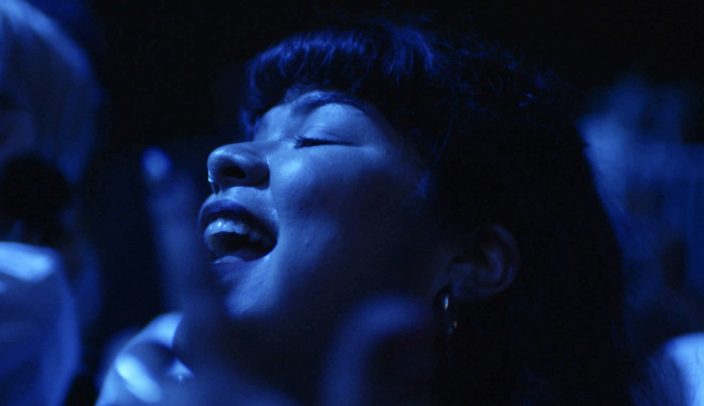 Doris Muñoz appears in "Mija," a documentary by Isabel Castro, an official selection of the NEXT section at the 2022 Sundance Film Festival. (Isabel CastroSundance Institute via AP)