The Trojans (17-2, 7-2 Pac-12), playing their third game in five days, fell behind by 12 points midway through the first half. They missed 15 of their first 18 and committed eight turnovers in the first 14 minutes before turning things around. Marreon Jackson led Arizona State (6-11, 2-5) with 21 points and Jalien Graham had 15. The Sun Devils (6-11, 2-5) — who have dropped five of their last six — were without coach Bobby Hurley and guard Jay Heath after both were suspended one game by Pac-12 commissioner George Kliavkoff for verbally confronting officials after Saturday’s 79-76 loss at Stanford. 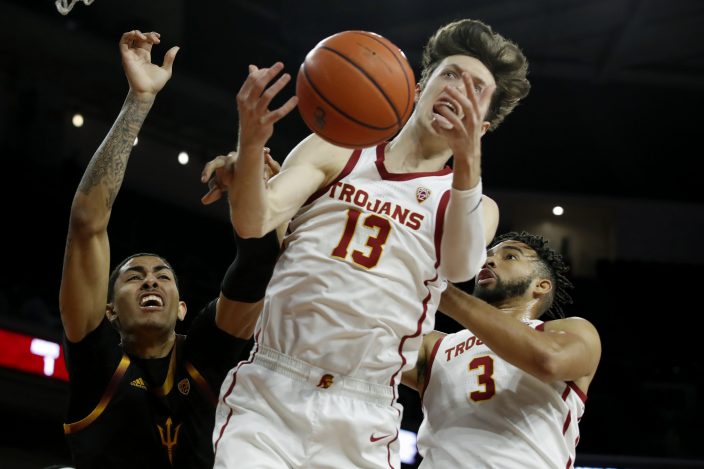 Graham’s jumper with 6:19 remaining in the first half gave Arizona State a 22-10 lead before USC stormed back with 16 straight points to grab the lead. The run included four straight 3-pointers — two apiece by Mobley and Dizon-Waters — before Boogie Ellis’ jumper put the Trojans on top 24-22 with 3:34 left.

This was the first home game where USC was able to have fans since Dec. 15. Only families and guests of players and coaches were permitted to attend games against Oregon State and Oregon due to COVID-19. USC returned to in-person classes on Monday after the first two weeks of the spring semester were conducted remotely.