Barcelona and the player have opted to avoid surgery and his recovery time should be reduced. The club did not say how long it expects Fati to be sidelined.

The 19-year-old Fati had to be replaced in the first half of extra time in the 3-2 loss to Athletic Bilbao in the round of 16 of the Copa del Rey last week. 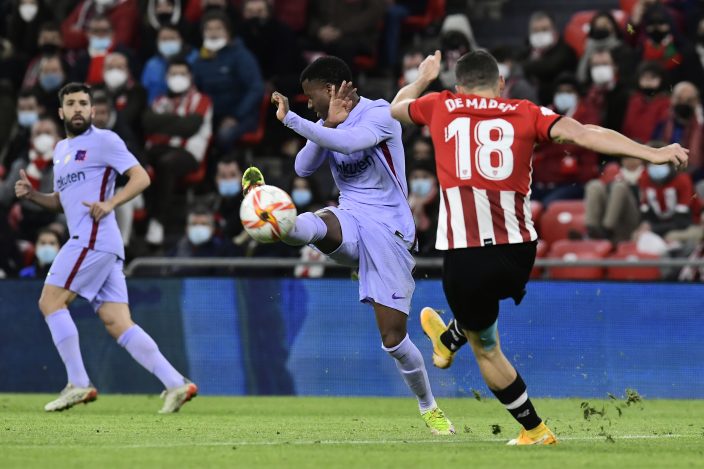 “Unfortunately I've been enduring the worst part of soccer,” Fait said on Twitter. “But I’ll never give up.”

Fati has played sparingly this season because of a series of injuries. He returned to action last week after being sidelined since November.

He has five goals in 10 games this season. He was a second-half substitute against Athletic.