It’s the second day of quarterfinals at Melbourne Park and second-seeded Daniil Medvedev is expecting one of the toughest challenges yet in his bid to win a second consecutive Grand Slam singles title when he plays 21-year-old Felix Auger-Aliassime. They've played twice recently — in the U.S. Open semifinals and in the ATP Cup this year, and the Russian player has won both matches. Medvedev took time to compliment both himself and the Canadian: “It means that we are doing pretty good job, I think, in our careers ... it’s later stages of the biggest tournaments in the world. Last two I managed to have the edge on him, but he’s a phenomenal player." Fourth-seeded Stefanos Tsitsipas will play Jannik Sinner in the other men's quarterfinal. In the women's quarters, Alize Cornet plays 2019 Australian Open semifinalist Danielle Collins in the opening match on Rod Laver Arena. Cornet needed 63 main-draw appearances to reach her first Grand Slam quarterfinal. In the other quarterfinal, 2020 French Open champion Iga Swiatek takes on Kai Kanepi. 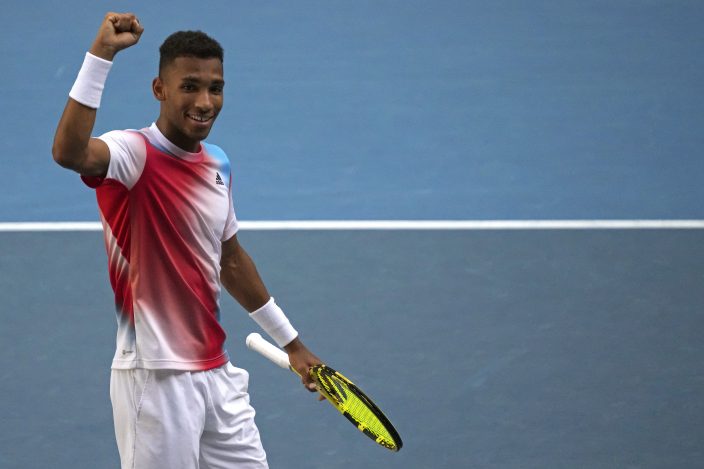 Felix Auger-Aliassime of Canada celebrates after defeating Marin Cilic of Croatia in their fourth round match at the Australian Open tennis championships in Melbourne, Australia, Monday, Jan. 24, 2022. (AP PhotoSimon Baker)

Cloudy with a chance of thunderstorms. High of 34 Celsius (93 Fahrenheit) 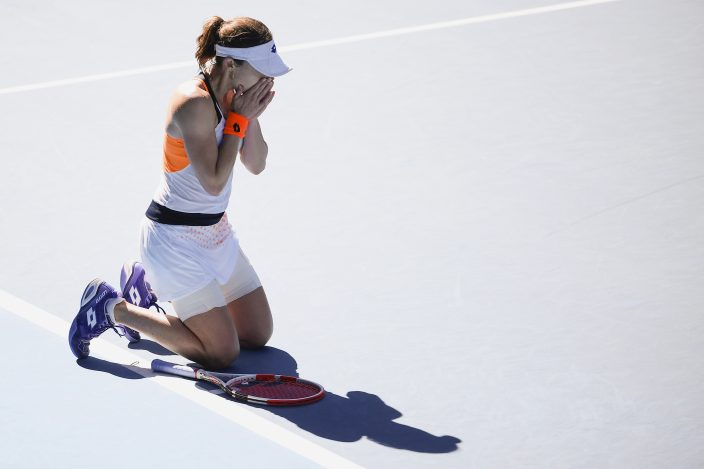 Alize Cornet of France reacts after defeating Simona Halep of Romania in their fourth round match at the Australian Open tennis championships in Melbourne, Australia, Monday, Jan. 24, 2022.(AP PhotoAndy Brownbill)

STAT OF THE DAY: 11: number of match wins by Madison Keys in January, matching her total from all of 2021.

QUOTE OF THE DAY: “I’m not 21 anymore. After this ... great to have two days off." Nadal, referring to the new schedule for the men's semifinals.