Kamui Kobayashi, one of the top endurance racers in the world, returns to the Rolex 24 at Daytona as the reigning World Endurance Champion and defending winner of the 24 Hours of Le Mans.

A successful outing this weekend in the twice-round-the-clock race at Daytona International Speedway would give Kobayashi a third Rolex watch in perhaps his final tour of the United States.

Kobayashi has driven for Toyota Gazoo Racing in WEC since 2016 and in December was given additional duties: Akio Toyoda in the offseason named Kobayashi its new team president. Both the Toyota Gazoo technical director and team director now report to the star driver, who will again team with Mike Conway and Jose Maria Lopez to defend both the WEC series championship and their Le Mans victory. 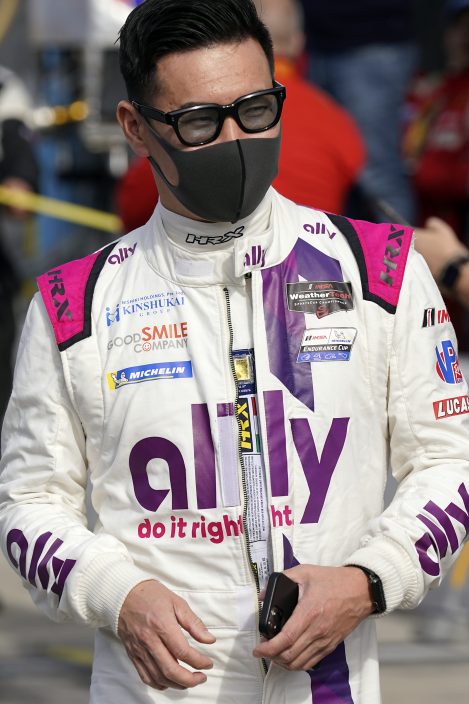 FILE - Kamui Kobayashi, of Japan, walks to his car on pit road before the start of the Rolex 24 hour auto race at Daytona International Speedway, Saturday, Jan. 30, 2021, in Daytona Beach, Fla. Kamui Kobayashi is rated as one of the best endurance racers in the world and returns to the Rolex 24 at Daytona seeking a third victory in the prestigious race. He's the reigning World Endurance Champion and winner of the 24 Hours of Le Mans, but wonders if this weekend's event in Daytona begins his final season of racing in the United States.(AP PhotoJohn Raoux, File)

The Japanese driver also plans to race in Super Formula this season, and he has a four-race deal with Jimmie Johnson and Action Express Racing to run the IMSA sports car endurance events starting with Daytona. Action Express fields a Cadillac and Kobayashi now both drives for and runs a Toyota team; 2023 regulation changes will make both cars eligible to compete in the same races.

So when the seven-time NASCAR champion asked Kobayashi to run the No. 48 Cadillac again this year, he eagerly added it to his schedule. Johnson, Kobayashi, Mike Rockenfeller and Simon Pagenaud last season finished second at Daytona.

“I think this is the last opportunity, maybe, to race here because next year will be the hypercar and it will be complicated,” Kobayashi told The Associated Press. “But I love to race in the United States because the atmosphere is spectacular, the spectators, they are always enjoying their time. It is quite different than European racing. 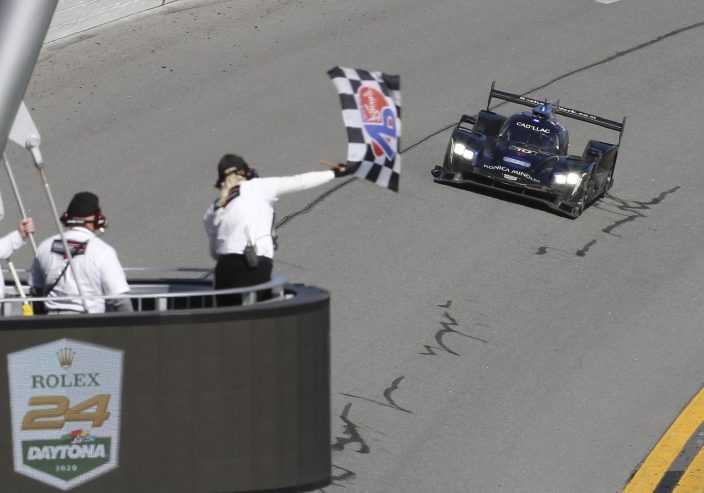 FILE - Konica Minolta Cadillac DPi-V.R driver Kamui Kobayashi takes the checkered flag to win the Rolex 24-hour auto race at Daytona International Speedway, Sunday, Jan. 26, 2020, in Daytona Beach, Fla. Kamui Kobayashi is rated as one of the best endurance racers in the world and returns to the Rolex 24 at Daytona seeking a third victory in the prestigious race. He's the reigning World Endurance Champion and winner of the 24 Hours of Le Mans, but wonders if this weekend's event in Daytona begins his final season of racing in the United States.(AP PhotoDavid Graham, File)

“I enjoy when you are in the paddock, I like the people, the people are kind, they talk freely and that's very important for me to enjoy because at the end of the day I am here because it is a job. But some points, I am here for passion in motorsports, as well. When I join a United States race, it is very different than what I've had over my career.”

Kobayashi did not give any indication that Toyota will join IMSA next season, and its Lexus program is already a mainstay in the GTD Pro and GTD classes. But the top IMSA class will be aiming for Le Mans in 2023, where Toyota Gazoo is a force with four consecutive victories in the biggest race in the world.

Make no mistake: The 35-year-old Kobayashi would be heavily involved in such discussions now that he runs the Toyota Gazoo race team in an unusual arrangement promoted by the head of Toyota.

“This opportunity is very important for myself. What Mr. Toyoda is requesting of myself as a team is to make the competitive part like the philosophy background of the driver," he said. "My boss says that motorsports will (rely) more on driver (speed) than engineering based.”

Forget that Kobayashi doesn't actually have any experience running a race team. But the new Toyota Gazoo boss already knows what will happen if its star driver does something that needs to be addressed.

“Fired!” Kobayashi the boss declared would be the result if Kobayashi the driver screws up. “If I am losing performance, of course, I will need to be fired.”

He is back at Daytona with his WEC co-champion Lopez, who makes his Rolex debut Saturday as the replacement for Pagenaud on the No. 48 Cadillac. Kobayashi suggested Lopez for the job because the two already work so closely together.

“I think when you look around the market, it's not too easy to find a driver you know well,” Kobayashi said. “The communication is going to be straightforward and this can be the best opportunity to win the race. We are not here to finish the race, we are here to win the race and that's why this was the best option for us.”

These are the types of decisions Kobayashi will now make on a fulltime basis as he dives into his new job as WEC team principal — a potential role after he retires as a driver. He is not close to retiring, he said, but Kobayashi admitted he was seeking a new challenge that Toyoda offered.

“I don't know if I can do it, but I have to do it," he said. "I will say what experience I have — nothing. I've never been a team owner. I was just a driver. But I love motorsports, I love to work, and I love to be part of a successful team. This was offered by Mr. Toyoda and he looked at how I work with the team, how I communicate with the team, our feedback, and he wanted it to be this way. I could not say no.”