Prime Minister Boris Johnson is bracing for the conclusions of an investigation into allegations of lockdown-breaching parties, a document that could help him end weeks of scandal and discontent, or bring his time in office to an abrupt close.

Senior civil servant Sue Gray could turn in her report to the government as soon as Wednesday. Johnson’s office has promised to publish its findings, and the prime minister will address Parliament about it soon after. 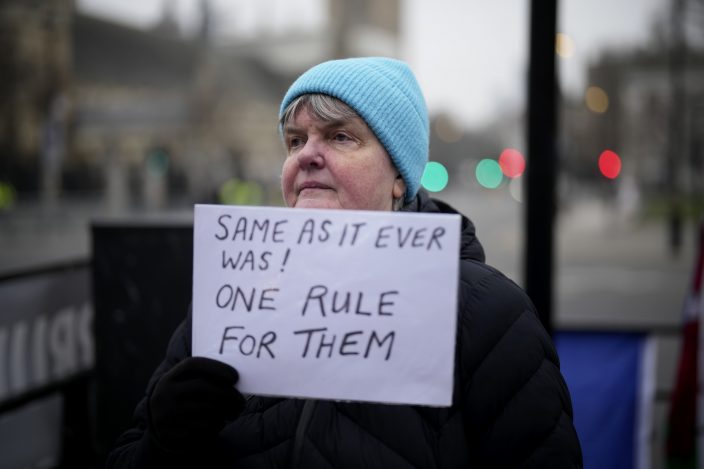 She said she couldn't guarantee the government would publish the full report, saying there could be “security issues that mean parts of it are problematic to publish. But we will absolutely publish the findings of the report.”

Allegations that the prime minister and his staff flouted restrictions imposed on the country to curb the spread of the coronavirus have caused public anger, led some Conservative lawmakers to call for Johnson’s resignation and triggered intense infighting inside the governing party.

Johnson has urged his critics to wait for Gray’s conclusions, but his “wait and see” defense weakened Tuesday when police said they had opened a criminal investigation into some of the gatherings. 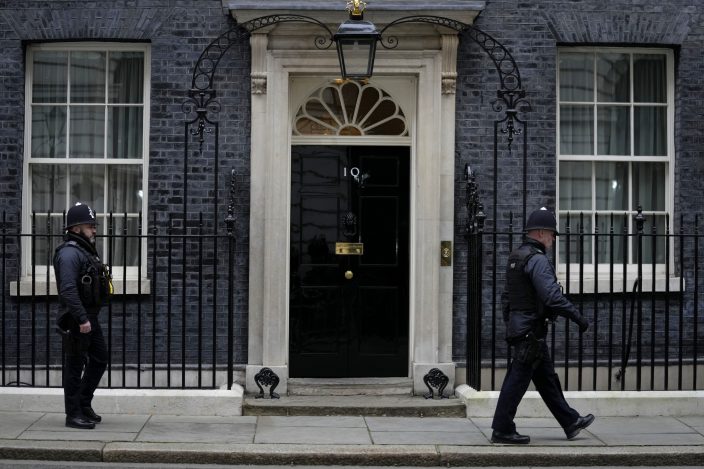 London’s Metropolitan Police force said at “a number of events” at Johnson’s Downing Street office and other government buildings met the force’s criteria for investigating the “most serious and flagrant” breaches of coronavirus rules.

Gray is investigating claims that government staff held late-night soirees, boozy parties and “wine time Fridays” while Britain was under coronavirus restrictions in 2020 and 2021.

The “partygate” allegations have infuriated many in Britain, who were barred from meeting with friends and family for months in 2020 and 2021 to curb the spread of COVID-19. Tens of thousands of people were fined by police for breaking the rules.

Johnson and his allies have tried, without much success, to calm a scandal that is consuming government energies that could be better spent confronting the international crisis over Russia’s military build-up near Ukraine and a far-from-finished coronavirus pandemic.

Johnson has apologized for attending one event, a “bring your own booze” gathering in the garden of his Downing Street offices in May 2020, but said he had considered the party a work gathering that fell within the rules

His office and supporters have also defended a June 2020 surprise birthday party for the prime minister inside Downing Street.

“It was not a premeditated, organized party … He was, in a sense, ambushed with a cake,” Burns told Channel 4 News.