Pope Francis said Wednesday he is suffering from an inflamed ligament in his right knee that makes walking and going up and down stairs painful.

Francis told his weekly general audience that he had been informed that the inflammation usually only afflicts older people.

“I don’t know why it happened to me,” the 85-year-old pope quipped, drawing applause from the crowd. 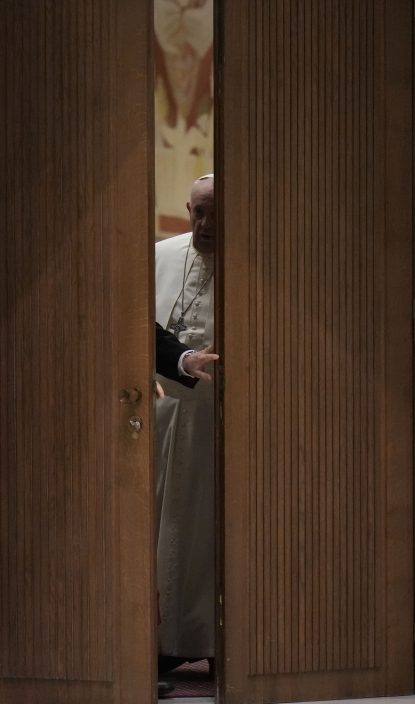 Francis, who has long suffered from sciatica nerve pain that makes him walk with a pronounced limp, cited the new knee pain in explaining why he wouldn’t go down the steps of the Vatican audience hall to greet the pilgrims in the crowd. Instead, a handful of guests were brought up to the stage.

Francis had mentioned the leg pain last week in explaining that he would remain seated during a different audience. Over the years, he has apologized when he has missed liturgies or had to sit down during events that would otherwise require him to stand.

The Argentine Jesuit enjoys generally good health, though he had 33 centimeters (13 inches) of his large intestine removed last July. Francis also had a part of one lung removed when he was a young man after a respiratory infection. 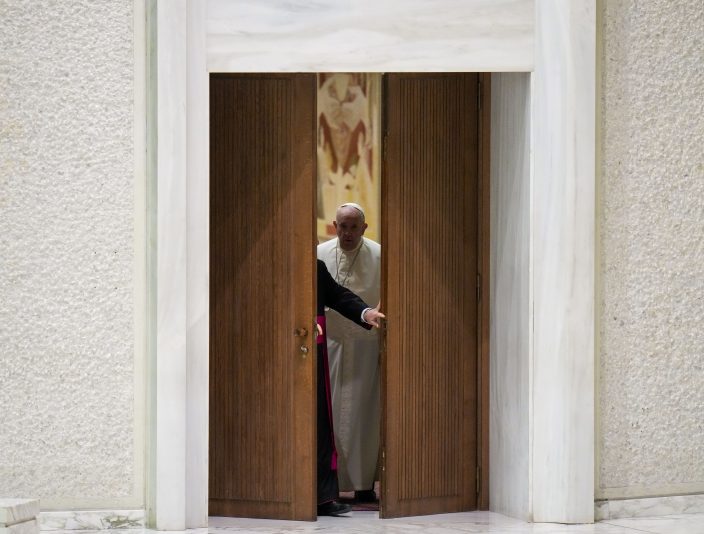