The Vatican on Wednesday strongly defended Pope Benedict XVI’s record in fighting clergy sexual abuse and cautioned against looking for “easy scapegoats and summary judgments," after an independent report faulted his handling of four cases of abuse when he was archbishop of Munich, Germany.

The Holy See’s editorial director, Andrea Tornielli, provided the Vatican's first substantial response to the report in an editorial that appeared on the Vatican's media portal, Vatican News. In it, Tornielli recalled that Benedict was the first pope to meet with victims of abuse, that he had issued strong norms to punish priests who raped children and had directed the church to pursue a path of humility in seeking forgiveness for the crimes of its clerics.

“All this can neither be forgotten nor erased,” Tornielli wrote. 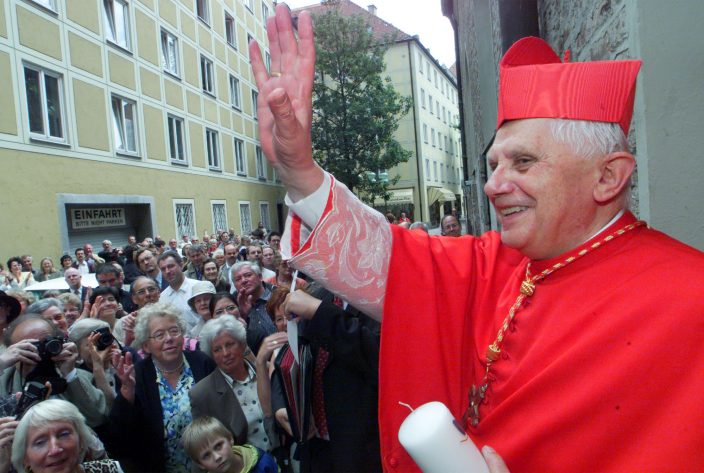 FILE - The Vatican's Prefect for the Doctrine of the Faith, Cardinal Joseph Ratzinger, later to become Pope Benedict XVI, waves to faithful following a mass on the occasion of the 50th anniversary of his priest ordination in the cathedral of Munich, southern Germany, July 8, 2001. The Vatican on Wednesday, Jan. 26, 2022 strongly defended Pope Benedict XVI’s record in fighting clergy sexual abuse and cautioned against looking for “easy scapegoats and summary judgments,” after an independent report faulted his handling of four cases of abuse when he was archbishop of Munich, Germany. (AP PhotoDiether Endlicher, File)

A German law firm released the lengthy report last week that had been commissioned by the German church to look into how cases of sexual abuse were handled in the archdiocese between 1945 and 2019. Benedict, the former Cardinal Joseph Ratzinger, headed the archdiocese from 1977 to 1982, when he was named to head the Vatican’s Congregation for the Doctrine of the Faith.

The report’s authors faulted Ratzinger’s handling of four cases during his time as archbishop, and also faulted his predecessors and successors for their own misconduct in allowing predator priests to remain in ministry.

Through his secretary, the 94-year-old Benedict has said he would respond to the findings in due time. He has already acknowledged an editorial error in his own submission to the researchers about a 1980 meeting in which a pedophile priest’s transfer to Munich was discussed. Benedict acknowledged this week that he indeed attended the meeting but denied that his return to pastoral work was discussed at the time. The priest later received a suspended sentence for molesting a boy. 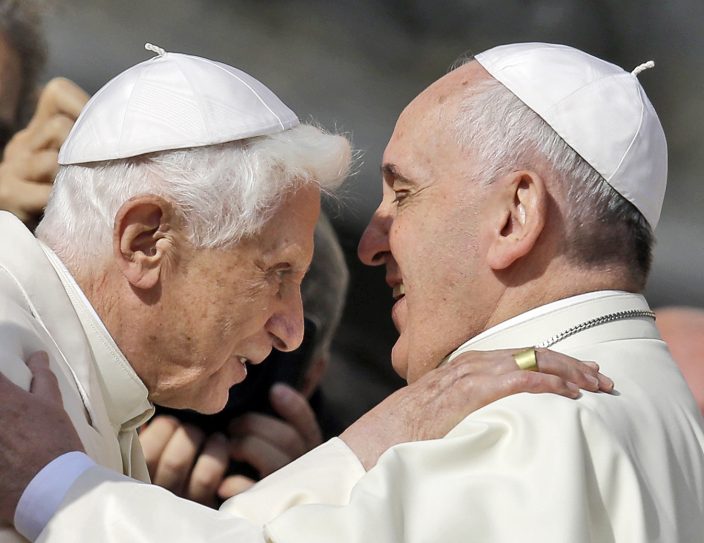 FILE - Pope Francis, right, hugs Pope Emeritus Benedict XVI prior to the start of a meeting with elderly faithful in St. Peter's Square at the Vatican, Sunday, Sept. 28, 2014. A long-awaited report on sexual abuse in Germany’s Munich diocese on Thursday faulted retired Pope Benedict XVI’s handling of four cases when he was archbishop in the 1970s and 1980s. (AP PhotoGregorio Borgia, File)

Tornielli didn’t comment on the details of that case or any other, though he lamented that so much attention had “predictably” been paid to Benedict's four-year term as archbishop in the media. He focused instead on Benedict’s tenure as prefect of the doctrine office, from 1982-2005, and then as pope, from 2005-2013, when he retired.

While he was prefect of the doctrine office, Ratzinger in 2001 directed all cases of clergy sex abuse to be sent to his office for processing, after he saw that bishops around the world were moving rapists from parish to parish rather than punishing them under the church’s in-house canon law. During the final two years of his pontificate, Benedict defrocked nearly 400 priests for abuse.

Tornielli noted that victims were often treated a “enemies” of the church, and that Ratzinger helped change that mentality by listening to victims and asking their forgiveness, even against the wishes of conservatives who considered media reports of abuse an attack on the church. 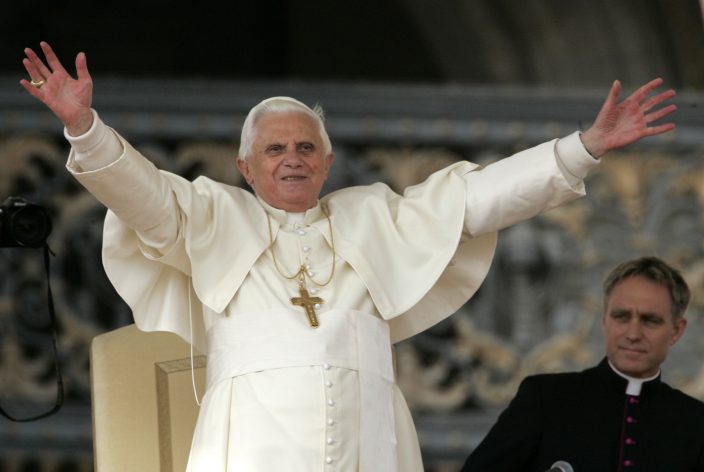 FILE -Pope Benedict XVI acknowledges cheers from faithful and pilgrims during the weekly general audience in St. Peter's square at the Vatican, Wednesday, Oct.24, 2007. At right is the Pope's personal secretary Georg Genswein. Retired Pope Benedict XVI has corrected an assertion that he didn’t attend a 1980 meeting at which the transfer of a pedophile priest to his then-diocese was discussed. His secretary says an editorial error was responsible for the claim that the authors of a report on sexual abuse said lacked credibility. (AP PhotoPlinio Lepri,file)

“It was Benedict XVI, even against the opinion of many self-styled ‘Ratzingerians,’ who upheld, in the midst of the storm of scandals in Ireland and Germany, the face of a penitential Church, which humbles itself in asking for forgiveness, which feels dismay, remorse, pain, compassion and closeness,” he wrote.

Tornielli noted that the Munich report was not a judicial sentence and said it will only help combat the problem if the information is “not reduced to the search for easy scapegoats and summary judgments.”

The current archbishop of Munich, Cardinal Gerhard Marx, is due to hold a news conference Thursday to discuss the report's findings. 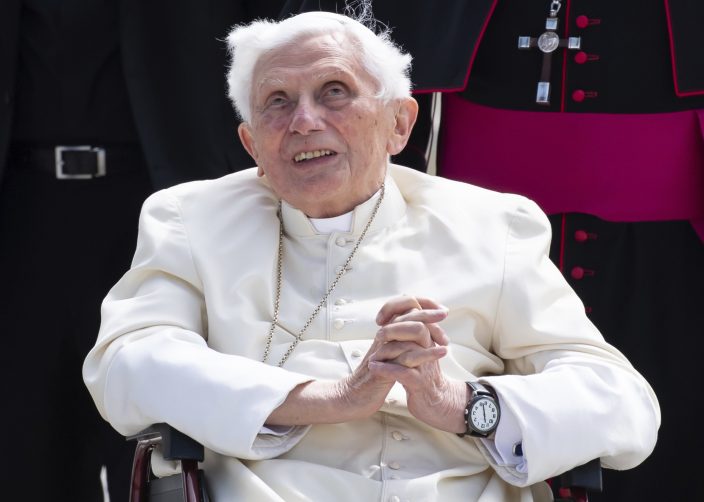 FILE---Emeritus Pope Benedict XVI arrives for his departure at Munich Airport in Freising, Germany, June 22, 2020. A long-awaited report on sexual abuse in Germany’s Munich diocese on Thursday faulted retired Pope Benedict XVI’s handling of four cases when he was archbishop in the 1970s and 1980s. (Sven Hoppedpa via AP, file)