There are two women who Chanté Adams always thanks before hitting the stage each night on Broadway: her grandmothers, together in a picture frame in her dressing room.

“Those are my angels that kind of watch over me, my ancestors that provide guidance. It’s their prayers that got me here," she says before joining her cast at the Samuel J. Friedman Theatre for “Skeleton Crew.”

“There’s just something about having that photo there that makes them feel like they’re here with me and able to witness. That is the fuel that kind of pushes me and keeps me going.” 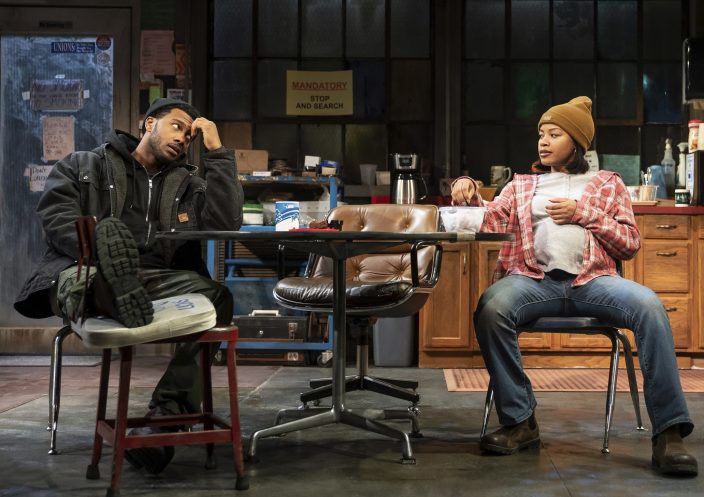 Adams' grandmothers are watching over their granddaughter having a very fruitful start to 2022, with a role in Denzel Washington's movie “A Journal for Jordan” and a role in the upcoming TV series “A League of Their Own.” In between, she's making her Broadway debut in a play by Dominique Morisseau.

In “Skeleton Crew,” Adams plays Shanita, a very pregnant single mom and second-generation factory worker in Detroit. The play is set in an auto stamping plant's break room in 2008, just as the last recession was starting to bite. Shanita and her two fellow autoworkers, living paycheck-to-paycheck, and their supervisor worry about the future.

“Shanita is the dreamer of the play. She represents life. She’s bringing life into the world,” says Adams. “She has a lot on the line, a lot to lose, and she’s in a place where her priorities are shifting right now.” 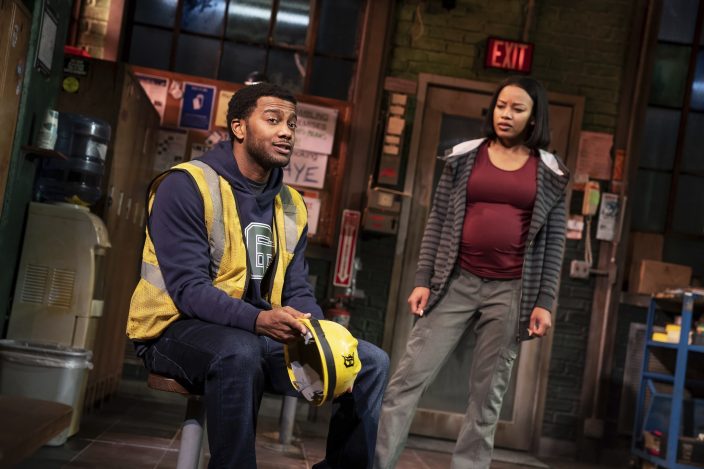 Shanita likes her job, though it's physically demanding. She enjoys the respect she gets on the line, proud of the skills she has developed. She's helping construct an important item — cars. “I’m building something that you can see come to life at the end,” is one of her lines.

Adams hopes Broadway audiences come away with more than just a glimpse at the stresses faced by the workers making cars in Detroit.

“We want people to look at us on that stage and to see the laborers around them, the people who package their boxes, the people who deliver their groceries, all of the people that go thankless every day," she said. "That’s who we are representing.” 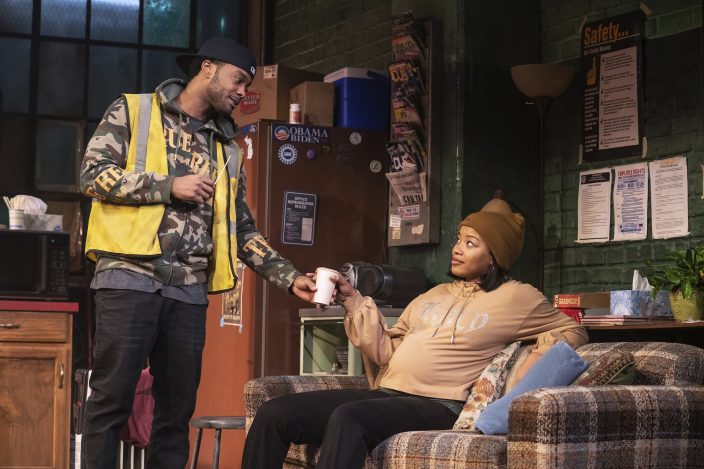 It's fitting that Adams makes her Broadway debut in a play by Morisseau. Both hail from Detroit and even attended the same high school, albeit at different times. It was Morisseau who organized a gathering of stage pros when Adams visited New York in 2011 with fellow drama students. The meeting prompted Adams to an important conclusion.

“It was after that night that I decided that I wanted to be an actor, that this was something that I wanted to do," said Adams. "So I have a very strong connection to Dominique. I wouldn’t be in this career, probably, if it wasn’t for her.”

The fact that Santiago-Hudson is her director is also a bit of a full-circle moment. It was he who hired her for her first acting gig out of Carnegie Mellon University — a spot in August Wilson's “Ma Rainey’s Black Bottom” at Two River Theater in New Jersey in 2016.

“Any time he calls or needs anything, I will drop whatever. I will be there,” she said. “To be able to work with him again is also very special. And to be able to do a play about my city, about my people, written by someone that I admire and I’m inspired by, it’s just very special and extremely divine.”

Santiago-Hudson recalls vividly the audition Adams gave, saying she was obviously green, but the room lit up when she entered. When she left, he told the casting director she was what he wanted for the role. The casting director reminded him that Adams had no credits. “She's ready to get one,” he replied.

“She is a phenomenal actor and she doesn’t even know it yet,” he adds." She’s in her 20s. She shouldn’t know the incredible heights that she is going to reach if she continues to do what she’s doing because it’s all there. This is the whole package — the generosity, the humanity, integrity, intellect. And then on top of all of that, it’s the talent."

Adams' career has been off and running since that first gig — rapping in the biopic “Roxanne Roxanne,” for which she received the Sundance Special Jury Prize for Breakthrough Performance, and roles in “Bad Hair" and “Monsters and Men,” as well as playing the estranged mother of Issa Rae's character in “The Photograph.”

“I’m attracted to characters that are layered and complex and provide an emotional landscape that I can play around with and work with. I never want to play anything or do anything that’s very one note, that keeps me in some type of box. I love a complicated character,” she said.

The stage will always be a draw even though she's being directed these days by film royalty like Denzel Washington. In fact, that's why she returns to the live experience.

“I look at the actors that have inspired me, I look at people like Viola Davis and Denzel, of course, and Ruben as well — they all go back to the stage,” she said. “Denzel told me that all great actors need to work in theater, and that’s something that I remember and that I’m going to keep with me.”