Barty is attempting to become the first Australian woman in 44 years to win the Australian singles title. The reigning Wimbledon and 2019 French Open champion holds a 2-1 career edge over Keys, including a win the last time they played in the quarterfinals at Roland Garros in '19, but she’s wary of the American’s array of shots. “Maddie is an exceptional athlete, she has a great serve, great first-strike off the return and off her first ball after her serve,” Barty said. “A lot of the time it’s about trying to put her in an uncomfortable position." 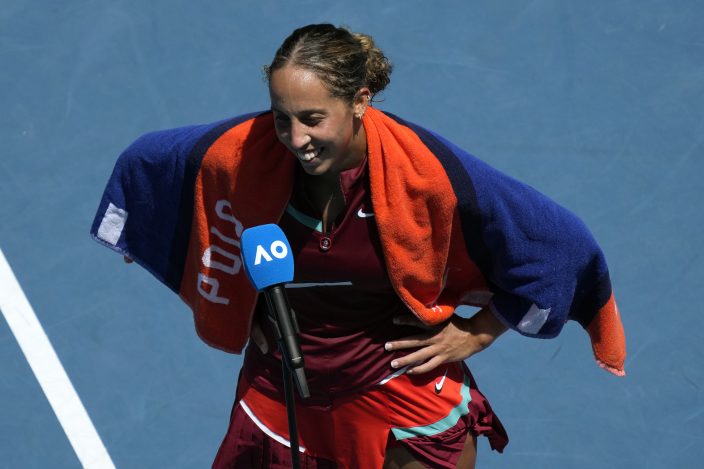 Madison Keys of the U.S. is interviewed after defeating Barbora Krejcikova of the Czech Republic in their quarterfinal at the Australian Open tennis championships in Melbourne, Australia, Tuesday, Jan. 25, 2022. (AP PhotoSimon Baker)

Keys enters the semifinals on a 10-match winning streak and 11 overall this year, matching her entire win total from 2021. Keys won the Adelaide International tournament earlier this month and has another five wins so far at Melbourne Park. Keys, who reached her first Australian Open semifinal as a teenager in 2015, said: “I’m a little bit more prepared this time around than I was all those years ago."

Collins has tied her best previous performance at Melbourne Park — she reached the semifinals in 2019, her previous best Grand Slam result. 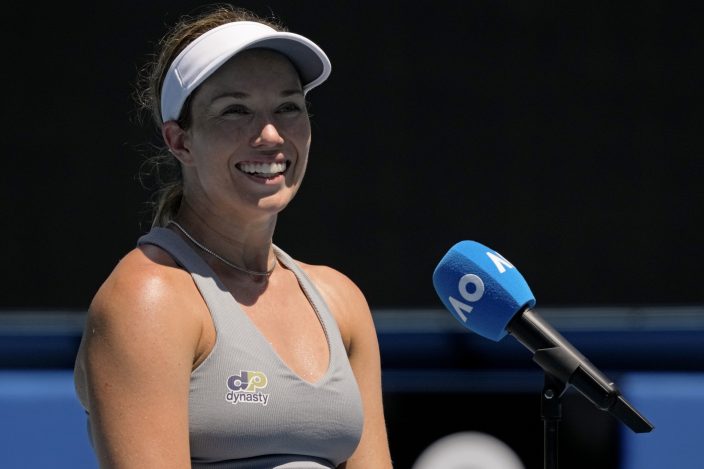 Danielle Collins of the U.S. reacts as he is interviewed following her win over Alize Cornet of France in their quarterfinal match at the Australian Open tennis championships in Melbourne, Australia, Wednesday, Jan. 26, 2022. (AP PhotoSimon Baker)

Cloudy with a chance of thunderstorms. High of 33 Celsius (92 Fahrenheit) 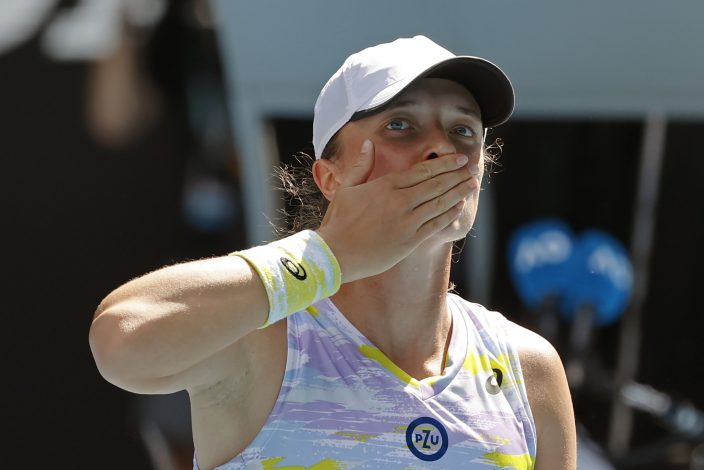 74 — Minutes between Medvedev saving match point in the fourth set and sealing his quarterfinal win in the fifth.

QUOTE OF THE DAY: “I have eternal respect for the Grand Slam winner because it’s such a long way. My God, I have the feeling I’m playing this tournament for a year. I’m so exhausted mentally, physically. When you go all the way and win these freaking seven matches, it’s just huge.” — the 32-year-old Cornet, who took 63 Grand Slams tournaments to reach the quarterfinals.