Finishing a book is usually cause for celebration. Not for actor Brian Cox.

The book in question, “Putting the Rabbit in the Hat,” out now, chronicles the actor’s journey from humble beginnings in Dundee, Scotland, to being the toast of Hollywood, thanks to his Emmy nominated role in hit drama “Succession.”

He said completing the book caused him to sink into a depression over the Christmas and New Year period, adding that he hopes it “hasn’t put a full stop” on his life. 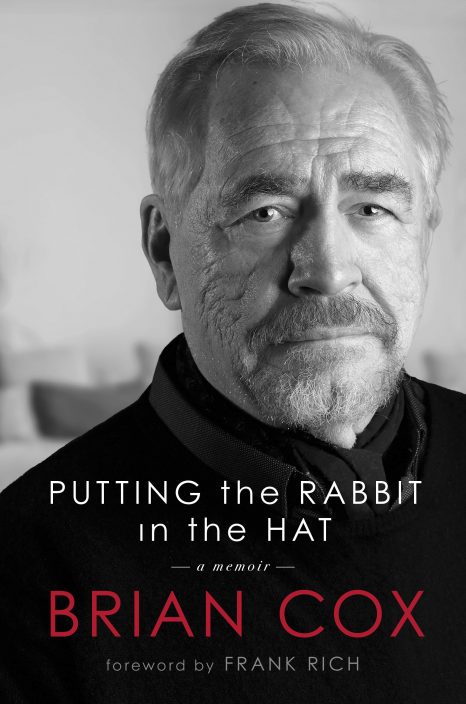 Despite his concerns, the veteran actor found the experience “liberating and cathartic,” allowing him to honor his late parents, who Cox describes as “two very tragic figures in my life.” His father, Charles, died when Cox was 8, and his mother, Mary Ann Guillerline, had several nervous breakdowns.

Born in 1946, as one of five children, Cox describes his childhood as “bloody tough and bloody lonely” — and he thinks his struggles will surprise readers.

Despite the hardships of his youth, Cox describes his journey into acting as smooth, thanks partly to the social mobility of the 1960s. He’s not sure if working class actors would be afforded the same opportunities in 2022.

“God bless Dominic West and Benedict Cumberbatch and Eddie Redmayne and all that. And they’ve done very well. And I don’t question their talent, they’re certainly talented. But what about the others? What about the lost ones?” he said.

He jokes that people might also be surprised by his outspokenness throughout the book, but adds that “maybe some people think, ‘Well, he’s always had a big mouth, Cox, so it’s understandable.’”

This outspokenness is echoed by Logan Roy — the foul-mouthed patriarch Cox plays in HBO’s Emmy winning comedy “Succession.” The success of the show has seen Roy’s catchphrase follow him wherever he goes.

He said he recently went to a New York Knicks basketball game and a big section of the crowd serenaded him with one of Roy's more signature expletives. Cox said his Roman Catholic mother would be horrified that her son is now synonymous with an obscenity.

The writers of “Succession” are currently plotting season four and Cox is waiting to see what fate befalls Logan.

“I don’t know what it’s going to be, we never know until it is because that’s not the deal. The deal is the scripts are out, you do it,” said Cox, smiling.

He says that some of his fellow cast members lobby the writers with their ideas about character arcs for the upcoming series, which are “dutifully ignored,” adding, “They never learn the lesson that the writers are not interested in what the actor wants to present for himself.”

In fact, he is content with exactly how Logan is written: “There’s a secret element to Logan that you can’t really get into him. His mystery is quite important to me,” he said.