Jeff Carter still has plenty of hockey in front of him.

The veteran Pittsburgh Penguins forward agreed to a two-year contract extension with the team on Wednesday that runs through the 2023-24 season. The deal carries an average annual value of $3.125 million.

The 37-year-old Carter, a two-time Stanley Cup champion with the Los Angeles Kings, has flourished since arriving at the trade deadline last spring. He scored nine goals in 14 games following his acquisition and doesn't appear to be slowing down in his 17th season. 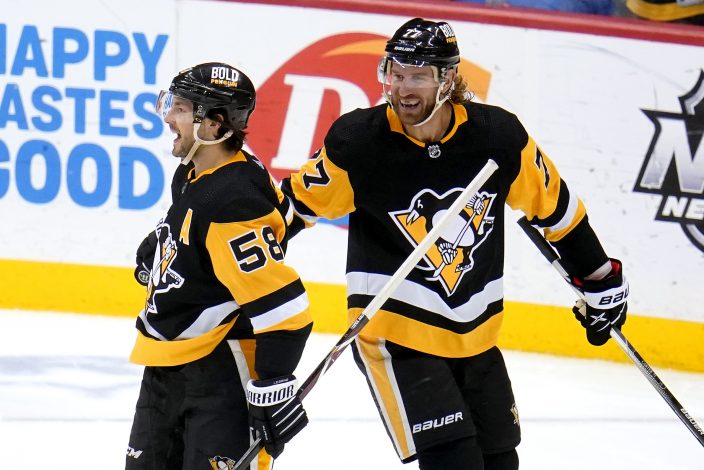 Pittsburgh Penguins' Kris Letang (58) celebrates with Jeff Carter after scoring during the third period of an NHL hockey game against the Arizona Coyotes in Pittsburgh, Tuesday, Jan. 25, 2022. It was Letang's second goal of the 6-3 Penguins win. (AP PhotoGene J. Puskar)

Carter is one of seven active players with 400 career goals. He has 12 goals and 14 assists in 36 games this season for the Penguins, who have won 17 of 19 to move into second place in the heated Metropolitan Division at the season's midway point.

The two-time All-Star indicated recently he planned to play through the end of his old deal, which expired at the end of this season. 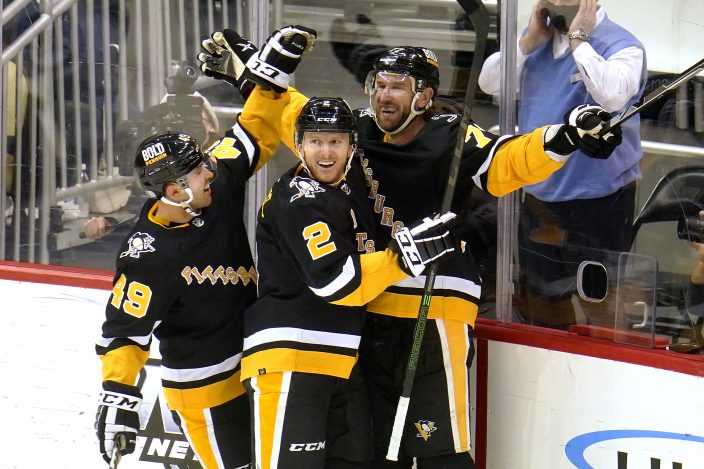 Pittsburgh Penguins' Jeff Carter, right, celebrates after scoring during the third period of an NHL hockey game against the Winnipeg Jets in Pittsburgh, Sunday, Jan. 23, 2022. The Penguins won in a shootout 3-2. (AP PhotoGene J. Puskar)