Rather than promise a quick turnover, new general manager Joe Schoen promised to build the New York Giants the right way while keeping in mind he wants to see improvement every season.

The fresh-faced 42-year-old Schoen was introduced as the Giants general manager on Wednesday, taking over a team that has had five straight double-digit losing seasons and made the playoffs once since the 2011 season.

“It is not going to happen overnight,” said Schoen, who is taking over a team lacking in talent and with little cap space available for free agency. He faces some difficult personnel decisions in the next month for a team that went 4-13 this past season. 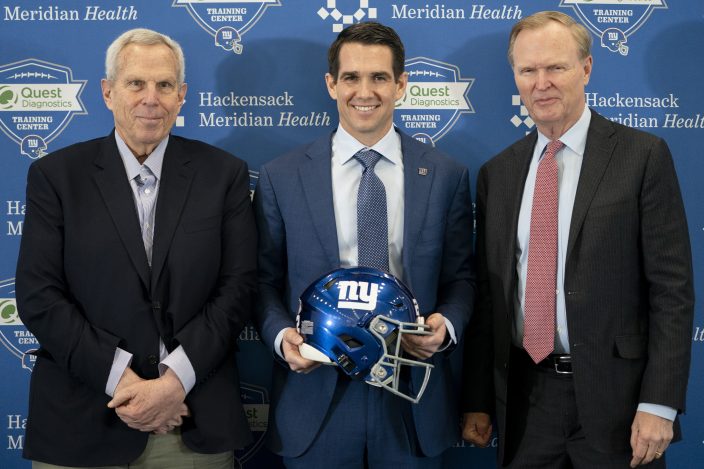 If that sounds like something recently fired coach Joe Judge might say, well it was. Judge talked a lot about following the process. The Giants just didn't win under Judge, who was 10-23 in two seasons.

Schoen needs to hire a new coach. He has already spoken with Bills offensive coordinator Brian Daboll twice, and once apiece with defensive coordinators Leslie Frazier of the Bills, Lou Anarumo of the Bengals and Dan Quinn of the Cowboys. He was to speak with Giants defensive coordinator Pat Graham on Wednesday and recently fired Miami head coach Brian Flores on Thursday. Frazier is getting a second interview on Friday. 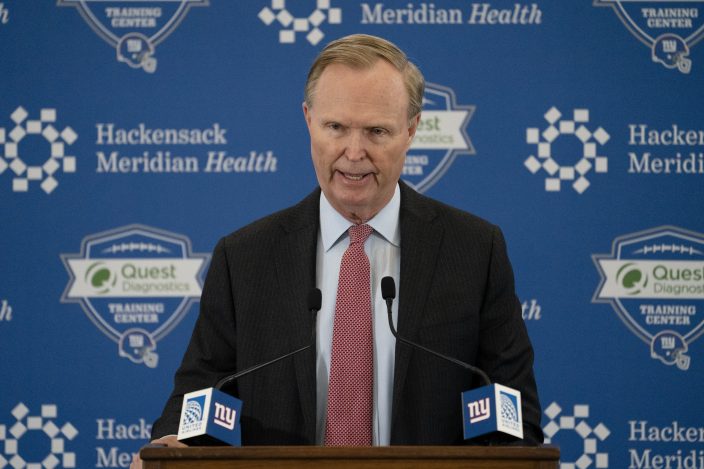 Schoen said a new coach could be hired soon, but there might be other candidates who get interviews if he and co-owners John Mara and Steve Tisch can't agree on a coach.

Mara is hoping Schoen, the former Buffalo Bills assistant general manager, is the answer to the Giants' woes. The most recent time they made the postseason was in Ben McAdoo's first season in 2016. 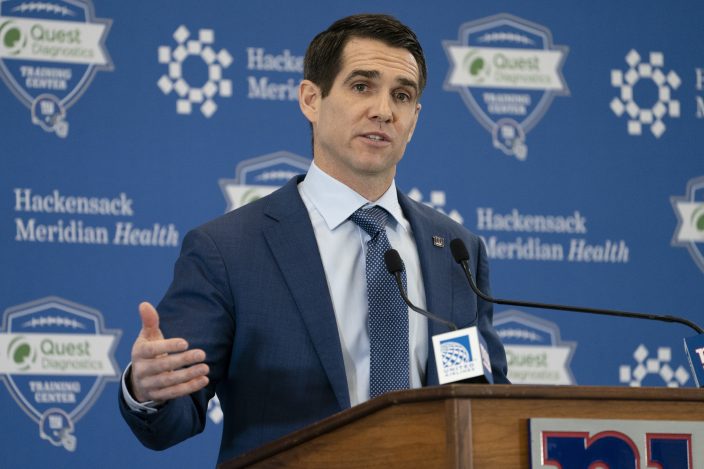 Dave Gettleman, who retired as general manager on Jan. 10, had replaced the fired Jerry Reese in December 2017. The Giants went 19-46 in his four-year tenure.

“I’m dying to get off of this train," Mara said. "I hate to be in a position that we’re in right now. I want continuity. I want somebody who’s going to be in the building for a long period of time. I don’t want to do another one of these press conferences for many, many years.”

Mara didn't do much research into Schoen's background until roughly two months ago. He was the first of nine candidates the Giants interviewed for the GM job and Mara was impressed with his body of work, his ability to evaluate players, which he learned as a scout, as well as his leadership and ability to communicate. 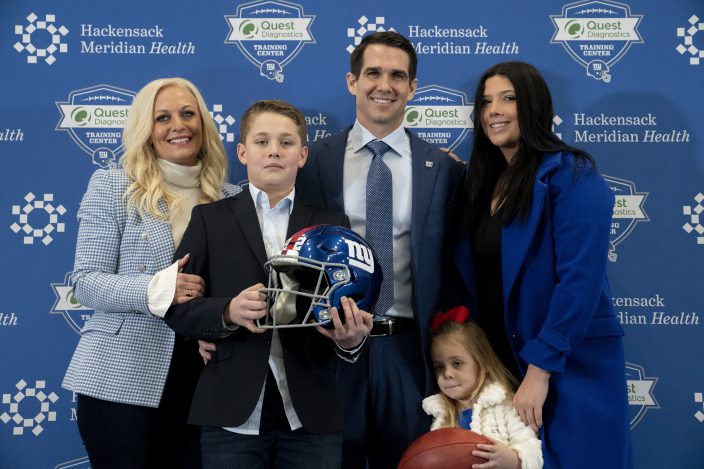 He also appreciated when Schoen, who started as an intern in Carolina, didn't complain after the Giants got him the middle seat in the last row of a plane for his in-person interview. The arrangements were made late.

Schoen had been general manager Brandon Beane's right-hand man with the Bills and the two combined to turn a bad franchise into one that has won the past two AFC East titles.

Schoen said the secret is finding players with talent, smarts and the right attitude. Having Josh Allen at quarterback doesn't hurt, either. 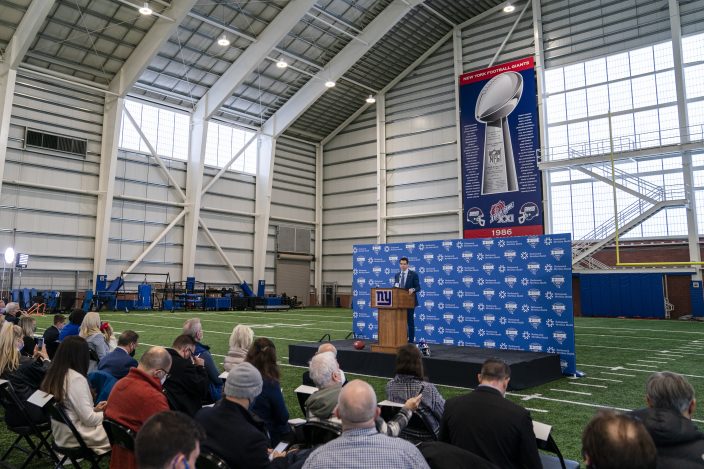 Schoen said the owners have promised him all the resources he will need. He values hard work and hard workers, analytics and any tool that can help a team win. He doesn't believe in tearing things apart when it's not necessary.

Schoen refused to talk about changes, saying he wanted to find a coach and then start evaluating the operation of the team. He said he has spoken with quarterback Daniel Jones and running back Saquon Barkley. He refused to answer a question on whether the team would pick up the quarterback's fifth-year contract option.

Mara refused to put a timetable on success.

“I expect this to be a heck of a lot better than four wins next year,” he said. “I haven’t given him any specific number that he has to achieve. Get the right coach, build the right program and let’s see some progress at the end of the season.”

Schoen is very familiar with the Giants history. He was hired in Miami by Bill Parcells, who guided the Giants to their first two Super Bowls.

Parcells recently told him the Giants GM job was the best.

“I look forward to putting my stamp on the team and building a team that year in and year out, competes for championships,” Schoen said.