Sacramento Kings guard Terence Davis will be out indefinitely after injuring his right wrist in Tuesday night's loss to the Boston Celtics.

Kings interim coach Alvin Gentry said before Wednesday night's game at the Atlanta Hawks the team's medical staff was “in the process of exploring all kind of treatment” for Davis.

Davis took a hard fall in the 128-75 loss at Boston. The wrist injury was announced after the game. The Kings say tests on Wednesday revealed damage to tendons in the wrist. 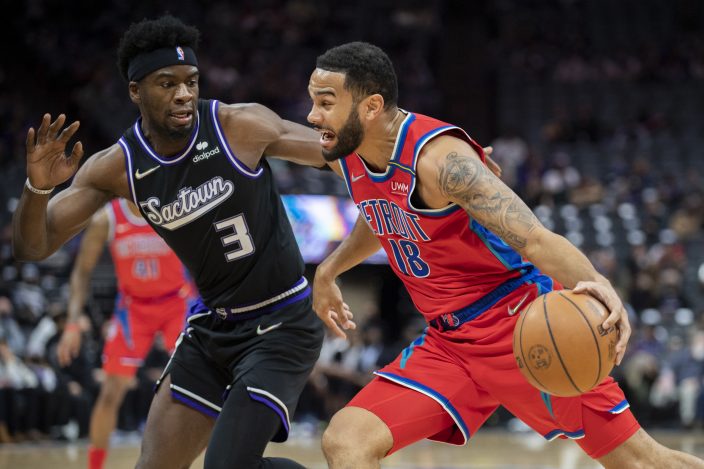 Davis has emerged as a prominent scorer and starter for the struggling Kings. The second-year player is averaging 10.4 points per game. He scored a career-high 35 points on Jan. 19 against Detroit and 22 points the following game against Milwaukee.

“I thought he was playing really good basketball for us,” Gentry said. “He was attacking the basket. ... It’s an opportunity for somebody else to step in. Obviously, there are going to be minutes there.”