The Charlotte Hornets broke the franchise's single-game scoring record on Wednesday night and notched the highest point total in the NBA this season in their 158-126 rout of the Indiana Pacers.

Kelly Oubre Jr. had a career-high 39 points, going 10 of 15 on 3s — also a career best. LaMelo Ball had his fourth triple double of the season with 29 points, 13 assists and 10 rebounds. Four players had 20 or more points, and the Hornets matched a season-best by making 24 3s.

With the victory, Charlotte snapped a two-game losing streak and pulled off a four-game sweep of the injury-depleted Pacers. 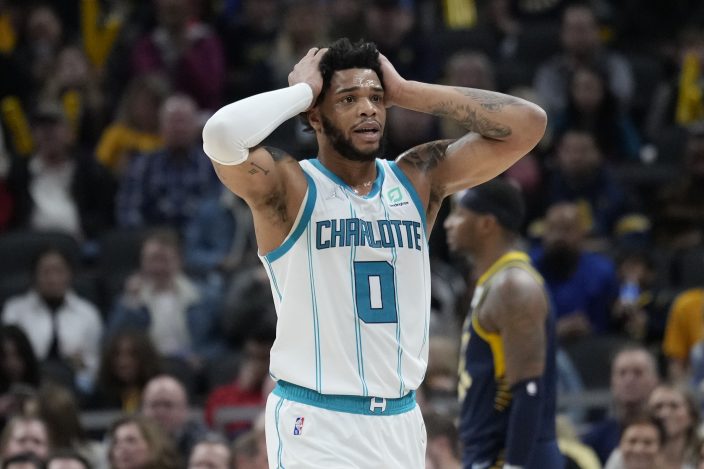 Charlotte Hornets forward Miles Bridges (0) reacts to a call while playing the Indiana Pacers during the first half of an NBA basketball game in Indianapolis, Wednesday, Jan. 26, 2022. (AP PhotoAJ Mast)

Indiana was led by Goga Bitdaze and rookie Isaiah Jackson, who both scored 17 points. The Pacers have lost three in a row and seven of nine.

It didn't take long to see what was coming Wednesday. Charlotte opened the game by scoring 12 of the first 15 points, and clung to a 71-70 halftime lead. 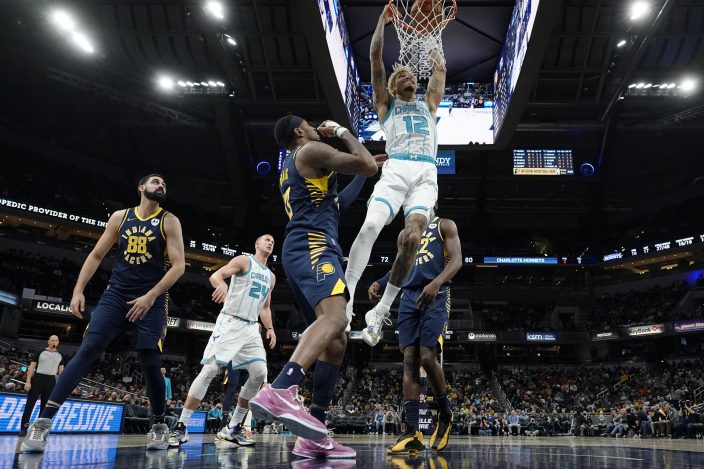 Hornets: Miles Bridges has 20 points in seven of last 10 games and has nine double-doubles this season. ... Terry Rozier has topped the 20-point mark in 10 of last 15. ... LaMelo Ball has three triple-doubles this season and four in career. ... The Hornets also topped their previous record scoring total, set in a 146-143 overtime loss to Houston in November. Charlotte’s 141-point game against the Los Angeles Lakers on Nov. 24, 1993, was the team’s top scoring total in regulation. ... Jalen McDaniels (sprained left ankle) didn't play.

Pacers: Have lost two in a row and six of last eight. ... have lost three straight vs. Eastern Conference foes. ... Coach Rick Carlisle has 198 career wins with Pacers and is two away from joining Frank Vogel (250) as only coaches in the franchise's NBA history with 200. ... Malcolm Brogdon needs nine points for No. 5,000 and Myles Turner needs 15 for No. 5,500. ... Torey Craig needs four 3s for No. 200. ... Domantas Sabonis out (sprained left ankle), Myles Turner (stress reaction in left foot), Malcolm Brogdon (sore right Achilles tendon), T.J. Warren (fractured left foot) and T.J. McConnell (right wrist surgery) were all out. 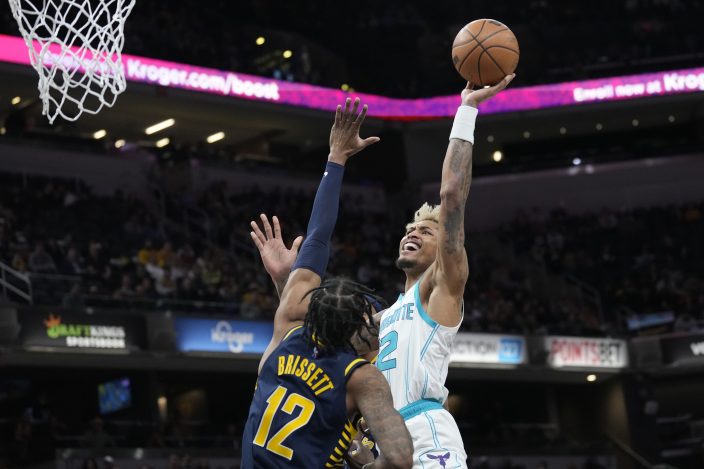 Hornets forward Gordon Hayward did not play Wednesday after the team announced he had entered the COVID-19 health and safety protocols. Charlotte coach James Borrego said it's unclear when the 2017 All-Star might return to action. Hawyard also has been dealing with a sore right foot.

“It's unfortunate, it's disruptive, but that's the nature of the sport and the game and life," Borrego said. “So we'll move forward. Obviously, we've had a hard time the last year and a half without him so it's time for someone on the bench to step up." 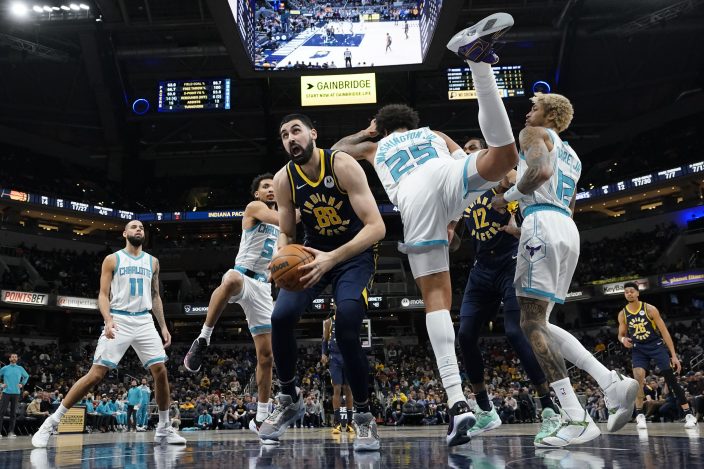 Indiana Pacers center Goga Bitadze (88) looks to put up a shot around Charlotte Hornets forward P.J. Washington (25) during the first half of an NBA basketball game in Indianapolis, Wednesday, Jan. 26, 2022. (AP PhotoAJ Mast)

Pacers: At Oklahoma City on Friday. 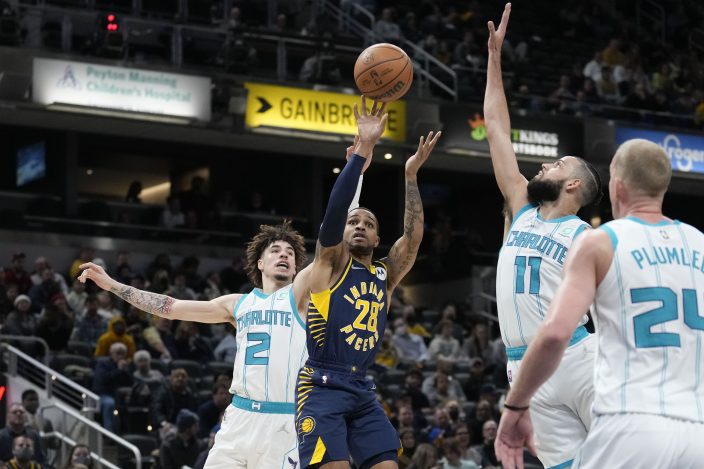 Sabonis leads Pacers past Hornets 144-117 in play-in round