The men's semifinals bring up a lot of questions which should be answered by the time both high-profile matches end. Will Rafael Nadal extend his quest for a record 21st Grand Slam singles major in the absence of the two men he is tied with on 20 — Novak Djokovic and Roger Federer? Or will Wimbledon finalist Matteo Berrettini upset Nadal and continue his search for a first major title in Sunday's final? Will second-seeded Daniil Medvedev overcome his tiredness from a late-night, 4 hour, 42-minute, five-set win over Felix Auger-Aliassime and continue his pursuit of a second consecutive Grand Slam title? Or will French Open runner-up Stefanos Tsitsipas finally get past the semifinals in his third attempt at Melbourne Park and advance to his second major final? Medvedev beat Tsitsipas in the semifinals here last year. Nadal and Berrettini play first in an afternoon match at Rod Laver Arena. 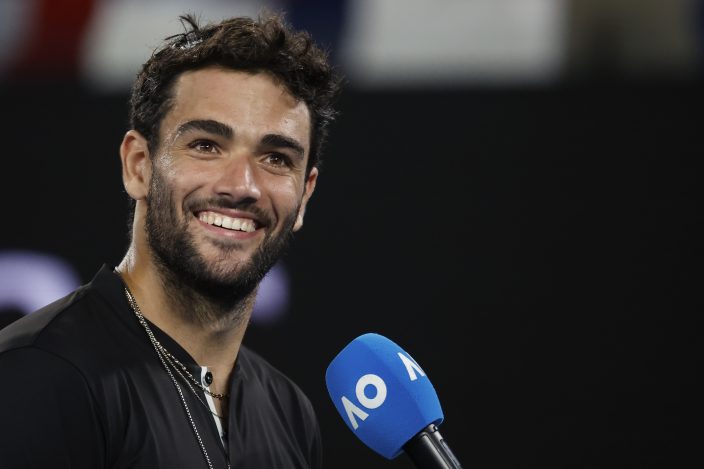 Matteo Berrettini of Italy smiles as he is interviewed after defeating Gael Monfils of France in their quarterfinal match at the Australian Open tennis championships in Melbourne, Australia, early Wednesday, Jan. 26, 2022. (AP PhotoHamish Blair)

Cloudy with a chance of thunderstorms. High of 31 Celsius (89 Fahrenheit) 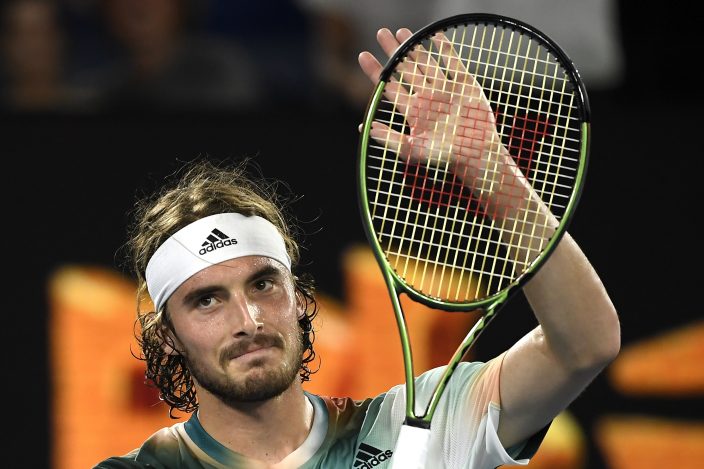 QUOTE OF THE DAY:

“To play against the No. 1 player in the world in her own country - I think that’s going to be really spectacular." — Danielle Collins after advancing to the women's singles final against top-ranked Ash Barty.