Robert Wickens spent too many days mourning the career he lost following his near-fatal 2018 crash at Pocono.

The Canadian's life was upended 14 races into his rookie IndyCar season. Wickens had been the top rookie in the Indianapolis 500 just three months before and was engaged to be married. His spinal cord injury put his life on hold.

The path back to his new normal has tested him to his limits, but Wickens can see the checkered flag. He'll race for the first time in over three years Friday at Daytona International Speedway in the IMSA Michelin Pilot Challenge 4-hour endurance race for Bryan Herta Autosport. 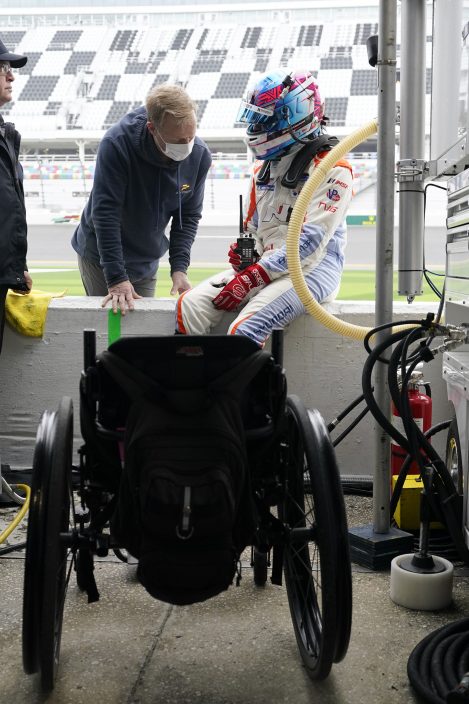 Wickens uses a wheelchair — he can stand with some support — and he’s accepted that he'll likely never fully walk again. But this weekend still marks a monumental fresh start as Wickens begins a full season of racing with Herta. Last week, he announced he's expecting his first child with his wife, Karli, who has been by his side since his Pocono crash.

“There's a lot of times that I didn't think I'd have a year like this. I always knew I wanted to get back in a racecar and I felt like I was trying for the better part of two years to find an opportunity like what Bryan gave me,” Wickens said Thursday. "On a personal front, starting a family was always high on myself and Karli's list. We were trying for awhile and thankfully it was successful just after the IndyCar season ended and here we are — I'm going to be a father this year, I'm racing again, it's kind of a perfect 2022.”

Wickens is very matter-of-fact about the racing part of his comeback. He qualified the car Thursday on tires not suited for the damp track conditions and was disappointed with the seventh-place result. 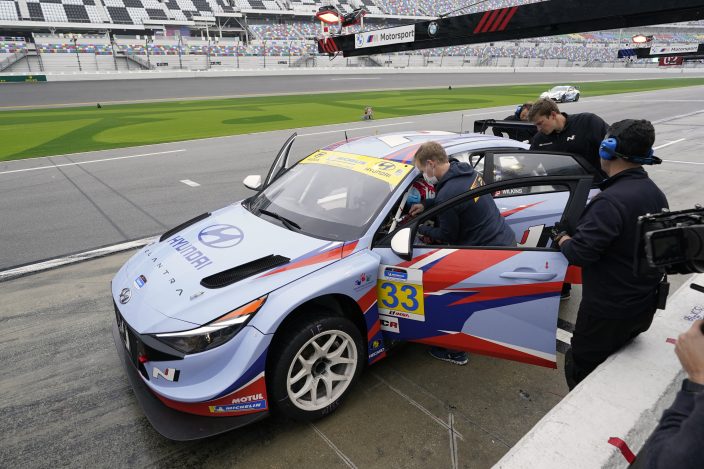 The emotion comes from Herta, who has six entries in Friday's touring car race, including two starting on the front row. BHA is the three-time defending Michelin Pilot Challenge champion and yet the team owner said returning Wickens to competition was “for me personally, one of the most important things we've done in racing.”

Herta is a former IndyCar driver and was the winning Indianapolis 500 team owner for both Dan Wheldon and Alexander Rossi. He's the IndyCar strategist for his 21-year-old son, Colton, a championship contender. His accomplishments are stellar and yet he paused for a long moment Thursday to reflect on what it meant to him to have Wickens driving one of his cars.

“I love this sport, I love competing in it, I was there in Pocono, in pit lane when Robbie had his accident,” Herta said. “I remember the emotions you go through being there and I've been through loss in motorsports. I've seen the pain the people around you have experienced. But I've never been in a position to do anything or help. 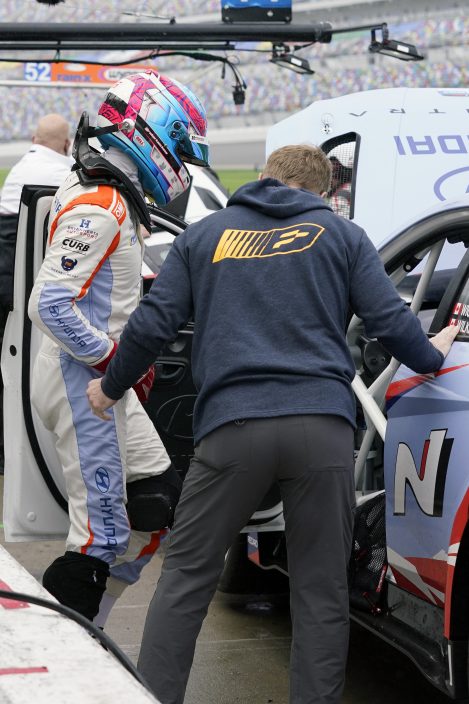 “This time we were. And so for me, it just feels personal.”

Wickens will team with Mark Wilkins, a fellow Canadian, in the No. 33 Hyundai Elantra N TCR for the entire season. He uses a custom hand control system designed by BHA technical director David Brown and development technician Jonathan Gormley for accelerating and braking.

Learning the system began last May when Herta brought Wickens to Mid-Ohio Sports Car Course for a test. He turned 62 laps that day and sparked enough interest for Herta to pull a full-time team together for Wickens. 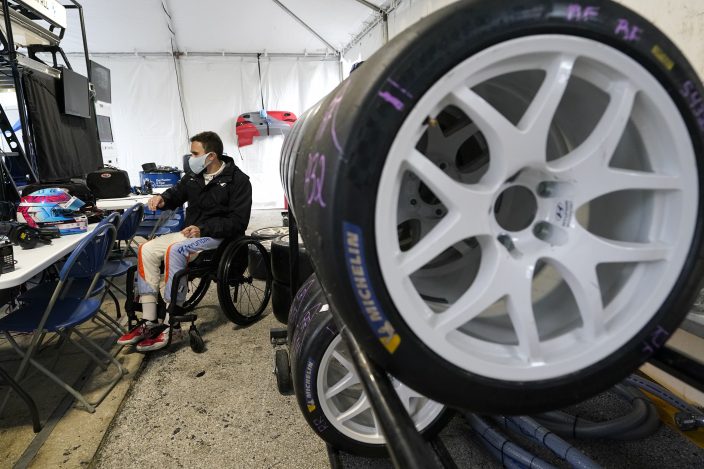 Robert Wickens in his pit stall, prepares to go out on the track during practice for the Rolex 24 hour auto race at Daytona International Speedway, Thursday, Jan. 27, 2022, in Daytona Beach, Fla. (AP PhotoJohn Raoux)

BHA could field a car for Wickens because the team also fields one for Michael Johnson, a paralyzed driver who also uses hand controls. Wickens and Johnson conferred over the winter and based on Wickens' feedback from the Mid-Ohio test, the two landed on identical hand control systems.

“We found opportunities to give the driver more feeling,” Wickens said. “For Michael it is a new adjustment. For me, it is just learning something new. I think it's a good step forward and good evolution from what Michael was using the last few years.”

Herta said it would “it would have been impossible” to give Wickens this opportunity if Johnson had not already built a program inside the team. 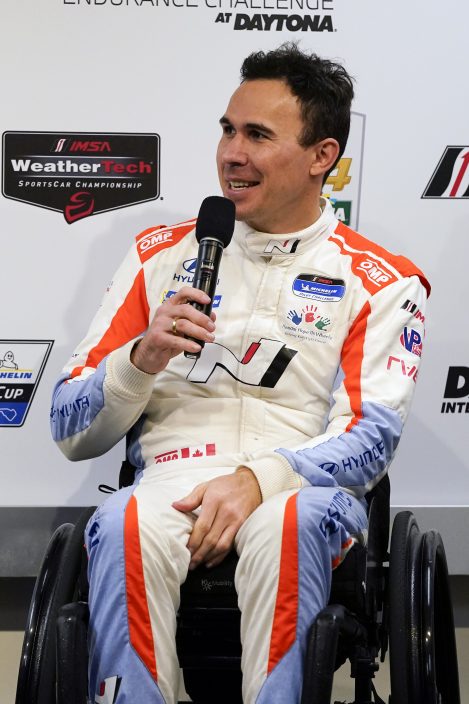 “Without all of the work that had already been done, I don't know that we would have been able to be in a position to have Robert driving one of our cars,” Herta said.

Herta has no doubt Wickens can win races and contend for the championship. Wickens won't settle for anything less.

“I felt I was forced to leave in 2018 at almost the peak of my career. I felt great. Never felt fitter, never felt stronger," Wickens said. "I felt like I was driving the best I’ve ever driven. I want to hit the ground running and continue where I left off. At least challenge for a victory and podium.”