Coveted striker Dušan Vlahović was undergoing a medical at Juventus on Friday to complete what is expected to be one of the biggest moves of the transfer window.

Juventus tweeted a video of Vlahović signing autographs and posing for pictures with fans before he went inside Juventus’ medical facility. 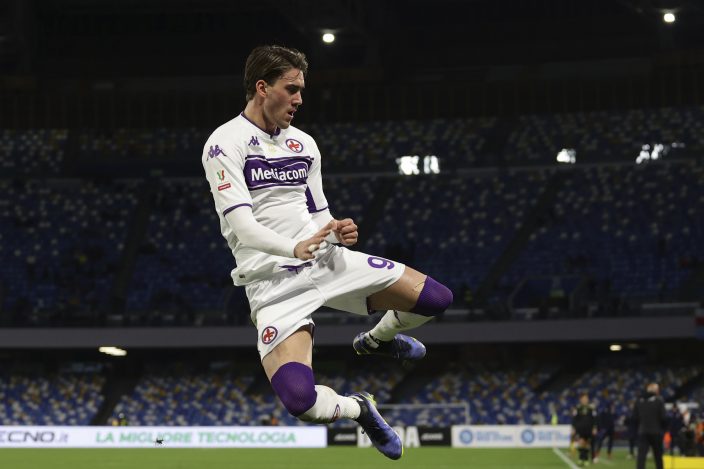 Fiorentina's Dusan Vlahovic celebrates scoring during the Italian Cup, round of 16 soccer match between Napoli and Fiorentina, at the Diego Armando Maradona stadium in Naples, Italy, Thursday, Jan. 13, 2022. (Alessandro GarofaloLaPresse via AP)

The 21-year-old Vlahović has scored 20 goals in 24 matches in all competitions for Fiorentina this season and is joint top of the Serie A scoring charts, along with Lazio’s Ciro Immobile.

In fifth place, Juventus has struggled to replace Cristiano Ronaldo since his move to Manchester United in the offseason and scored only 34 goals this season — fewer than any of the top 10 teams in the Italian league, apart from Torino.

Vlahović, a Serbia international, could be the perfect player to change that, having just matched Ronaldo’s feat of scoring 33 league goals in a calendar year. 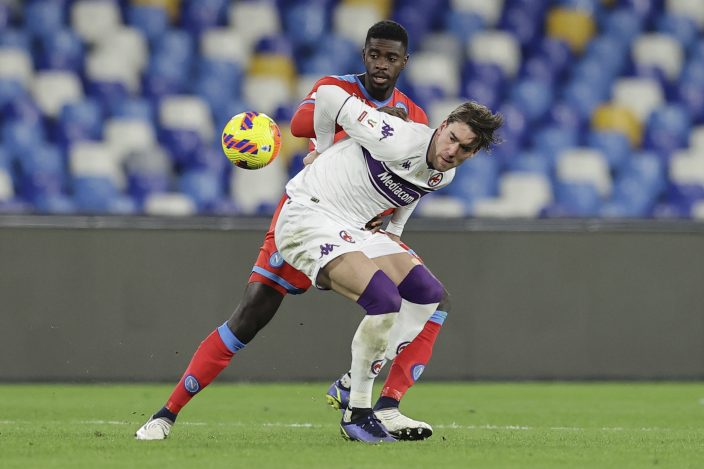 Fiorenta's Dusan Vlahovic, foreground and Napoli's Axel Tuanzebe battle for the ball during the Italian Cup, round of 16 soccer match between Napoli and Fiorentina, at the Diego Armando Maradona stadium in Naples, Italy, Thursday, Jan. 13, 2022. (Alessandro GarofaloLaPresse via AP)

“Dusan Vlahović continues to amaze. Last year he was the best young player in Serie A, this year he is living up to great expectations by proving himself to be one of the best players this season,” Serie A CEO Luigi De Siervo said after Vlahović was named the league’s player of the month for December.

“Physical strength, technique, a spirit of sacrifice and a great sense of goal make him one of the most complete forwards around.” 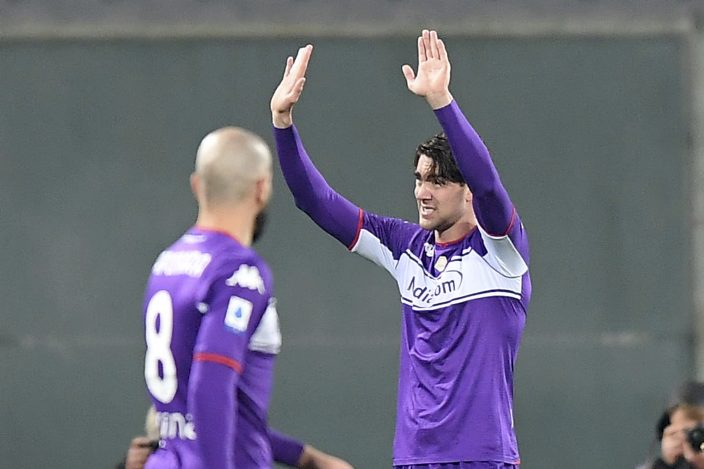 Fiorentina's Dusan Vlahovic, right, celebrates after scoring during the Italian Serie A soccer match between Fiorentina and Genoa at the Artemio Franchi Stadium in Firenze, Italy, Monday, Jan. 17, 2022. (Tano PecoraroLaPresse via AP)