One was decided by a newspaper poll, one by a public vote and some others through a contest. The most recent was chosen from thousands of global entries of illustrations by children. Over the years, the mascots for the Winter Olympics have been abstract forms, animals and humans.

And they have remained in the public memory.

Bing Dwen Dwen, the cheerful panda, is the official mascot for the 2022 Beijing Olympics, but there were plenty before. 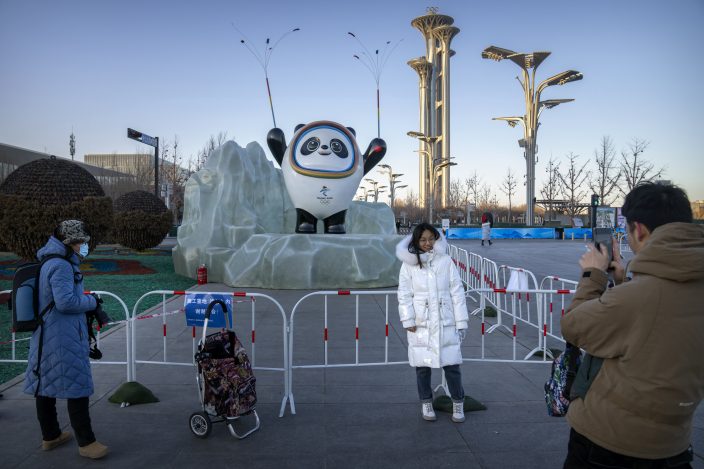 yes A woman poses for a photo with a statue of the Winter Olympics mascot Bing Dwen Dwen in Beijing, Jan. 12, 2022. (AP PhotoMark Schiefelbein)

Shuss, a man on skis in abstract form, was the first official mascot for a Winter Olympics. He was the mascot for the 1968 Grenoble Games, made in the colors of France: blue, red and white.

Norwegian children Haakon and Kristin, dressed in Viking outfits, were the first mascots in human form. The 1994 Lillehammer mascots are said to have been inspired by historical figures Håkon IV Håkonson, the 13th century king of Norway, and his aunt Princess Kristin.

Schneemandl is said to have been a commercial success and inspired versions of living mascots. Austrian for “Snowman,” Schneemandl was the mascot for the 1976 Innsbruck Games. 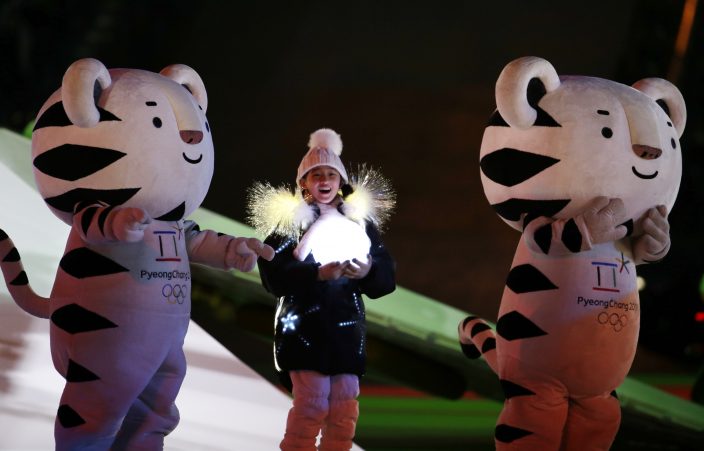 A wolf isn’t an expected character for a mascot but the 1984 Sarajevo Games transformed an animal known to be feared into a friendly image. In Yugoslavian fables, the wolf symbolizes winter. Vučko the wolf was chosen through a contest with hundreds of participants.

Neve and Gliz were the mascots for the 2006 Turin Olympics. Neve is a snowball and Gliz an ice cube.

In Beijing, Bing Dwen Dwen is everywhere — on buses, at street corners and hanging from the rafters at some official Olympic venues. He is the face that those in a strict Olympic bubble at the Beijing Games will take back with them. 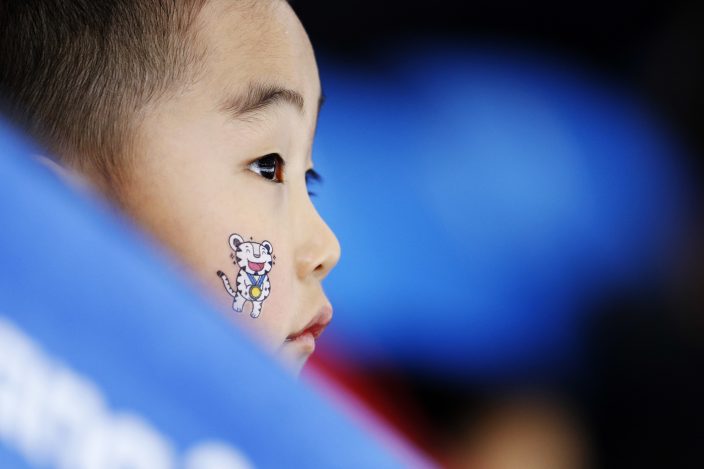 yes A child wears one of the Olympic mascots on his face when watching the women's 1,500-meter speedskating race at the Gangneung Oval at the 2018 Winter Olympics in Gangneung, South Korea, Feb. 12, 2018. (AP PhotoJohn Locher) 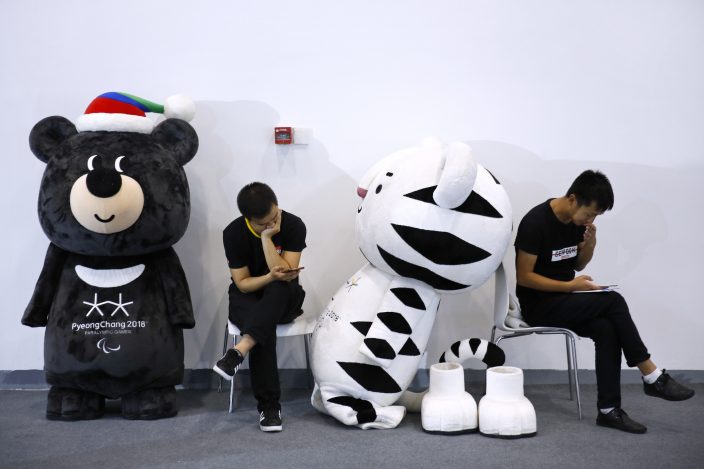 yes Workers browse their phones next to the mascots for the 2018 Pyeongchang Winter Olympics and Paralympic Games near the South Korean booth during the World Winter Sports Expo in Beijing, Sept. 7, 2017. (AP PhotoAndy Wong) 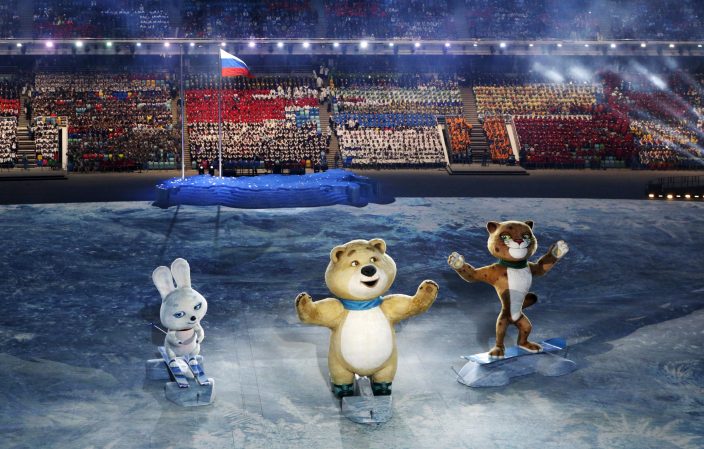 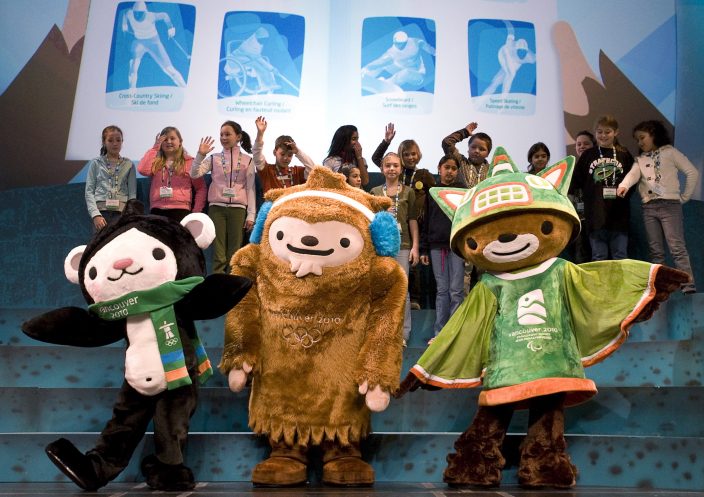 yes The mascots for the Vancouver 2010 Winter Olympics, from left, Miga, Quatchi and Sumi pose for photographers following their debut to students in Surrey, British Columbia, on Nov. 27, 2007. (Jonathan HaywardThe Canadian Press via AP) 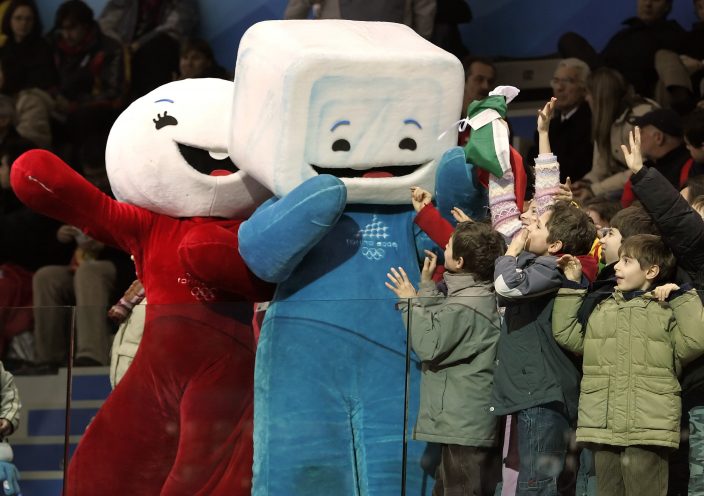 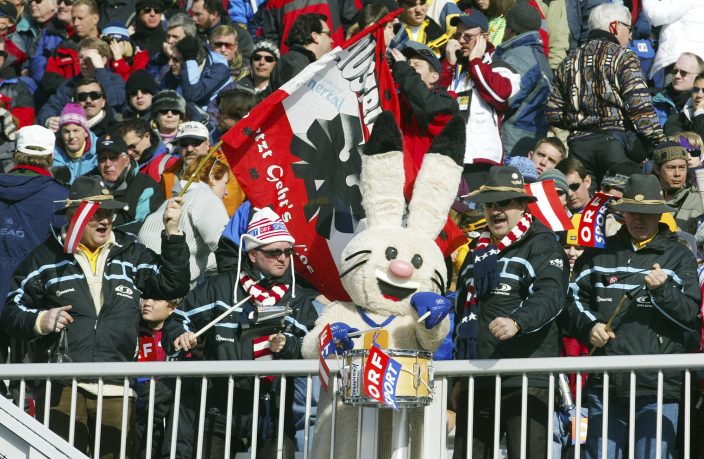 yes Supporters of the Austrian ski team make music with Powder one of the Salt Lake City Winter Olympic Games mascots as they wait for the start of the weather delayed women's downhill in Snowbasin, Utah on Feb. 11, 2002. (AP PhotoRudi Blaha) 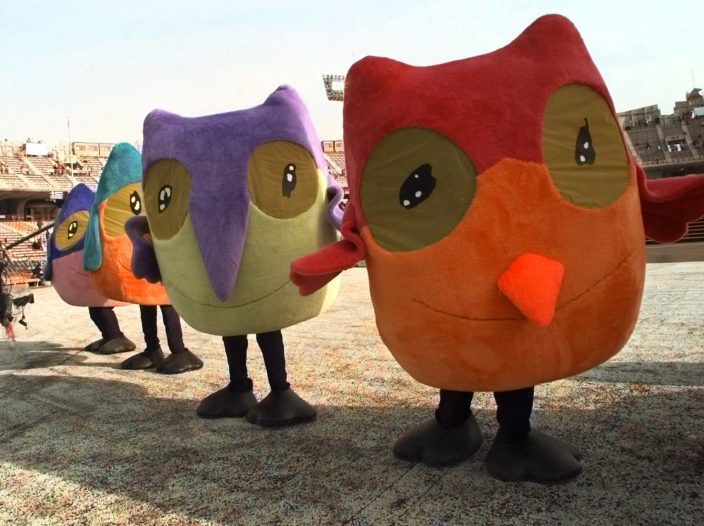 yes Snowlets, the Olympic mascots, walk around the stadium prior to the opening ceremony of the Winter Olympics at Minami Nagano Sports Park in Nagano, Japan on Feb. 7, 1998. (AP PhotoEric Draper, File) 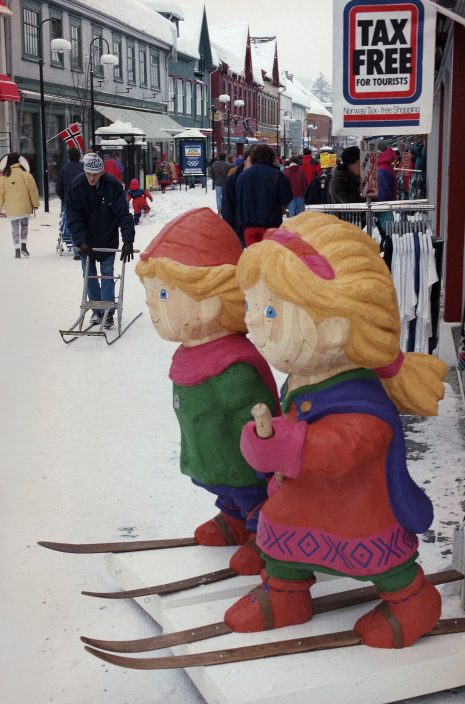 yes The wooden mascots of the Winter Olympics watch over one of the main shopping streets on Feb. 8, 1994, in Lillehammer, Norway. (AP PhotoMichel Euler) 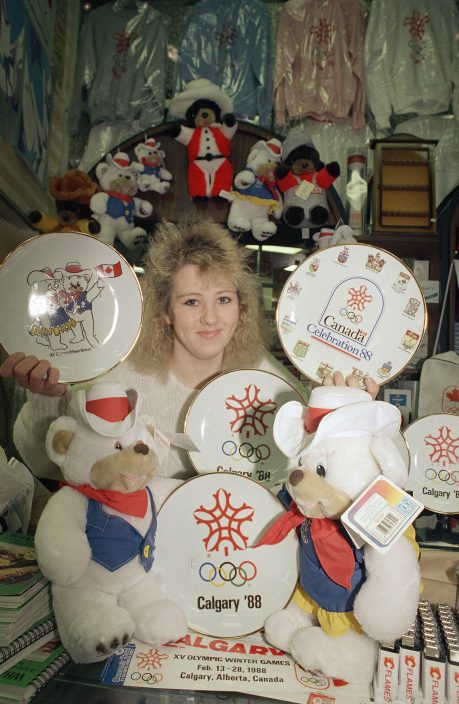 yes Allison McAbe is framed by all kinds of souvenirs in a Calgary, Alberta, shop on Feb. 7, 1988. (AP PhotoMichel Lipchitz) 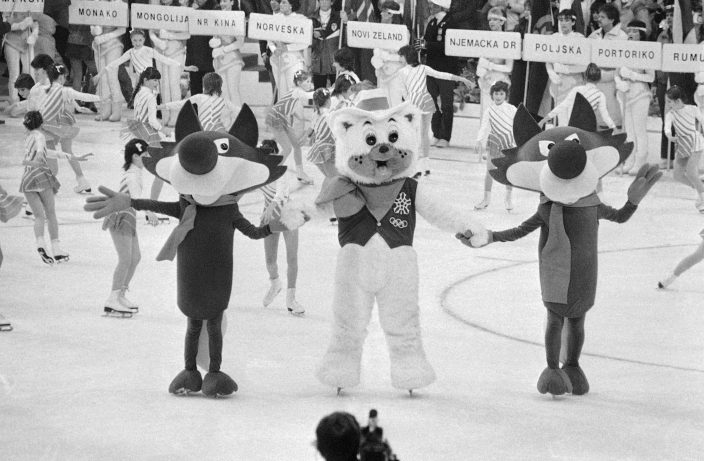 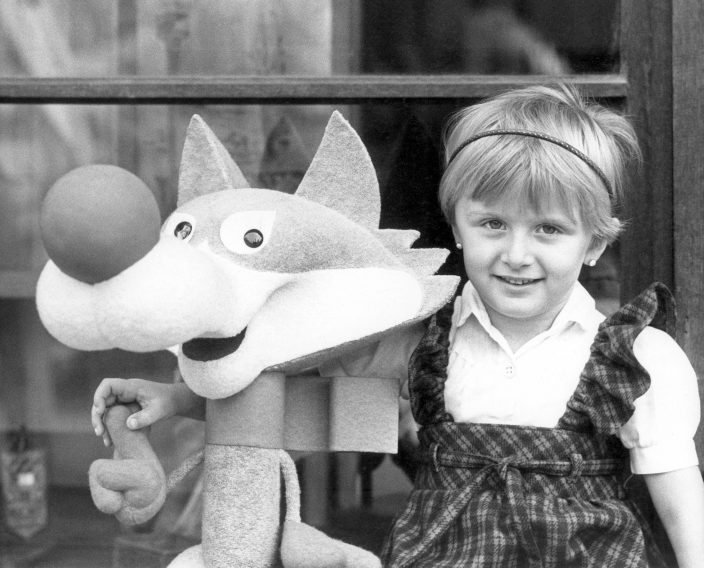 yes Amela Dizdar, 3, poses with a replica of the Winter Olympics mascot named Vucko in Sarajevo in 1984. The mascot was the creation of Joze Trobec, an academic painter from Kranj in Slovenia. (AP PhotoBob Dear) 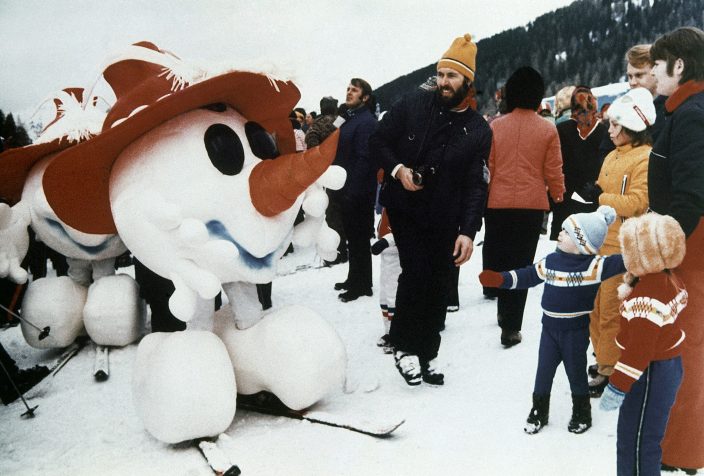