Russia is heading to the Beijing Olympics against a backdrop of international tension, and not for the first time.

A build-up of Russian forces near neighboring Ukraine is causing concern in Washington and among the United States' NATO allies in Europe.

Russia is sending 212 athletes to Beijing — one of the biggest delegations — despite still being under doping-related sanctions which bar its name and flag from being displayed in official Olympic settings. Russian officials are hoping for one of the country's biggest Winter Olympic medal hauls to date. 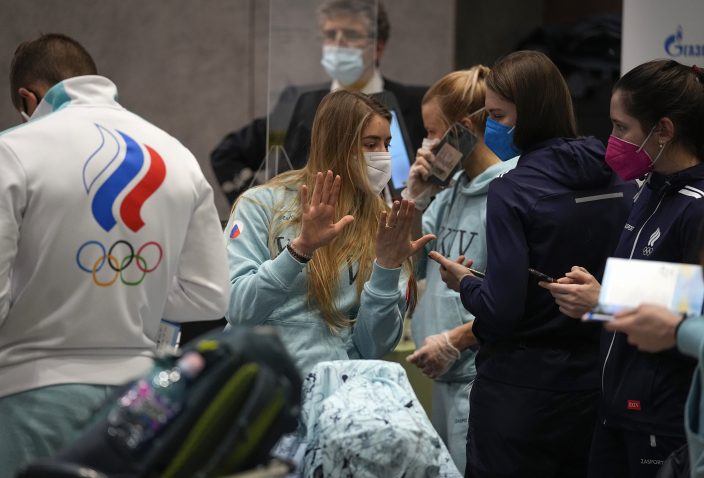 Addressing athletes Tuesday by video, Russian President Vladimir Putin didn't touch on the tension with Ukraine but offered support to China over “the politicization of sports and demonstrative boycotts” in relation to the U.S. and another nations not sending diplomatic representatives to Beijing on human rights grounds.

Putin, who plans to attend the opening ceremony, also framed the upcoming Olympics as a test of Russian character.

“As you know, in Russia people aren't afraid of difficulties,” Putin said. “They just make us even stronger, more united and self-confident. All of these qualities, I'm convinced, will be on full display in Beijing.” 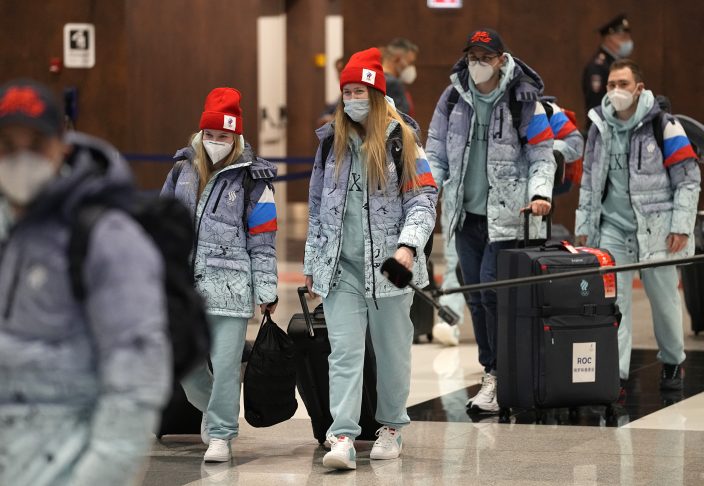 The Olympics have coincided with tension in the region before. In 2014, Russia hosted the Winter Olympics in Sochi at the same time as protesters in Ukraine forced pro-Russian president Viktor Yanukovych from office. Russia annexed the Crimean peninsula from Ukraine the following month.

The last time Beijing hosted the Olympics in 2008, Russian troops were fighting a brief war with another former Soviet neighbor, Georgia, about the status of breakaway regions. 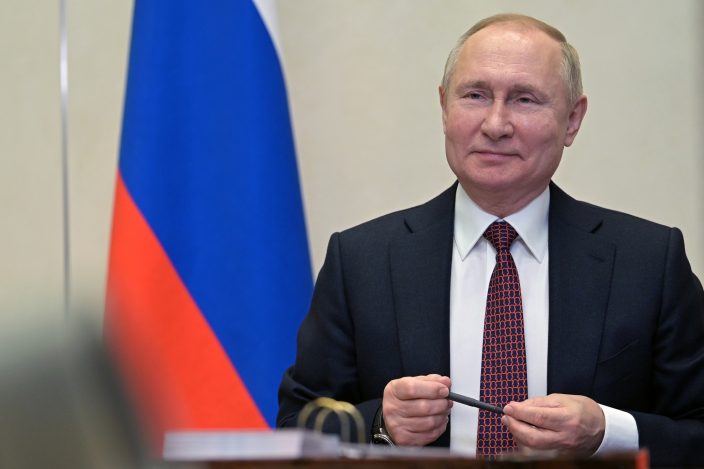 Olympians have sometimes in the past used the Games to make gestures of peace. In 2008, Russian and Georgian shooters shared an embrace on the podium during a conflict.

This time, however, Ukraine has told its athletes it would frown on posing for photos with Russians in Beijing.

“All the athletes are informed, they know how to behave in situations like this,” Ukrainian Youth and Sports Minister Vadym Huttsait, a former Olympic champion in fencing, told public broadcaster Suspilne on Monday. “They shouldn't stand together if there are athletes from Russia standing there with a flag.”

That was widely seen as a reference to Ukrainian high jumper Yaroslava Mahuchikh posing with Russian rival Mariya Lasitskene after they won bronze and gold, respectively, at the Tokyo Olympics.

The picture prompted criticism of Mahuchikh in Ukraine and a torrent of abusive comments online, particularly because she and Lasitskene both hold military ranks in their countries' armed forces.

Technically, it won't be Russia competing at the Beijing Olympics, but ROC.

Russia's name and flag are banned from the Olympics once again in the continuing fallout from the doping scandals which dominated the last decade of Russian sports.

The three-letter code ROC stands for Russian Olympic Committee, whose flag will be used — including a stylized Russian tricolor emblem — and the team will wear national colors. Russia's critics wanted stricter rules, including a vetting mechanism to bar athletes involved in doping cover-ups, before the Court of Arbitration for Sports watered down the sanctions package.

It will be the third and last Olympics under these restrictions for Russia, which fielded an ROC team at last year's Tokyo Olympics and the “Olympic Athlete from Russia” team at the 2018 Winter Games in Pyeongchang, South Korea.

The 2018 sanctions were for doping and cover-ups when Russia hosted the 2014 Winter Olympics in Sochi. The current punishment is for a further cover-up, when the World Anti-Doping Agency found it had been handed manipulated doping data from the country's national testing lab, which was under the control of Russian law enforcement. The restrictions on Russia expire in December 2022, well before the 2024 Summer Olympics in Paris. The Russian government denies there was any state involvement in doping.

The Russian team is expected to easily surpass its mark of 17 medals from the 2018 Olympics and could rival Norway and the United States at the top of the medals table.

Russia is the defending champion in two of high-profile events, men's hockey and women's figure skating, and the favorite to win both again.

Kamila Valieva, a 15-year-old figure skater, has been setting record scores in her first season since moving up from junior level, and could be the next Russian in line to win Olympic gold in the marquee women's event.