Evander Kane knows he will not be universally loved by by fans of the Edmonton Oilers.

Edmonton is the fourth franchise for the 30-year-old forward whose contract was dumped by the San Jose Sharks. There will be questions about his past, from suspensions due to violations of COVID-19 protocols, a bankruptcy and self-confessed gambling problems. Allegations of abuse lodged by his ex-wife were not proven in court.

Kane met with the media Friday for the first time since landing a deal for the rest of the season. 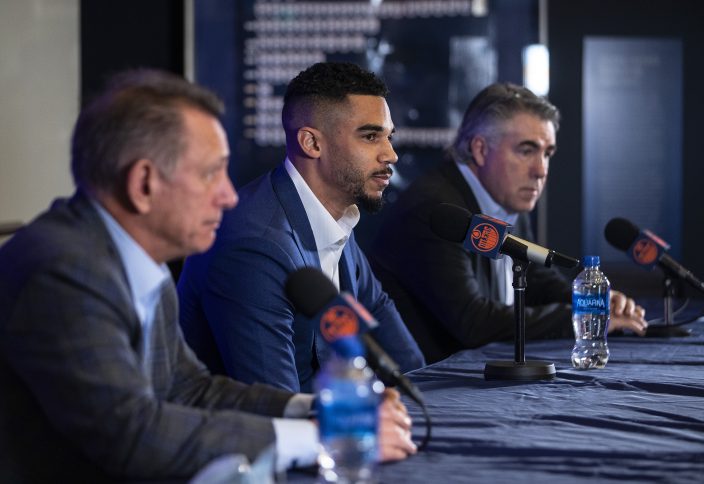 “I want to clear up a lot of the misinformation, a lot of the storylines painting me in a certain light that are completely untrue, inaccurate and false,” Kane said. “I would encourage (fans) to be open-minded, to allow me to do what I do best and get to know me on the ice, off the ice, around the rink, in the community, and see what I bring to the table.

“Every city I’ve been in, I’ve always worked in the community and done what I can to help make that city, that community a better place.”

There is no denying Kane’s talent with 506 points in 769 games. But Kane has continually generated headlines for the wrong reasons. 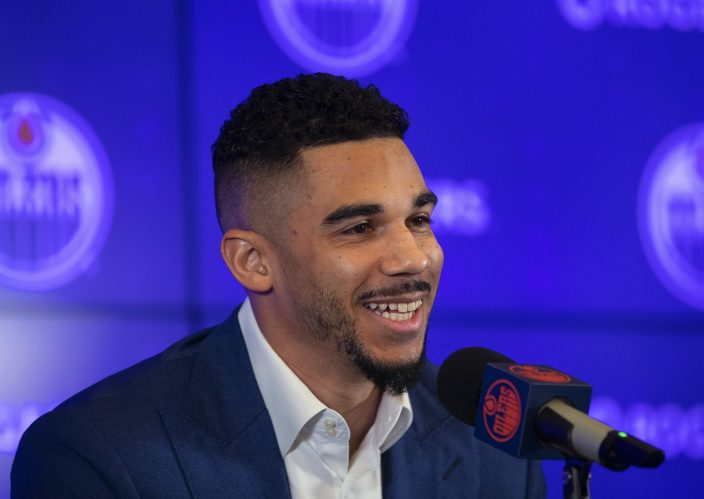 Last fall, he was suspended 21 gamesfor violating COVID-19 protocols ubmitting a fake vaccine card. He was investigated by the league for another alleged violation this season that concluded earlier this week.

Kane declared bankruptcy in 2021, with more than $26 million in debts. He’s publicly admitted he has a gambling issue, but has denied that he bet on or influenced NHL games. 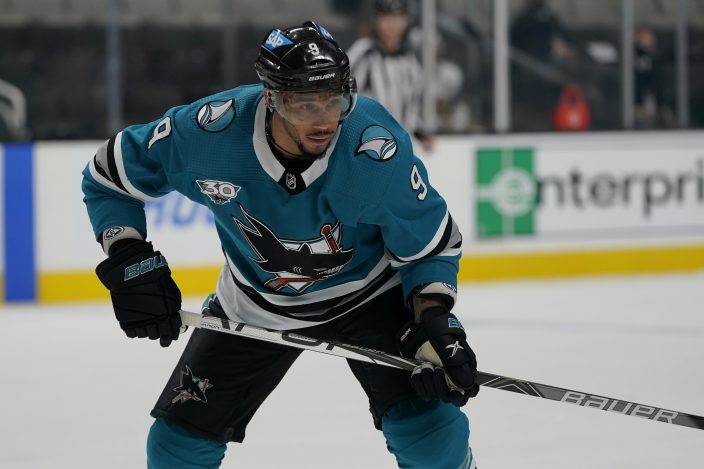 FILE - San Jose Sharks left wing Evander Kane looks on during an NHL hockey game against the Vegas Golden Knights in San Jose, Calif., May 12, 2021. The NHL has cleared Kane after an investigation into his cross-border travel during the holiday break, paving the way for him to join the Edmonton Oilers. A person with knowledge of the deal said Thursday, Jan. 27, 2022, Kane has agreed to terms with the Oilers on a contract for the remainder of the season. The person spoke to The Associated Press on condition of anonymity because the contract had not been announced. (AP PhotoJeff Chiu, File)

“It’s funny that people think that I am going to come in, like some kid on the playground, and disrupt everything. That’s just not the case," he said. "I’ve had a lot of experience on and off the ice, I’ve been in this league a long time, and I try to share those experiences with my team, and try to help them prevent making the same mistakes that I have.”

Oilers president of hockey operations and general manager Ken Holland said he has done his homework on Kane. 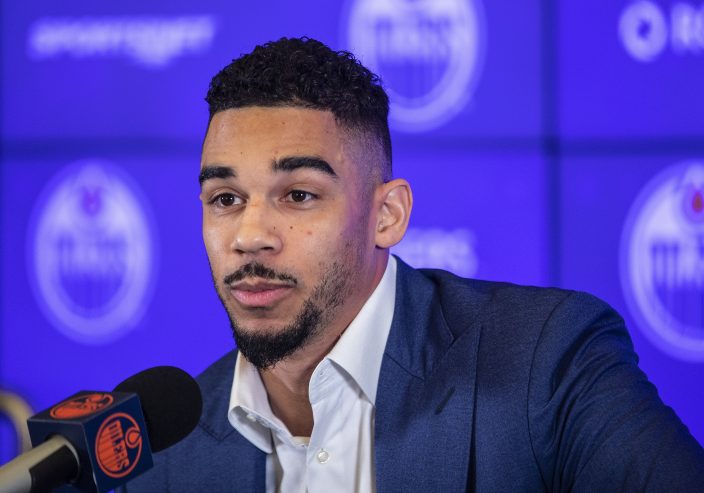 Holland, coach Dave Tippett and Kane had dinner in Vancouver earlier this week, when the Oilers were in town to play the Canucks. They met for two and a half hours.

“I left that dinner feeling that Evander would be a real positive addition to our hockey team,” Holland said.

Kane is expected to make his Oilers debut when the team faces Montreal on Saturday night.

He said “quite a few teams” showed interest in signing him after he and the Sharks parted ways.

“I had to make a decision that was going to be the best for me, and those teams continued to dwindle down, and we got to a number where Edmonton was obviously in the mix,” Kane said. “It just became more and more evident that this was the best fit for me.”

Kane is a two-time 30-goal scorer and has surpassed 20 in a season five other times.