Wagner, second only to Cunningham in scoring among rookies, made 7 of 12 shots and hit all eight of his free throws. Mo Bamba had 18 points and 10 rebounds, and Chuma Okeke added 17 points and three 3-pointers.

Orlando won at home for the second time in three games and the fourth time this season. The Magic had lost to the Pistons twice in Detroit and improved to 10-40, two games behind the Pistons in the standings. Only three of Orlando's wins have been by double digits. 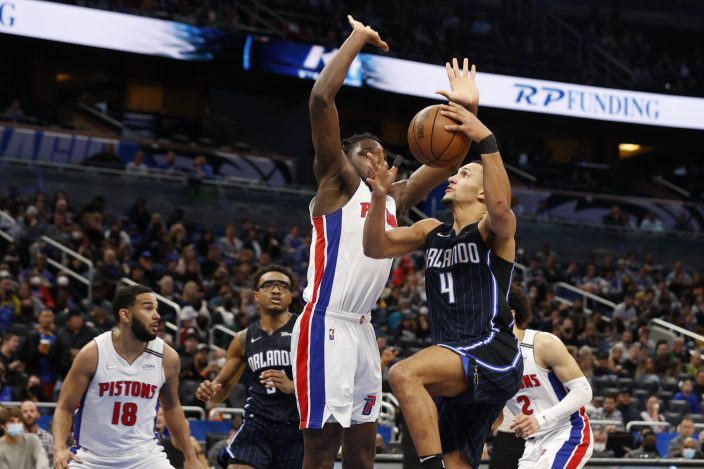 Cunningham, the top overall draft pick, missed his first 11 shots and finished with eight points on 3-of-17 shooting. Cunningham was coming off a career-best 34-point effort in Tuesday’s loss to Denver, but he struggled from the start with Orlando rookie Jalen Suggs guarding him. Cunningham has made just 7 of 39 shots in three games against the Magic, missing all 15 of his 3-point attempts.

Trey Lyles scored 18 points and Saddiq Bey added 17 for Detroit, which has lost four straight. The Pistons dropped to 4-22 on the road. 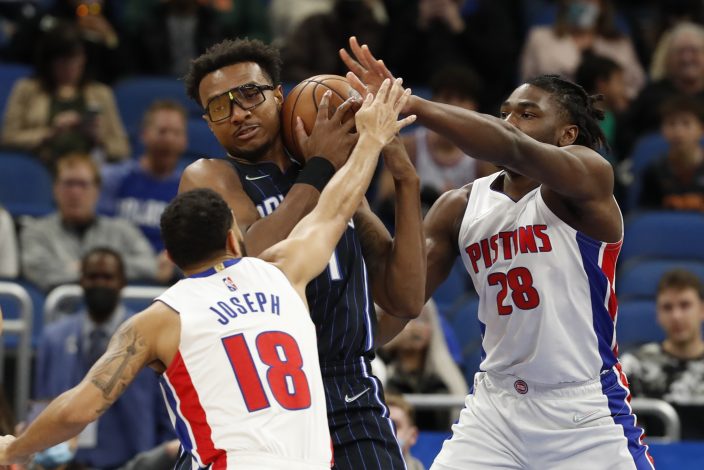 Orlando made 15 of its first 22 shots and built a lead as large as 22 points in the first quarter. Detroit cut that deficit to seven in the second period, but Orlando pushed its lead back to 67-51 by halftime.

Pistons: Cunningham missed his first 11 shots and three 3-point tries. He asked the referee for the ball during a second-quarter timeout so he could shoot a 3-foot jumper. His first points came with 1:51 left in the first half on two free throws. ... Coach Dwane Casey said Jeremi Grant continues to work his way back from time in the NBA’s health and safety protocols. Grant remained in Michigan to work with Pistons development coach John Beilein. 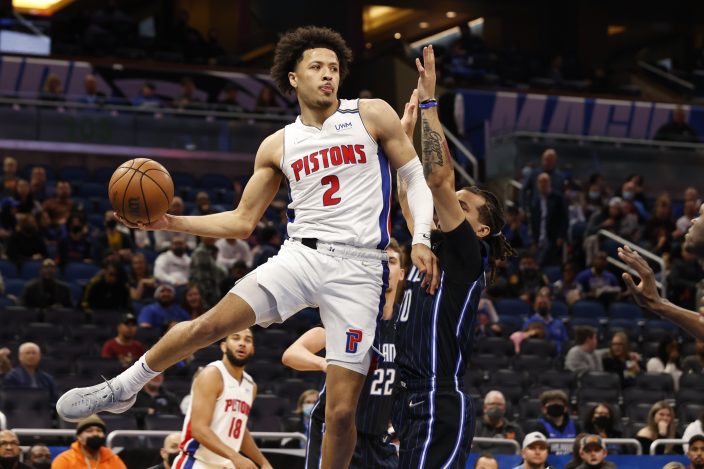 Magic: Anthony was fined $25,000 on Friday for derogatory remarks toward officials at the end of Orlando’s 111-102 loss to the Los Angeles Clippers on Wednesday. ... Bamba continues to play through a sprained ankle suffered in practice this week. 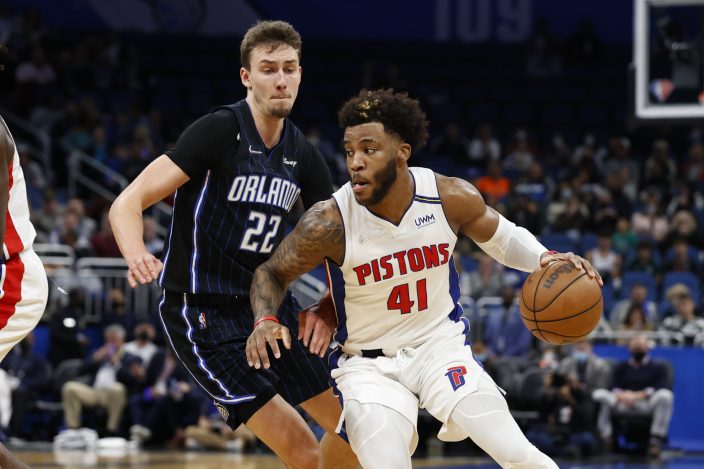 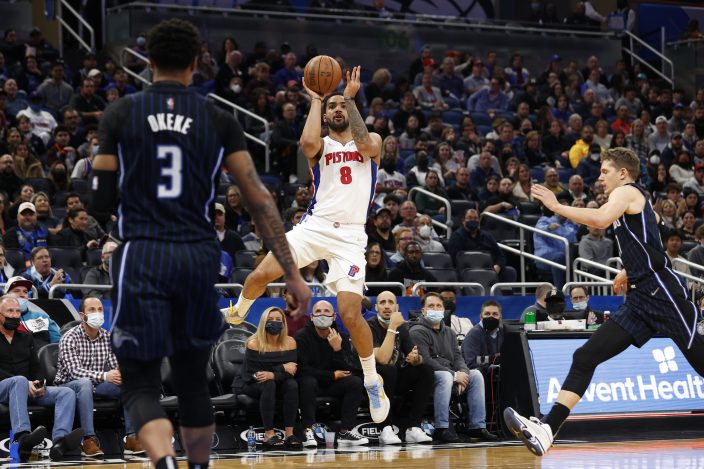 Orlando Magic guard Terrence Ross dunks against the Detroit Pistons during the first half of an NBA basketball game Saturday, Jan. 8, 2022, in Detroit. (AP PhotoDuane Burleson)