Lucas Raymond scored the only goal of the shootout and the Detroit Red Wings beat the Pittsburgh Penguins 3-2 on Friday night.

Filip Zadina and Givani Smith scored in regulation for Detroit, and Calvin Pickard — making his second start of the season — stopped 36 shots through overtime and all three Pittsburgh skaters in the tiebreaker.

Jake Guentzel scored twice for the Penguins, who lost for the second time in two days following a six-game win streak. Pittsburgh is 17-2-2 in its last 21 games dating back to Dec. 4. Casey DeSmith had 30 saves for the Penguins, who have points in eight straight games overall (6-0-2) and 10 consecutive at home. 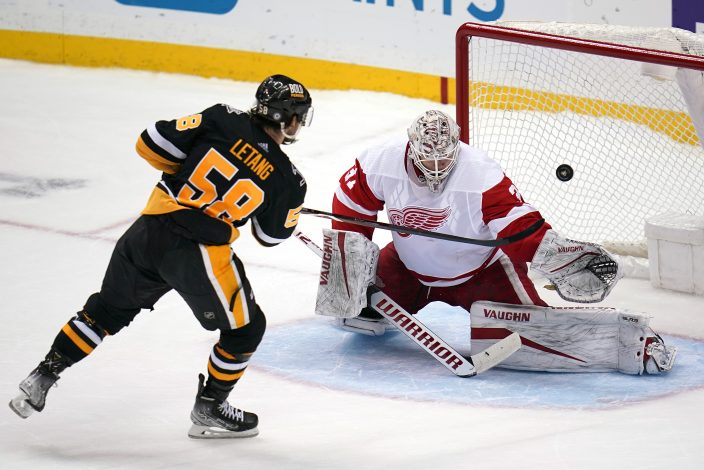 The Red Wings held the Penguins to just two goals 48 hours after an 8-5 loss at home to Chicago. Detroit had allowed 17 goals during its three-game losing streak.

Guentzel tied the game 2-2 just 27 seconds into the third period. His forecheck behind the net forced a turnover along the boards. Crosby then sent a centering pass to Guentzel, who ripped a one-timer past Pickard to the blocker side for his 23rd of the season. 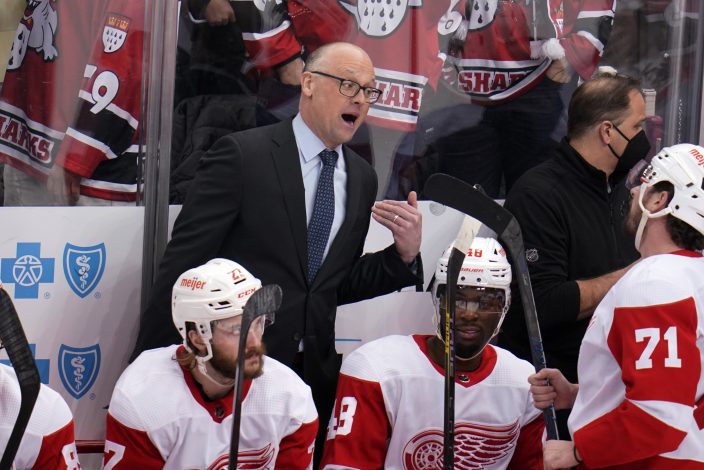 Smith opened the scoring for Detroit with 1:41 left in the first period. The Red Wings capitalized on a giveaway by Mike Matheson behind the net and Smith converted a rebound with a turning shot from the top of the crease for his third.

Guentzel tied it for Pittsburgh with a power-play goal at 5:54 of the second. Crosby sent a slap shot to the net and Guentzel put the rebound behind Pickard, giving the Penguins power-play goals in six of their last seven games.

The Red Wings regained the lead with a power-play goal of their own. Zadina scored his first goal since Nov. 30 with 3 1/2 minutes left in the middle period when he backhanded a rebound past DeSmith. 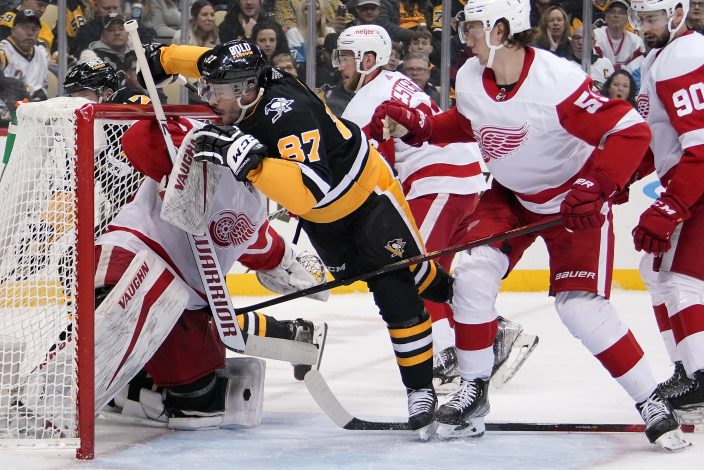 Guentzel is one point from becoming the 26th player in team history to record 300 points in the NHL.

Guentzel, an All-Star this season, is also looking to become the seventh-fastest player in team history to reach 300 points. 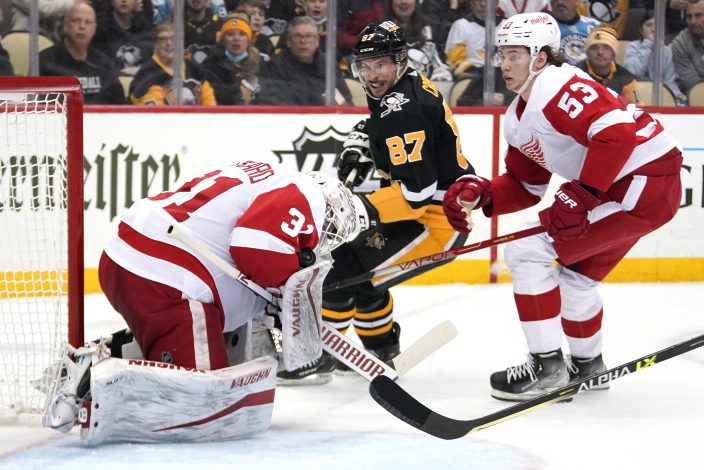 Guentzel, who was selected No. 77 overall during the 2013 NHL Draft, is looking to become the seventh member of his draft class and first one selected outside the top-10 to reach 300 points.

Guentzel’s first goal ended a three-game point drought. It was the longest he went without a point this season. Guentzel, who leads the team with 23 goals and 42 points in 38 games, only went consecutive games without a point once this season in October. 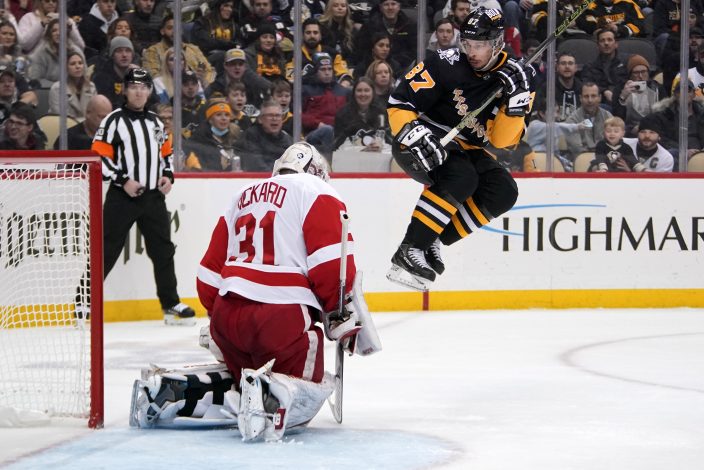 Evgeni Malkin continued a seven-game point streak with an assist on Guentzel’s goal. He has four goals and seven assists in 10 games since making his season debut on Jan. 11.

Malkin has points in all five home games this season and points in 14 of his last 16 home games – five goals and 19 points – dating back to last season.

Malkin also has points in eight of his last nine games against Detroit. In 22 career games against the Red Wings, Malkin has 11 goals and 32 points. 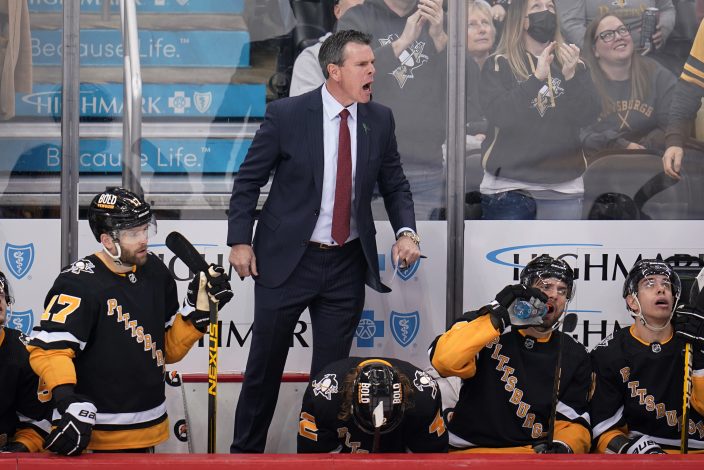 Pittsburgh Penguins head coach Mike Sullivan stands on his bench to get the referee's attention during the overtime period of an NHL hockey game against the Detroit Red Wings in Pittsburgh, Friday, Jan. 28, 2022. (AP PhotoGene J. Puskar)

Jakub Vrana and Troy Stecher practiced with the Red Wings on Thursday but have not rejoined the team. Thomas Greiss also returned to the team for the first time since entering the NHL’s COVID-19 protocols on Jan. 17, but did not dress on Friday.

Vrana, who won a Stanley Cup in Washington, has not played this season after suffering a shoulder injury in training camp. Vrana, who skated in a non-contact jersey, was cleared to shoot the puck and is expected to return in late February. Stecher underwent wrist surgery on Nov. 4.

Penguins: Continue a six-game homestand on Sunday against Los Angeles.