Nikola Jokic scored 22 of his 29 points in the second half to go with 13 rebounds and 10 assists and the Denver Nuggets held off the short-handed New Orleans Pelicans 116-105 on Friday night.

Jokic had just seven points during a closely contested first half, after which the Nuggets led 50-48. The reigning NBA MVP proceeded to score 16 points in the first 11 minutes of the second half, hitting three of the four 3-point shots in that stretch.

Denver led took an 86-78 lead into the fourth quarter and never relinquished it, going by as many as 16 when Bryn Forbes, who had 14 points, hit a 3 to make it 103-87 halfway through the period. 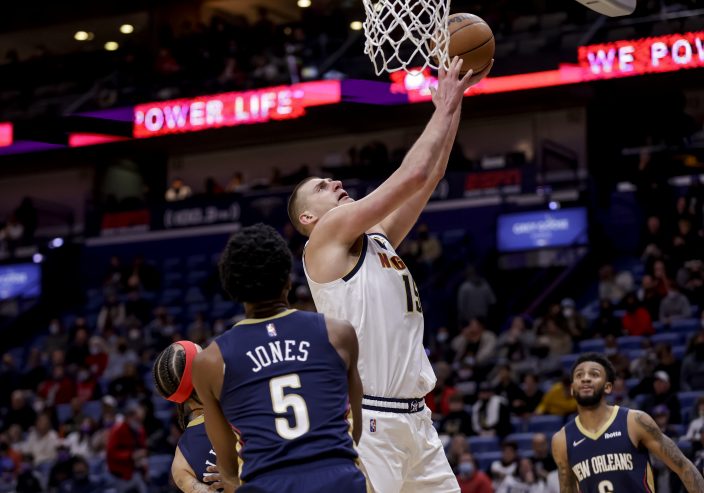 Aaron Gordon scored 20 points for the Nuggets. They won their fourth straight and fifth in six games. 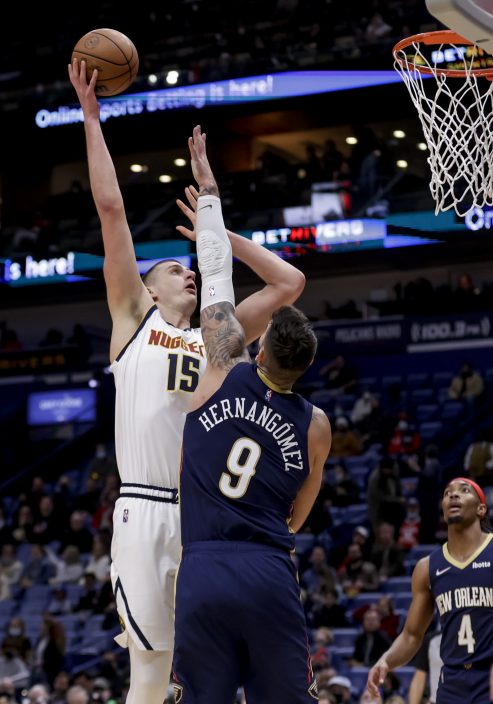 Pelicans guard Devonte' Graham, who scored 15 points, appeared to hurt his left knee early in the fourth quarter. He tried to play through it before heading toward the locker room late in the game. 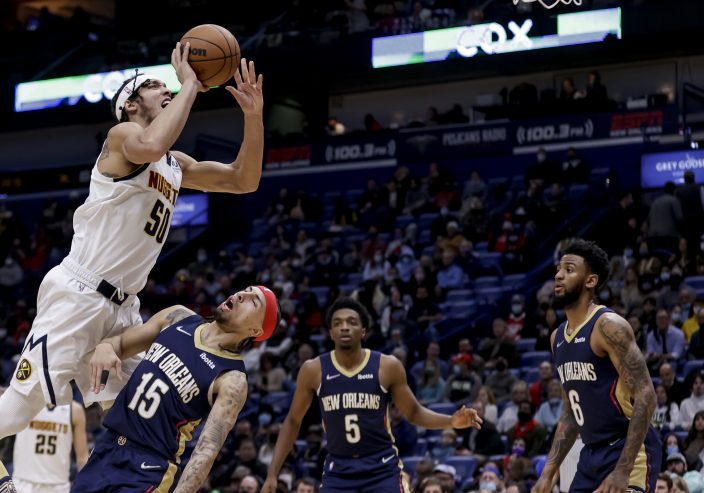 Nuggets: Jokic has 69 career triple-doubles. ... JaMychal Green, who has missed eight straight games because of COVID-19 protocols, returned to action. He played four minutes and grabbed one rebound. ... Monte Morris had 13 points and eight assists. ... Zeke Nnaji had 11 points. ... Made 12 of 33 3-pointers (36.4%). 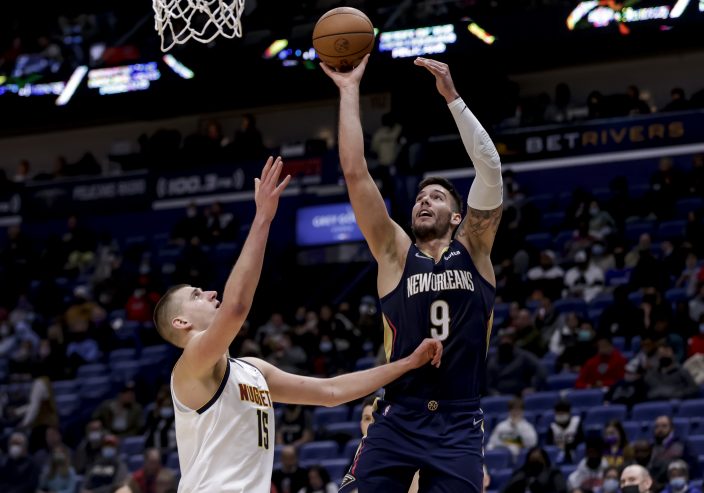 Nuggets: At Milwaukee on Sunday in the fourth of six straight road games.

Pelicans: Host Boston on Saturday night to wrap up a two-game homestand.