The Avalanche played without center Nathan MacKinnon, who missed the first of at least three games because of a concussion and facial fracture. 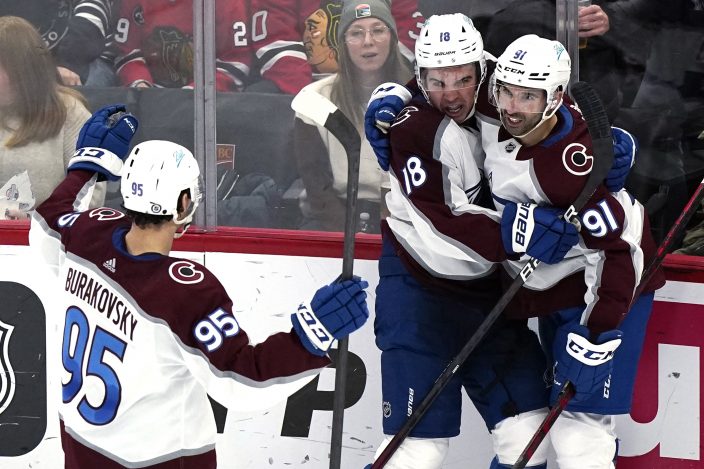 Patrick Kane and Brandon Hagel each scored twice for the Blackhawks, who trailed 3-0 early in the third period. Dylan Strome had two assists.

Chicago played without captain Jonathan Toews, who is out indefinitely because of a concussion.

Pavel Francouz made 39 saves for Colorado. He lost his bid for his second shutout this week against Chicago when Hagel scored on a deflection 1:38 into the third. 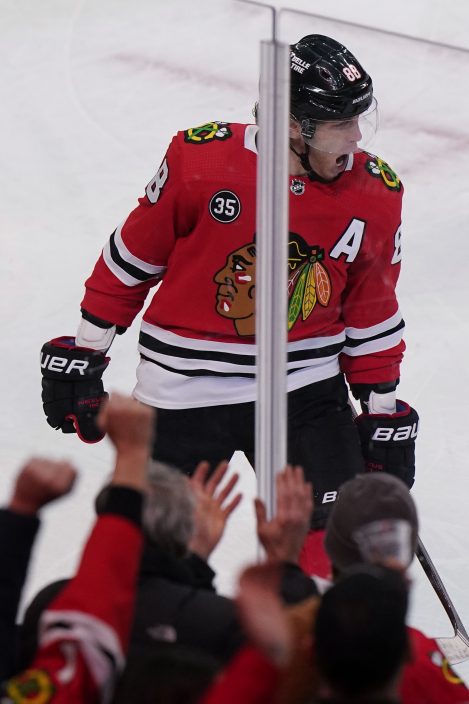 The Avalanche beat the Blackhawks 2-0 in Denver on Monday. They are 4-0-0 against Chicago this season.

Colorado improved to 31-8-3 for 65 points, tied with Florida for the NHL lead.

Landeskog, Colorado’s captain, has four goals and six points in his last four games. He has 18 goals this season. 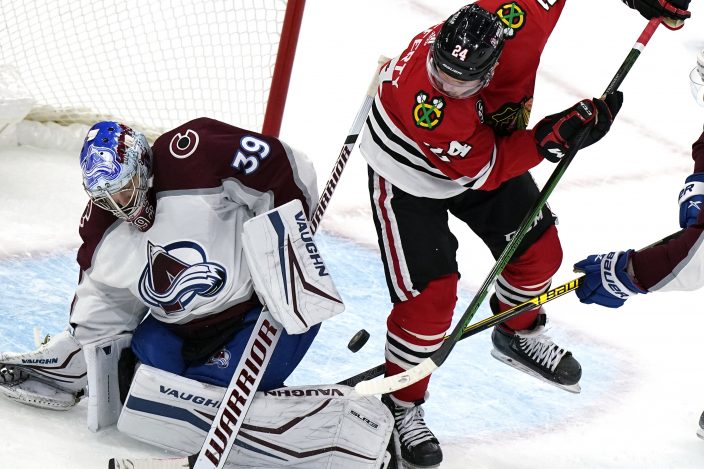 MacKinnon’s injury has thrown his availability for his fifth All-Star appearance into question. The 26-year-old MacKinnon has nine goals and 34 assists in 31 games.

He got hurt when he was hit by Boston Bruins forward Taylor Hall in the first period of Colorado’s 4-3 overtime win Wednesday that extended its home winning streak to 17 games.

Landeskog’s power-play goal put Colorado in front 1:15 into the second. He ripped a one-timer from the right circle over Fleury’s glove after taking Makar’s feed from the top of the slot.

An apparent goal by Newhook at 5:11 that would have made it 2-0 was disallowed after a video review showed Kadri had entered the Chicago zone offside.

The Avalanche did take a two-goal lead with 3:56 left in the period when Compher scored from the slot after Tyson Jost threaded a pass from behind the net.

The teams connected for four goals in a 98-second span early in the third.

Landeskog scored on a defection at 1:16. After Hagel got Chicago on the board, Kane connected 40 seconds later to make it 3-2.

Newhook redirected Kadri’s shot at 2:54 to give Colorado a 4-2 lead.

Kane scored his 11th goal of the season with 6 minutes left, cutting it to 4-3 when he was left open at the left side of the net.

Kadri fired in an empty-netter with 2:02 remaining, but Hagel was credited with a goal from a scrum with 1:29 to go.

Makar sealed it with 13 seconds left.

The Avalanche’s 15-game point streak is tied for second in franchise history and matches a run last season. The team’s longest points streak is 16 games set in 2000-01.

The Avalanche recalled former Blackhawks F Dylan Sikura from the minors to take MacKinnon’s roster spot. ... The Blackhawks recalled G Collin Delia from Rockford of the American Hockey League. He backed up Fleury with Kevin Lankinen sidelined by a right hand injury. ... Colorado D Devon Toews, who entered as the NHL’s plus/minus leader at plus-35, played in his 200th game. He’s not related to Jonathan Toews.

Avalanche: At Buffalo on Sunday.