The jury deliberating the fate of Michael Avenatti on criminal charges that he ripped off his star client, Stormy Daniels, told a judge on Thursday that it is deadlocked on the first of two counts.

The jury note was read aloud by U.S. District Judge Jesse M. Furman a day after deliberations began. The jury had deliberated only about four hours before delivering the message in Manhattan federal court.

“We are unable to come to a consensus on Count One,” the jury note read. “What are our next steps.” 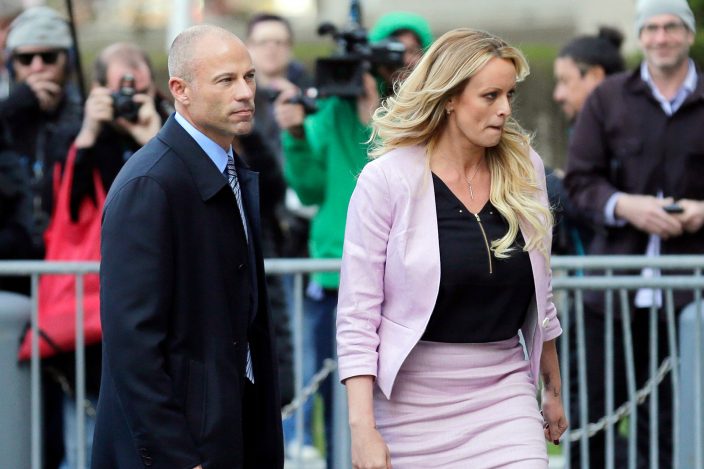 FILE- Adult film actress Stormy Daniels, accompanied by her attorney, Michael Avenatti, left, walk away after speaking to the media outside federal court, on April 16, 2018, in New York. The jury deliberating the fate of Michael Avenatti on charges that he ripped off his star client, Stormy Daniels, has told a judge that it is deadlocked on the first of two counts he faces. (AP PhotoSeth Wenig, File)

Lawyers on each side were discussing with the judge how to respond to the note, though Furman said he was inclined just to tell them to “keep at it.”

He instructed them to continue their deliberations, reminding the jurors of the commitment they made to work toward a verdict.

Count one was a wire fraud charge. The jury was also considering a second count, aggravated identity theft. 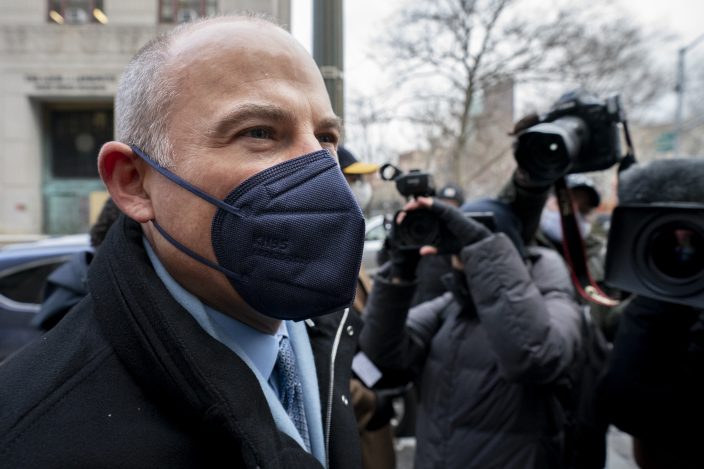 Michael Avenatti arrives to Federal court in Manhattan, Monday, Jan. 24, 2022, in New York. The jury deliberating the fate of Michael Avenatti on charges that he ripped off his star client, Stormy Daniels, has told a judge that it is deadlocked on the first of two counts he faces. (AP PhotoJohn Minchillo)

After the jury resumed deliberations, Avenatti told reporters: “The case isn’t as clear cut as the government wants everybody to believe.”

During the two-week trial, prosecutors said the California lawyer cheated Daniels of nearly $300,000 she was owed for her autobiography, spending it on his firm’s payroll and personal expenses.

Avenatti, representing himself, argued that he was owed the money and never thought it was wrong to take it.

Avenatti helped secure the book deal for Daniels in spring 2018, shortly after he began representing her in lawsuits meant to free her from the rules of a 2016 payment of $130,000 she had received from Donald Trump's personal lawyer to remain silent about an alleged tryst a decade earlier with Trump.

The hush-money payment occurred just days before Trump was elected president. He has denied the claims by Daniels.