British Prime Minister Boris Johnson couldn't escape his domestic woes during a trip to Belgium and Poland on Thursday aimed at increasing pressure on Russia over its troop buildup near Ukraine.

Johnson was trying to show NATO’s resolve in response to Russia massing troops near its neighbor’s borders. But he faced questions about a police investigation into lockdown-breaching government parties that has shaken his grip on power.

And a previous Conservative Prime Minister, John Major, excoriated Johnson in a no-holds-barred speech, saying the government’s disregard for rules and truth was corroding democracy and shredding the U.K.’s reputation around the world. 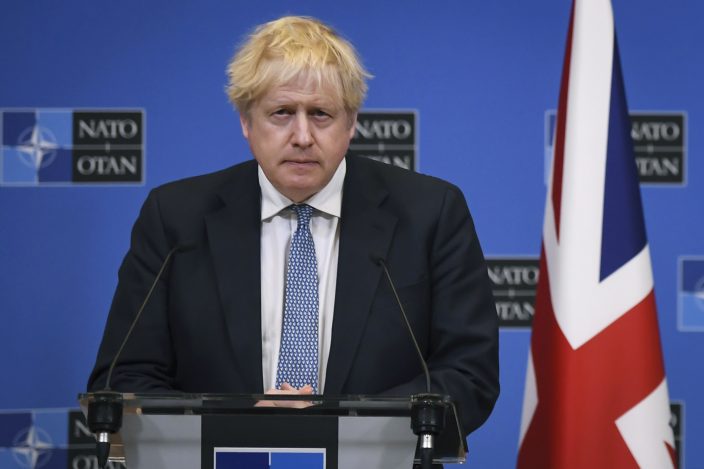 “The prime minister and officials broke lockdown laws. Brazen excuses were dreamed up. Day after day the public was asked to believe the unbelievable,” Major said in London.

He said Johnson and his government had treated the truth as optional and believed that “they and they alone need not obey the rules.”

London’s Metropolitan Police force is investigating a dozen parties held in the prime minister’s 10 Downing St. office and other government buildings when the U.K. was under coronavirus restrictions. 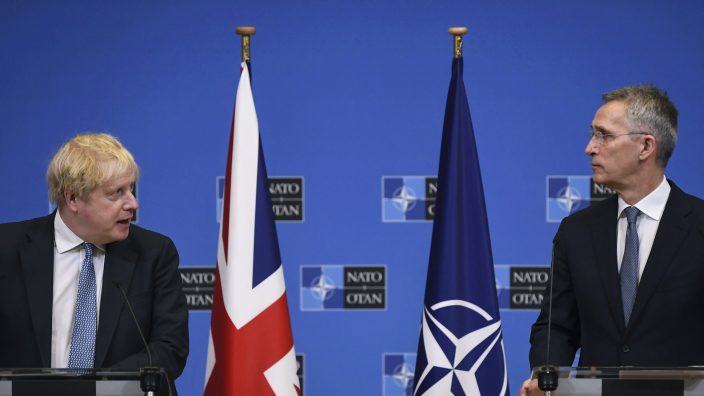 The force is writing to about 50 people, including the prime minister and his wife Carrie Johnson, asking for them to account for their activities on the dates under investigation. Anyone found to have broken the rules faces a fine.

Johnson’s opponents say he should quit if police found he broke the rules. But he refused to say Thursday whether he would resign if that happened.

“That process must be completed and I am looking forward to it being completed and that’s the time to say more on that,” he said during a news conference alongside NATO Secretary-General Jens Stoltenberg in Brussels. 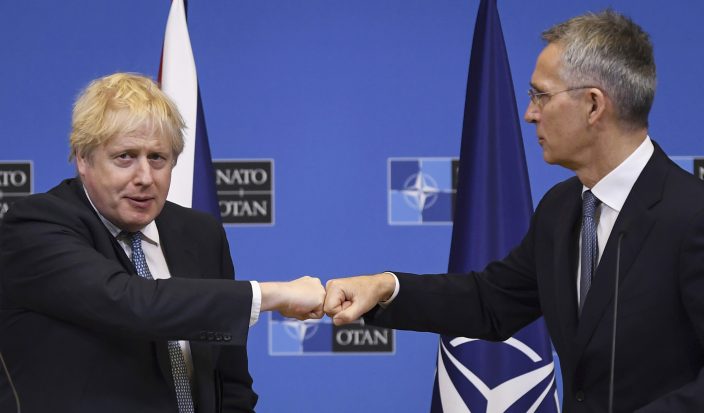 Johnson is fighting to extinguish a blaze of controversy over “bring your own booze” office parties, birthday celebrations and “wine time Fridays” held by his staff while millions in Britain were barred from meeting with friends and family because of his government’s COVID-19 restrictions.

In addition to the police probe, a total of 16 parties have been investigated by a senior civil servant, Sue Gray.

In an interim report into the four parties not under criminal investigation, Gray found that “failures of leadership and judgment” enabled events to occur that “should not have been allowed to take place” and described a Downing Street operation marked by excessive drinking and dysfunctional dynamics. 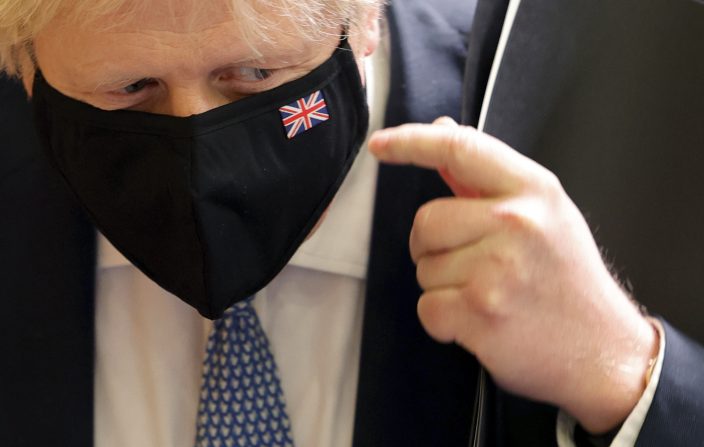 Johnson apologized — without admitting personal wrongdoing — and shook up his office team in attempt to reassert control. The staff moves are intended to reassure Conservative lawmakers who are debating whether to seek a no-confidence vote in the leader who won them a big parliamentary majority just over two years ago.

Johnson wants the focus to be on the Russia-Ukraine crisis and the U.K.’s efforts to use a mix of deterrence and diplomacy to resolve it. The prime minister is also traveling Thursday to Poland, where he will meet President Andrzej Duda and Prime Minister Mateusz Morawiecki and visit British troops serving as part of NATO’s presence on its eastern flank.

The U.K. has also sent hundreds of troops to Estonia and will deploy Royal Air Force jets to southern Europe and two Royal Navy vessels to the eastern Mediterranean. Johnson said the forces would help “defend NATO from north to south.” 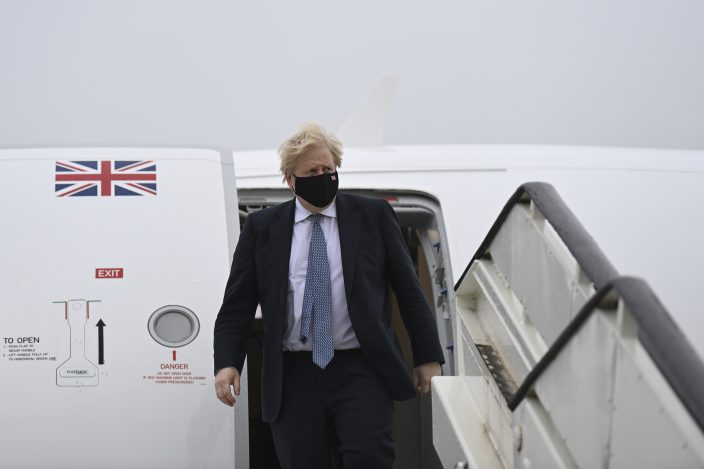