Suddenly, Bayern Munich has problems it didn’t have last week.

After stretching its Bundesliga lead to nine points over the weekend with an almost complete squad at coach Julian Nagelsmann’s disposal, the nine-time champion could have been forgiven for allowing itself a breather before the start of the business end of the season.

But Germany defender Niklas Süle’s decision to leave for league rival Borussia Dortmund has clearly irked some at the Bavarian club, and goalkeeper Manuel Neuer’s decision to opt for knee surgery may yet prove ill-timed. 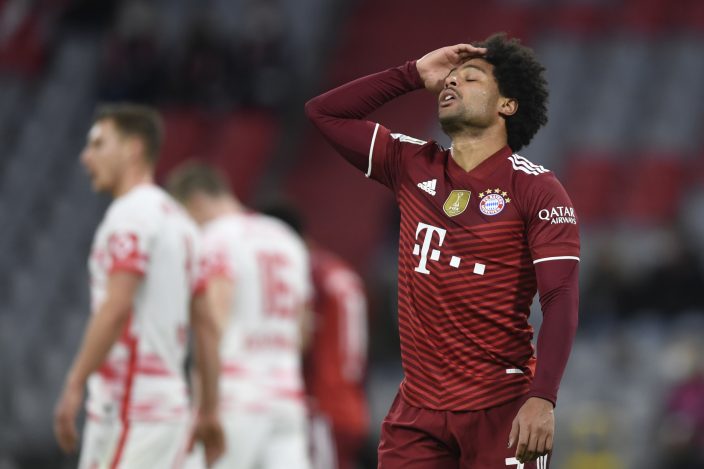 The Bayern captain’s replacement Sven Ulreich missed training early Wednesday due to a COVID-19 infection in his family. The 33-year-old goalkeeper returned after a negative test to train in the afternoon, but Bayern remains short of options if he drops out for any reason over the next few weeks of Neuer’s absence.

Jamal Musiala has also since tested positive for the virus, another reminder to Nagelsmann that the uncertainty of an infection can reduce his options at any time.

Bayern visits Bochum in the Bundesliga on Saturday, then Salzburg for the first leg of their Champions League round of 16 tie on Wednesday. League games against Greuther Fürth, Eintracht Frankfurt and Bayer Leverkusen follow, before the return leg against Salzburg in Munich. Bayern expects to be playing in the Champions League semifinals in April. 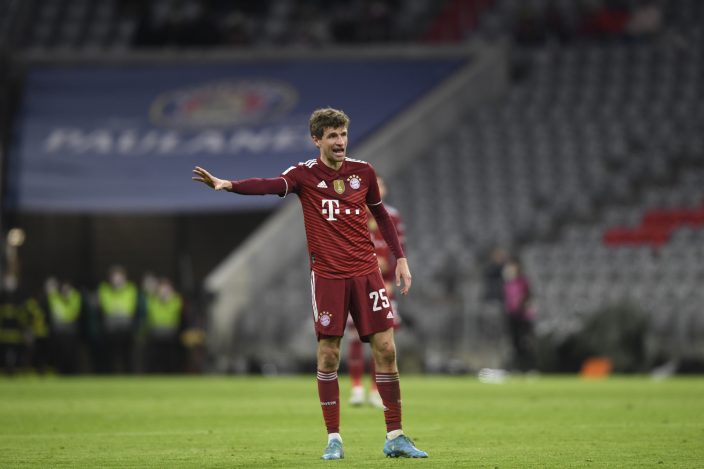 The Bavarian powerhouse has already shown it has enough strength in depth with quality players to compensate for a COVID outbreak, but the goalkeeping position is potentially a weak link if Ulreich were to join Neuer on the sidelines.

The 22-year-old Christian Früchtl is Bayern’s third choice, but he hasn’t played for the senior team this season. Früchtl’s last game was with the reserves in September. The 19-year-old Johannes Schenk has also played one game in the Bavarian regional league for the reserves, in December, as well as an appearance in November for the under-19s.

Meanwhile, it remains to be seen how Süle’s teammates react to the news that he’ll be playing against them next season.

“We’re all annoyed that Niklas is going. We’ll miss him,” Neuer said after Bayern’s 3-2 win on Saturday — three days after Bayern announced Süle will leave at the end of this season, and two days before Dortmund announced he will join.

Former Bayern chairman Karl-Heinz Rummenigge had been less complimentary, suggesting the previous Monday that Süle “never really established himself” at the club.

Süle has played in more Bundesliga games this season (19) than any other Bayern defender and he started on Saturday against Leipzig.

Bayern president Herbert Hainer said he didn’t see what attraction Dortmund had over his club for Süle.

“I don’t think it’s a sporting step up,” Hainer said Tuesday. “Dortmund always tries to compete with us. But as you’ve seen from the last nine years at least, we know how to defend ourselves.”