South Korea’s parliament on Monday approved plans to provide a special time for COVID-19 patients to vote during the March 9 presidential election as the country grapples with a record-breaking omicron surge.

The proposed revision of an election-related law will take effect if it is endorsed by the Cabinet Council and signed by the president — steps widely considered a formality since the governing and opposition parties have already agreed on the measure.

Voters diagnosed with highly infectious diseases such as COVID-19 and others placed in quarantine would be allowed to visit polling stations and cast ballots after regular voting closes at 6 p.m., according to a copy of the legislation on the website of the National Assembly. The special voting time would close at 7:30 p.m. 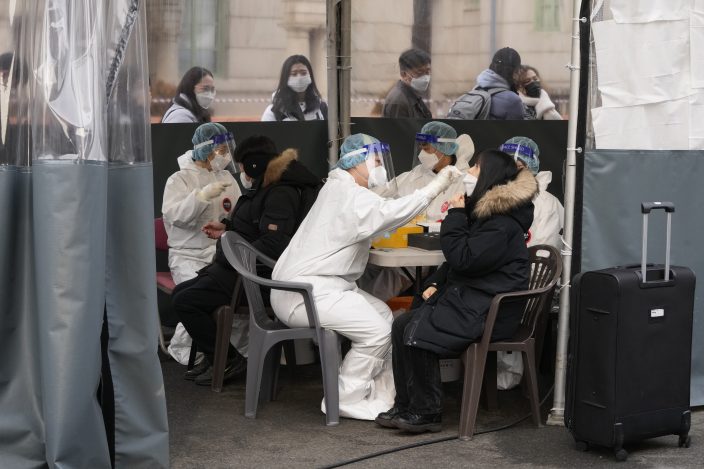 Virus patients who have already applied for postal ballots in a now-ended registration period can still vote by mail, according to the National Election Commission.

Commission officials said they will work out details such as whether to install separate polling booths for sick voters and what protective gear polling officers would wear.

The move comes as South Korea is struggling to suppress a fast-spreading omicron surge. 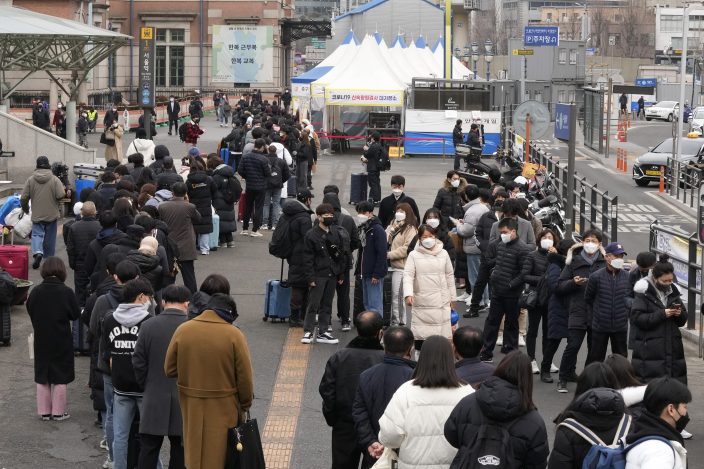 On Monday, new virus cases surpassed 50,000 for a fifth consecutive day, taking the country’s confirmed total to 1,405,246 with 7,102 deaths. The current level of new daily cases is about a 12-fold increase from mid-January, when omicron became the country’s dominant strain.

Health authorities are warning that South Korea may see up to 170,000 new daily cases by late February. As of Monday, about 232,000 people with mild or moderate symptoms are being treated at home, according to the Health Ministry.

In response to the virus spike, South Korea has significantly eased quarantine restrictions and reshaped its COVID-19 response to focus on at-home treatment and rapid antigen testing.

How to deal with the pandemic's economic impact is a hot topic in the March 9 presidential vote. Opinion surveys show liberal governing party candidate Lee Jae-myung and his conservative opposition rival Yoon Suk Yeol running neck-and-neck. By law, current President Moon Jae-in is barred from seeking reelection and his single five-year term ends in May.