The trial of three former Minneapolis police officers charged with violating George Floyd's civil rights heads into what may be its final week Monday, with the third officer yet to take his turn on the stand.

Thomas Lane is expected to testify as his attorney presents his case, the last to do so in the nearly month-long proceeding before the federal trial moves to closing arguments and then to the jury.

Lane, Tou Thao and J. Alexander Kueng are charged in federal court with violating Floyd’s constitutional rights when Derek Chauvin pressed his knee into Floyd’s neck for 9 1/2 minutes as the 46-year-old Black man was handcuffed, facedown on the street and pleading for air before going silent. Kueng knelt on Floyd’s back, Lane held his legs and Thao kept bystanders back. 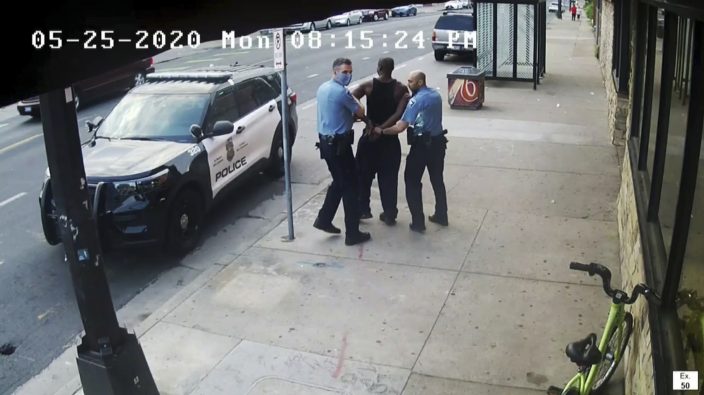 FILE - This image from video shows Minneapolis Police Officers Thomas Lane, left and J. Alexander Kueng, right, escorting George Floyd, center, to a police vehicle outside Cup Foods in Minneapolis, on May 25, 2020. The two and another former Minneapolis officers are on trial in February 2022, on federal civil rights charges in Floyd's death. All three are expected to testify. Kueng took the stand Wed. Feb. 16, 2022 in the trial. (Court TV via AP, Pool, File)

Chauvin was convicted in state court of murder and pleaded guilty in the federal case last year. The remaining three fired officers are accused of depriving Floyd of his right to medical care, with Kueng and Thao also accused of failing to intervene to stop Chauvin in a killing that triggered protests worldwide and a re-examination of racism and policing.

Prosecutors have argued that the officers violated their training by not rolling Floyd onto his side or giving him CPR, and that even bystanders could see that Floyd was in trouble. Defense attorneys have attacked the department's training as inadequate and have highlighted a culture that they said emphasized deference to senior officers like Chauvin.

Kueng testified to the latter last week. Kueng and Lane were both rookies, with just a few days working without a trainer, and Kueng testified last week that he feared he could be fired for disobeying a superior. 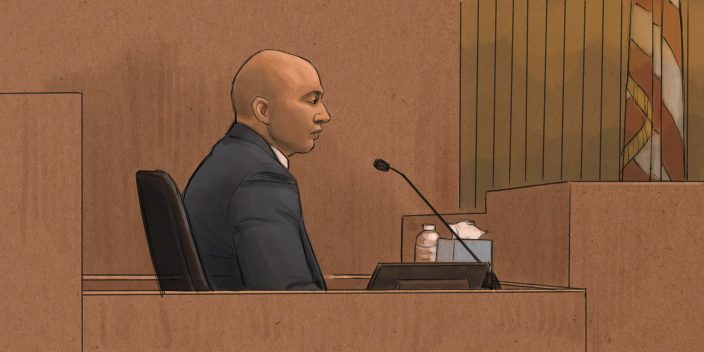 In this courtroom sketch, former Minneapolis Police Officer J. Alexander Kueng testifies during his trial in the killing of George Floyd in federal court in St. Paul, Minn., on Wednesday, Feb. 16, 2022. Kueng is one of three former officers charged in federal court with violating Floyd's constitutional rights when Officer Derek Chauvin pressed his knee into Floyd's neck for 9 12 minutes as the 46-year-old man was handcuffed, facedown on the street. (Cedric Hohnstadt via AP)

“He was my senior officer and I trusted his advice,” Kueng said of Chauvin.

Prosecutors questioned Kueng about training, including material from an emergency medical responder course he took that said someone might not be breathing adequately even though they're talking and then lists thing to check for.

She pointed out that Floyd stopped talking after about 4 ½ minutes and asked if it was a “red flag.” 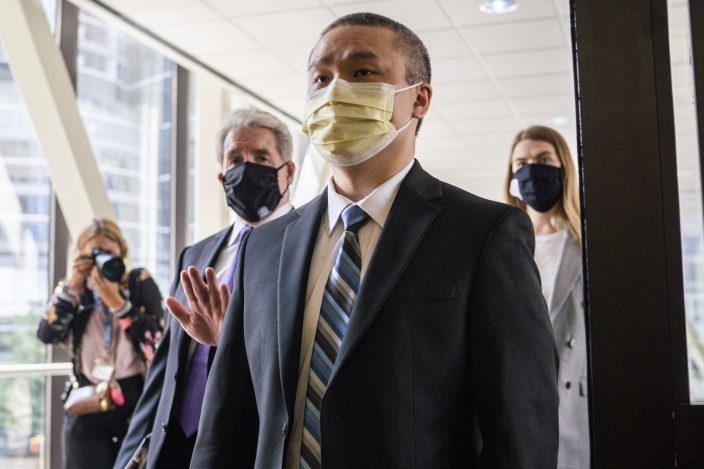 FILE - Former Minneapolis Police Officer Tou Thao enters the Hennepin County Courthouse with his attorneys before a motions hearing in Minneapolis on July 21, 2020. Thao, who is charged with violating George Floyd's civil rights when the Black man was killed under fellow Officer Derek Chauvin's knee took the stand in federal court Tuesday, Feb. 15, 2022, testifying about academy training that included handcuffing drills in which knees were used to restrain people. (Evan FrostMinnesota Public Radio via AP)

“It is something to reassess, yes ma’am,” replied Kueng, who later agreed that he was trained to roll someone on their side to help them breathe when it was safe to do so. Kueng acknowledged he didn't do so despite Lane's suggestion.

Lane, who is white; Kueng, who is Black; and Thao, who is Hmong American, also face a separate state trial in June on charges alleging that they aided and abetted murder and manslaughter.

Chauvin, who is white, pleaded guilty in December to a federal civil rights charge. 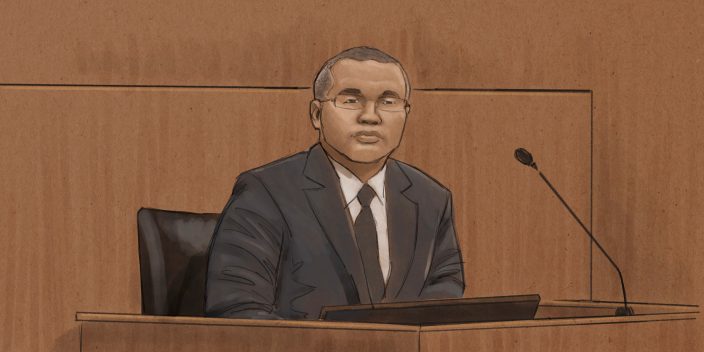 In this courtroom sketch, former Minneapolis Police Officer Tou Thao testifies during his trial in the killing of George Floyd in federal court in St. Paul, Minn., on Tuesday, Feb. 15, 2022. Thao is one of three former officers charged in federal court with violating Floyd's constitutional rights when Officer Derek Chauvin pressed his knee into Floyd's neck for 9 12 minutes as the 46-year-old man was handcuffed, facedown on the street. (Cedric Hohnstadt via AP) 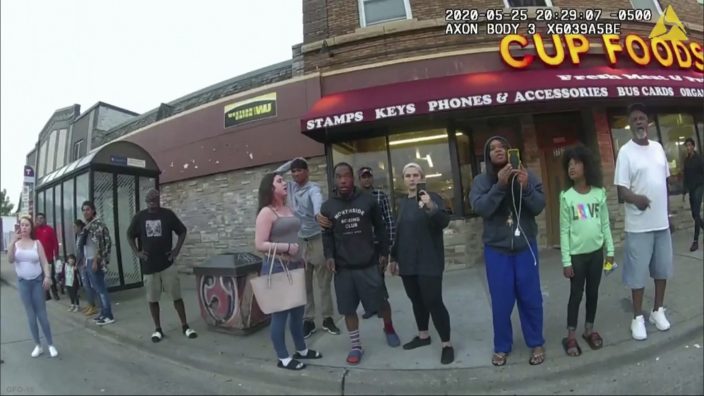