Swiss skier Tanguy Nef upset the pre-race favorites and posted the fastest time in the opening run of a men’s slalom Saturday, the first World Cup race after the Beijing Olympics.

Nef, who started 25th and whose best World Cup result is a sixth place, had a clean run to beat then-leader Henrik Kristoffersen of Norway by 0.07 seconds.

Loic Meillard was one-hundredth of a second further behind and Daniel Yule trailed by 0.47 as the Swiss team finished 1-3-4 in the first run. 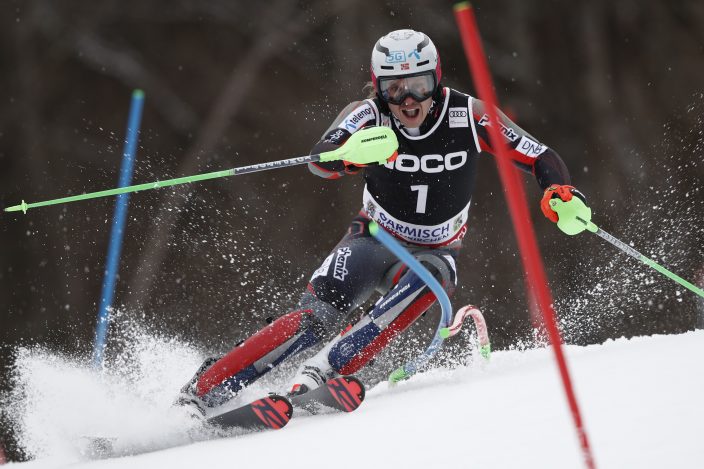 Racing in mild temperatures, Olympic champion Clément Noël struggled on the soft snow conditions and the Frenchman finished 1.18 seconds off the lead despite avoiding apparent mistakes.

Kristoffersen’s teammate Lucas Braathen, who led the slalom standings coming into the race, straddled a gate halfway down his run, but he was already more than eight-tenths of a second off the lead at the first split. 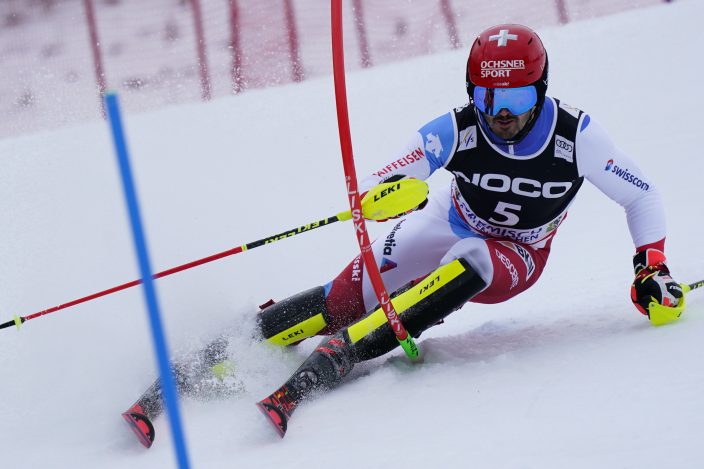 The six World Cup slaloms so far this had six different winners.

Saturday’s race is the first of two slaloms this weekend.