Bayern Munich needs a spark to reignite its Bundesliga and Champions League campaigns. Playing Bayer Leverkusen might be just what it needs.

Bayern has underwhelmed on all fronts over the last month, with a shock 4-2 loss at Bochum followed by a 1-1 draw at Salzburg in the first leg of their Champions League last-16 fixture. Last week's 1-0 win over Eintracht Frankfurt was better, but hardly convincing.

Julian Nagelsmann and his team head into two games which might define their season, at home to Leverkusen on Saturday, then hosting Salzburg in the Champions League three days later. 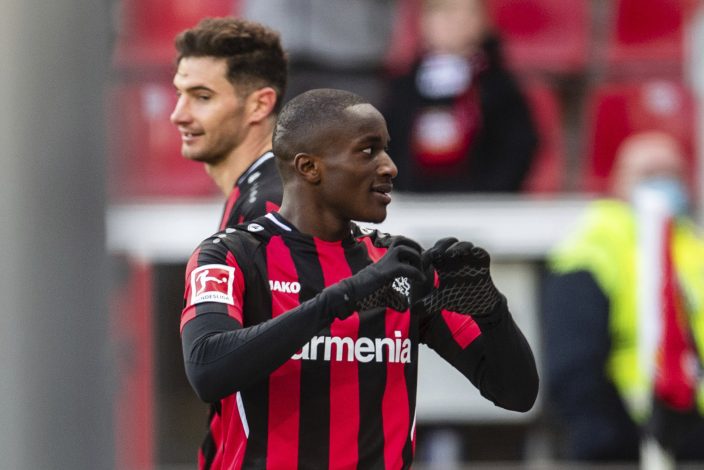 Recent history is on Bayern's side against a third-placed Leverkusen team which has tended to crumble against Bayern. In each of the last two seasons, Leverkusen was an early season title challenger until Bayern visited and spoiled the party — last time in style with a 5-1 hammering in October.

Bayern will be looking for its fifth consecutive win against Leverkusen, which still remembers its last win over the champion, a 2-1 smash-and-grab victory in Munich in November 2019, in the early days of Hansi Flick's tenure as Bayern coach.

As so often in recent years, when Bayern stumbles, Borussia Dortmund has failed to exploit the advantage. Dortmund's 1-1 draw with lowly Augsburg last week allowed Bayern to extend its league lead to eight points in pursuit of a record-extending 10th consecutive league title. 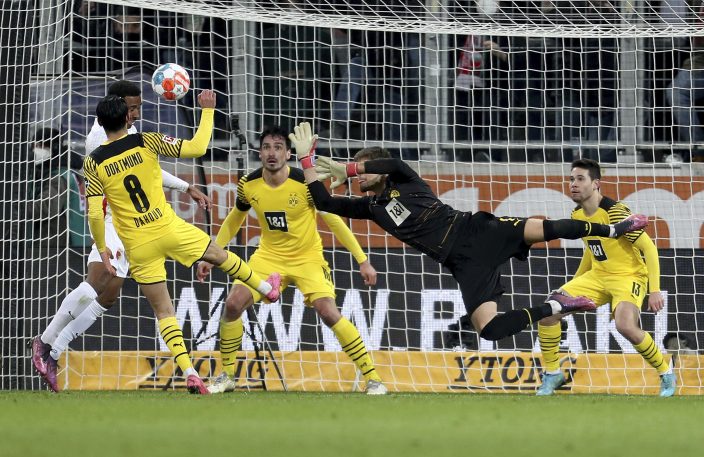 Dortmund's visit to Mainz on Sunday will be all about restoring some confidence after the Augsburg slip-up and elimination by Rangers in the Europa League. Dortmund's poor injury record continued as the club revealed on Wednesday that promising 17-year-old striker Youssoufa Moukoko tore a thigh muscle in the Augsburg game.

Leipzig's meeting with Freiburg on Saturday has meaning for two competitions beyond the Bundesliga. They are fourth and fifth respectively, both on 40 points, making the game key to the Champions League qualification race, and they could be meeting soon in the German Cup after both reached the semifinals on Wednesday. The draw for the next round is on Sunday.

Elsewhere, Stuttgart and its American coach Pellegrino Matarazzo are mired in the relegation zone and are looking to beat another struggling team, Borussia Mönchengladbach, to take a step closer to safety.