One month after James Harden and Ben Simmons were traded for each other, it’s time for Philadelphia and Brooklyn to meet.

The showdown between the Nets and 76ers is Thursday night at Philadelphia — although it may not be quite the spectacle that was anticipated when the deal was made.

Simmons hasn’t played at all for his new team, and it’s not clear exactly when he’ll be back. Harden has only been on the court for a few games for the 76ers, who are challenging for the top spot in the Eastern Conference. 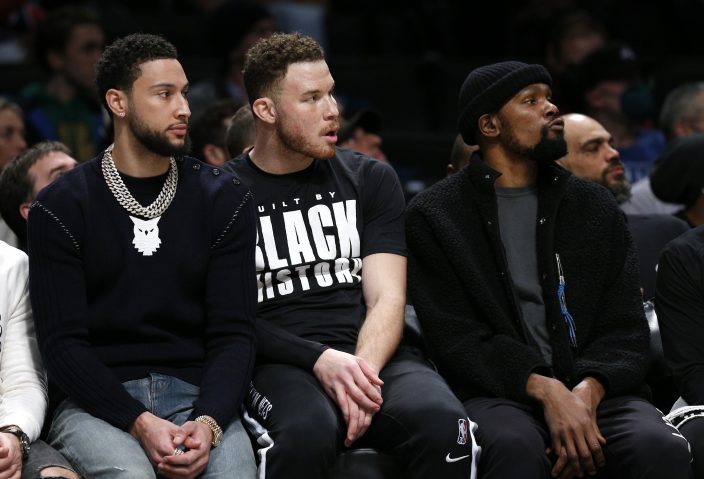 “Honestly, every game is a big game for us. We're fairly new and we've got championship aspirations, so every game is a learning process for us no matter who we're playing,” Harden said after a win over Chicago on Monday night. “Thursday, Brooklyn is going to be a tough challenge, but that's no different than tonight's Chicago Bulls team.”

The 76ers and Nets have been headed in opposite directions lately – and that’s not a referendum on just Harden and Simmons. Philadelphia is 8-2 since the trade. Harden has played in only five of those games because of left hamstring problems, but he’s given the 76ers the type of production that’s expected from the 32-year-old superstar: a triple-double and three double-doubles already.

Brooklyn, meanwhile, has lost 17 of its last 20 games, a tailspin that began well before the trade. Like last year, the Nets look like they could be title contenders on paper if their top players are healthy at the right time — but at this point, Brooklyn isn’t even assured of a playoff spot unless it can snap out of this funk soon. 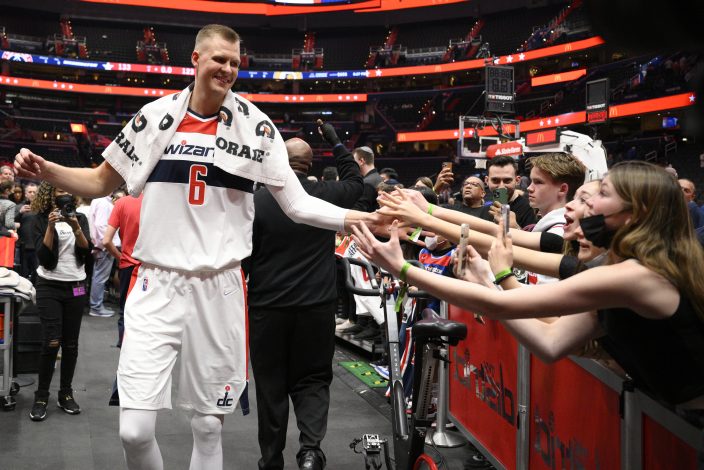 Simmons has been dealing with back issues. Kevin Durant missed 21 straight games before returning last week. Kyrie Irving, limited to road games because of New York City’s coronavirus-related rules on vaccination, has played with Durant only four times this season. They were both available Sunday at Boston, but the Nets lost 126-120.

“We looked like a brand new team that has never played together before as a group, and they looked like a team that knew exactly what they were doing,” coach Steve Nash said. “That’s the gap for our group, is to find that cohesion, that understanding, and be able to execute in those situations.”

That chemistry is often a concern after the trade deadline, but this year health is a bigger issue with some acquisitions. Simmons is certainly an example of that. Elsewhere in the East, Washington traded for Kristaps Porzingis, but he didn’t play for the Wizards until Sunday when he returned from a knee bone bruise.

Washington started 10-3 this season but has slipped all the way to 11th place in the East. In addition to Porzingis, the Wizards have also been without star Bradley Beal recently after he had wrist surgery.

Cleveland has been one of the league’s surprise teams, but the Cavaliers are clinging to sixth place — the last spot above the play-in teams — after six defeats in their last eight games. Cleveland traded for guard Caris LeVert, but he’s played only four games for the Cavs because of a sprained foot.

Still, Cleveland is in a better spot in the standings than Brooklyn, which is tied for eighth and just two games ahead of 11th-place Washington. The game in Philadelphia on Thursday night, which once seemed like it might be an emotionally charged clash between Simmons and his former team, now looks like just another chance for Durant and Irving to try to right the Nets’ ship. They need as many wins as they can get, regardless of who they’re against.

The 76ers are in much better shape, but Harden still hasn’t played much for them, and they’ll want to be as prepared as possible for a huge postseason. For all their high draft picks and high expectations, Philadelphia hasn’t advanced past the second round of the playoffs since 2001. Harden has played on an NBA Finals team just once, back when he was with Oklahoma City in 2011-2012.

So there’s pressure on the 76ers too, and as charged up as the crowd might be for this game against the Nets, Philadelphia has loftier goals to focus on.

“It's a regular matchup for me, a regular-season game,” Philadelphia star Joel Embiid said. “Just have to come in with the same mindset we've had.”