Transparency is the latest buzz word on the PGA Tour, especially in light of the challenge from rival golf leagues and what the tour can do to improve its relationship with players.

No one has offered a clear example of the lack of transparency, except to wonder about the source of the money for the $40 million Player Impact Program and an additional $10 million or so for the “Play 15” program. One guess would be the $7 billion media rights deal.

Patrick Cantlay offered a unique perspective, as he often does. 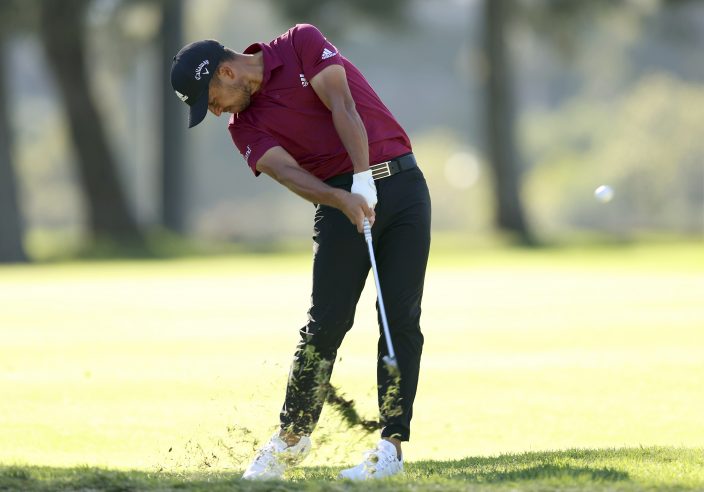 Xander Schauffele hits his second shot on the 11th hole during the second round of the Genesis Invitational golf tournament at Riviera Country Club, Friday, Feb. 18, 2022, in the Pacific Palisades area of Los Angeles. (AP PhotoRyan Kang)

“I would say one of the tough things about the way it's set up out here is the onus tends to be on the player to go and figure those things out for himself,” Cantlay said. “There's not like a big debrief, or there's no one that is a professional that's really looking into it. So it seems as though if a player is interested, he can try and go down that rabbit hole and figure it out. But he's kind of on his own.”

That would relate mainly to financials and business models, and Cantlay — again, no surprise — has taken time to inspect both.

Rory McIlroy offered another version as it related to discipline. The tour has had a longstanding policy of not disclosing fines or suspensions. McIlroy, while giving PGA Tour Commissioner Jay Monahan high marks for navigating through a pandemic and the big media rights deal, said transparency was lacking. 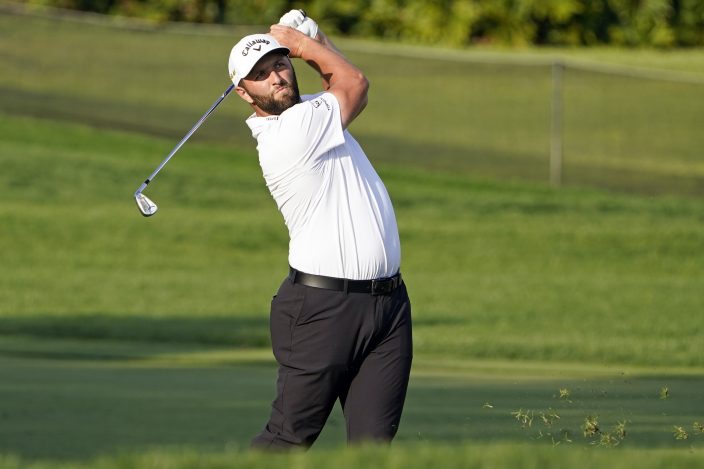 Jon Rahm, of Spain, hits a shot from the 16th fairway during the first round of the Arnold Palmer Invitational golf tournament Thursday, March 3, 2022, in Orlando, Fla. (AP PhotoJohn Raoux)

Monahan's reply to that: “I would just say effective immediately, Rory McIlroy is suspended.”

Once the laughter subsided, Monahan sounded as though it could be considered. He noted McIlroy is on the PGA Tour policy board, and if a board member raises the issue, it at least can be discussed by the Player Advisory Council and ultimately the board.

Occasionally a player will disclose discipline.

In 2008, rumors were circulating near John Daly's home in Arkansas that he had been suspended for life because of a series of off-course incidents, including a shirtless interview and a jail mug shot with his eyes half-closed.

Daly called The Associated Press to say the suspension was only six months. He wanted to be honest with his fans and let them know why he wouldn't be playing. The tour, of course, declined to comment.

Whether the tour decides to announce fines or other discipline is yet to be determined. Monahan did indicate in a January interview that he might be open to finally releasing the final vote for PGA Tour awards, such as player of year. The tour announces only who won, not wanting any attention on the runner-up if the vote was close, or perhaps not wanting evidence of how many players actually vote.

The 24-year-old Scheffler moved to No. 5 in the world. For the first time since the ranking began in 1986, the top five players are all in their 20s.

This is nothing new in golf, which has been trending younger for years. The leading three players in the world ranking were all in their 20s in August 2015 (Jordan Spieth, Jason Day and Rory McIlroy). Five months later, under-30 players occupied the top four positions in the world when Rickie Fowler moved to No. 4.

This latest trend might not last much longer. Cantlay turns 30 a week from Thursday.

Xander Schauffele hasn’t been parading around his gold medal from the Olympics the last seven months, mainly because his proud parents have it. He wasn’t even sure where it is at the moment.

One time he recalls having it with him was memorable.

He took the medal with him to the Zozo Championship in Japan. It was in a side pocket of his backpack when he went through security, and it raised questions.

“My bag got pulled aside. I totally forgot that I had it in my actual bag just because I just slipped it in there when I was going to go travel,” Schauffele said. “And the guy was like, ‘There’s something circular in your bag.’ He’s ripping through the bag and then I was like, ‘Oh, dang it.’”

Schauffele removed the medal and soon realized that not all Olympic champions are recognizable.

“I guess I need to keep playing good golf.”

The field at Bay Hill was strong and so was the test. Perhaps it was no surprise that so many top players contended at the Arnold Palmer Invitational.

That also meant that one of the three spots available for the British Open went unused. The R&A uses four PGA Tour events to allot spaces for the Open, provided they go to players who finish among the top 10.

Of the top 10 at Bay Hill, only Chris Kirk and Talor Gooch were already exempt. It raises the question whether the R&A should consider going deeper than the top 10 when the field is as strong as it was for tournaments like Bay Hill.

Then again, the objective is for deepest Open field possible. To fill the field after exemptions are taken, the R&A uses the world ranking from a few weeks before the Open for a reserve list. That would reward consistent play over one good week.

Jon Rahm doesn't have too many memories of watching major championship golf when he was growing up in Spain except for the British Open. It wasn't that he didn't care about the others. He just had parents who were strict when it came to bedtime.

“My curfew was 9:30, so I didn't get to watch much,” Rahm said. “The only time I could miss it was to watch the first half of a soccer game that started at 9 p.m. So I could get almost to 10 to watch our soccer team.”

There was one year in 2005 when Tiger Woods hit that chip on the 16th green at the Masters that made a U-turn, paused at the edge of the cup and dropped for birdie. That gave Woods a two-shot lead. He won in a playoff, as Rahm would discover the next day.

“I remember when Tiger made the chip-in in ‘05. I begged my parents to stay up — ‘Nope, you’re going to school tomorrow, you can't stay up,'" he said.

Rory McIlroy has won all 19 of his stroke-play PGA Tour events at double digits under par. His average score is 268.

“I’m not sentimental. I’m not there to make up the numbers. I’m there to play golf.” — Padraig Harrington, on returning to the Masters at age 50 after missing the last six years.