Competition and other membership issues always required a majority approval of the four players serving on the 10-member PGA Tour policy board. Next year it goes back to an even split of player directors and independent directors.

A fifth player is joining the board effective next January, with Patrick Cantlay appointed to a one-year term.

“It bring additional views and perspectives from a player standpoint,” said Andy Pazder, the tour's chief tournament and competitions officer. 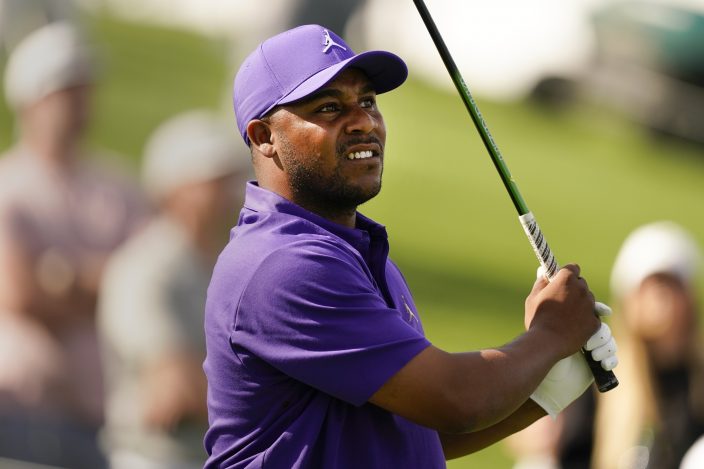 Harold Varner III watches his shot from the 18th tee during the third round of play in The Players Championship golf tournament Monday, March 14, 2022, in Ponte Vedra Beach, Fla. (AP PhotoGerald Herbert)

What makes this position different is it will be determined by the four players already on the board instead of a vote by the entire membership.

The other player directors — currently Rory McIlroy, Kevin Kisner, James Hahn and Charley Hoffman — previously were elected by their peers to be chairmen of the Player Advisory Council for a year, and then they graduate to the policy board for a three-year term.

Cantlay was on the ballot for PAC chairman this year, finishing third behind Webb Simpson and Peter Malnati. Now he goes straight to the board next year. Whoever is appointed to the fifth seat after Cantlay will serve a three-year term. 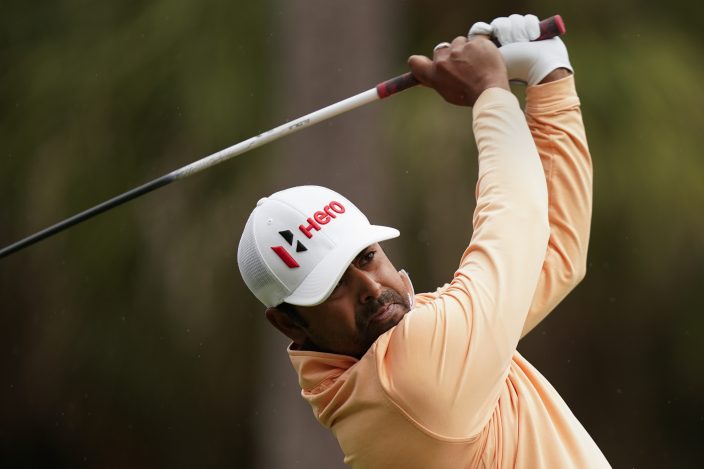 Anirban Lahiri, of India, hits from the second tee during the final round of play in The Players Championship golf tournament Monday, March 14, 2022, in Ponte Vedra Beach, Fla. (AP PhotoGerald Herbert)

For years, the PGA Tour board comprised four players and four independent directors, along with the current of PGA of America president.

At the time, the PGA Tour was about to start negotiating a new media rights deal and AT&T was likely to be among those interested. Randall Stephenson, the chairman and CEO, is on the tour's board of directors and would have needed to recuse himself from board matters during negotiations. That led to Meeker's appointment to have four independent directors to vote. 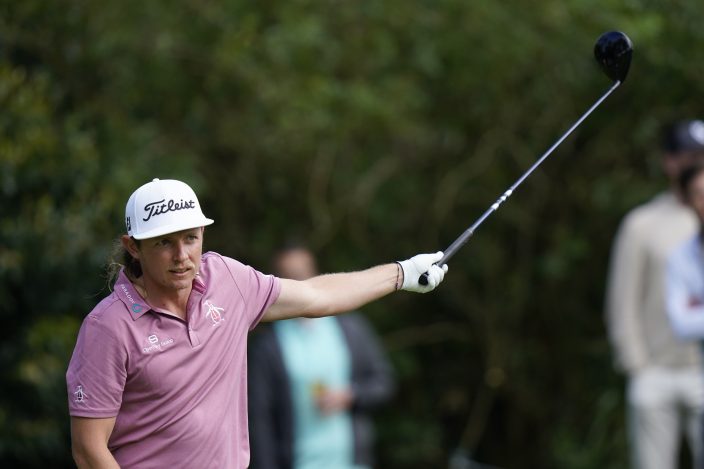 Cameron Smith, of Australia, reacts to an errant tee shot on the 15th hole during the final round of play in The Players Championship golf tournament Monday, March 14, 2022, in Ponte Vedra Beach, Fla. (AP PhotoLynne Sladky)

Now it will be back to an even number of each. The other three independent directors are Mark Flaherty, Victor Ghanzi and Ed Herlihy.

March might be the one time of the year the world ranking gets greater attention, primarily because of the top 50 who get into the Masters. 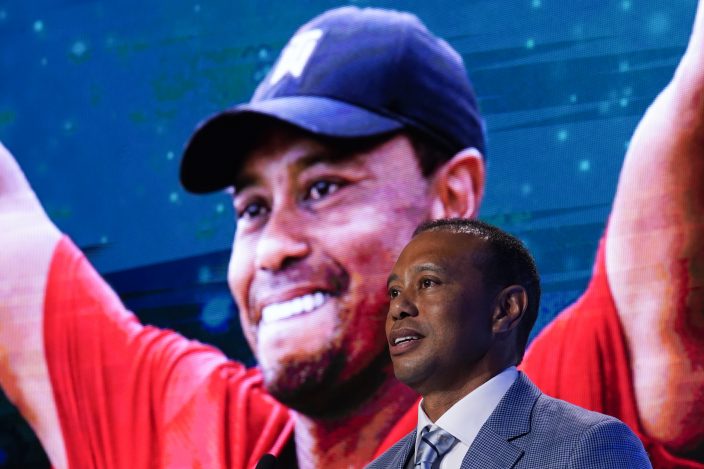 The cutoff is next week at the WGC-Dell Match Play, and the first step was getting to Texas. Keegan Bradley, even with his bogey-double bogey finish, moved to No. 66 in the world. The top 64 available get into the Match Play, and there likely will be enough players not going (Rory McIlroy) to create room. It's still a long road, but Bradley at least would have a chance.

Tringale finished at No. 51 at the end of the year, another cutoff for the Masters.

Varner did himself a world of good at The Players with his tie for sixth and should be safe for getting to Augusta National for the first time.

Match Play offers big points, but everyone is playing. For those trying to crack the top 50, or who are on the bubble, advancing out of group play to the weekend isn't always enough.

Ian Poulter, it should be noted, moved up to No. 64 to secure his spot in the Match Play. Four years ago, Poulter thought he had locked up the top 50 by advancing to the quarterfinals. He then discovered that wasn't the case, lost and was out of the top 50. A week later, he won the Houston Open to get in anyway.

Three-time major champion Padraig Harrington shot 77 in the second round of the 2015 Masters and never made it back. That changes this year.

He closed with a 69 in the PGA Championship last May and moved into a tie for fourth. The top four players and ties at the PGA earn spots at the Masters. Based on his age (50), his world ranking (136) and his form (his last victory was the 2015 Honda Classic), odds are this might be the Irishman’s last time playing the Masters.

Just don’t get the idea he’s there to soak it all in.

“I’m not sentimental. I’m not there to make up the numbers,” he said. “I’m there to play golf.”

Harrington said he might feel differently if he were a Masters champion exempt to play for as long as he liked. He has that exemption as a PGA champion, and he can play the British Open until he turns 60.

“If I won it (Masters) and went back every year, I’d be happy to wave to the crowd,” he said. “It is nice to be back, no doubt. It reminds me of my good performance at the PGA — I’m there by merit. It’s nice in that sense. But I’m not a guy into the sentimentality of it.”

Anirban Lahiri started laughing before the question was even finished: How does the TPC Sawgrass compare with the courses he grew up playing in India.

Keep in mind, Lahiri grew up in Bangalore, which he once said had four golf courses and 9 million people. He learned the game because his father was a doctor in the Army, which owned most of the golf courses.

“We do have some good golf courses in India, don’t get me wrong,” Lahiri said. “But I grew up playing on Army golf courses. To give you an example, the first junior event I played at the age of 10 at Royal Calcutta Golf Club was the first time I ever played on a no-preferred-lie golf course.”

He said most of the Army courses had about 1 1/2 inches of grass on the fairway. So imagine his surprise when he played Royal Calcutta.

“Just seeing a ball sitting down flat on the ground was a little intimidating,” Lahiri said. “I had to ask my dad to buy me a 7-wood because I wasn’t sure I could get it up in the air.”

Aaron Pike won the TPS Hunter Valley on the PGA Tour of Australasia, earning $36,000 and moving to No. 6 on the tour’s Order of Merit. The top three earn European tour status.

Cameron Smith won The Players Championship on the PGA Tour and earned $3.6 million to move to No. 2 in the FedEx Cup standings. The winner of the FedEx Cup gets $18 million.

Burnham & Berrow in the south of England is joining the list of links course to be used for British Open local final qualifying next year. The R&A also announced West Lancashire (west), Royal Cinque Ports (east) and Dundonald Links (Scotland) will be used. Royal Cinque Ports hosted two Opens a century ago, while Dundonald Links near Royal Troon has hosted the Scottish Open. ... The USGA has appointed its next two Walker Cup captains. Mike McCoy will lead the Americans in 2023 at St. Andrews, while Nathan Smith will be captain for the 2025 matches at Cypress Point. ... Coming off his win at the Honda Classic, Sepp Straka tied for ninth at The Players Championship. That moved him to No. 68 in the world, making him the highest-ranked Austrian for the first time. Bernd Wiesberger slipped to No. 71.

Cameron Smith became the first player to win The Players Championship when hitting fewer than 50% of his fairways.

“There is this saying that you shouldn’t meet your heroes, and Tiger was my hero when I met him. And he lived up to expectations.” — Rory McIlroy