Devin Booker had 27 points and eight assists in 30 minutes before Phoenix coach Monty Williams gave him the rest of the night off, and the Suns beat the New Orleans Pelicans 131-115 on Tuesday night.

Mikal Bridges went 4 of 5 from deep and scored 20 for the Suns, whose accurate shooting and ability to capitalize on virtually every Pelicans mistake helped them secure their fourth victory in five games despite star guard Chris Paul's extended absence with his fractured right thumb. 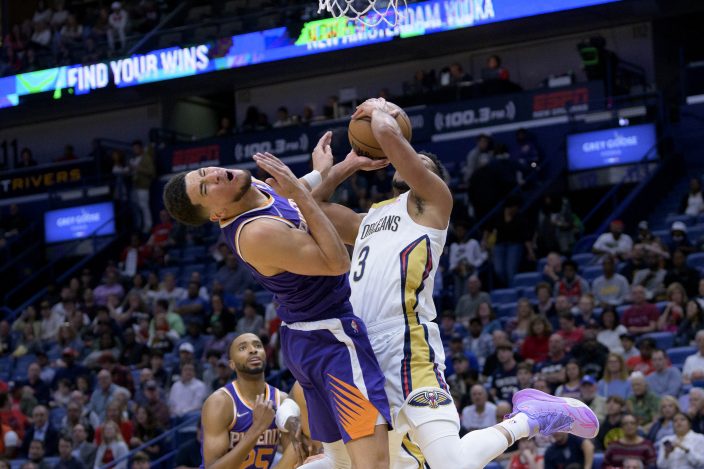 Herb Jones scored 22 for the Pelicans, who've lost five of six as they try to hang on to the final play-in spot in the Western Conference. Guard CJ McCollum returned from a two-game absence while in health and safety protocols and scored 21 points, but also committed five turnovers. Jonas Valanciunas added 17 points and 12 rebounds.

The Pelicans were as close as 75-74 in the middle of the third quarter, but committed a turnover when they had a chance to take the lead and the Suns proceeded to take over, starting with Ayton's layup and followed soon after by Cameron Payne's 25-foot transition 3. 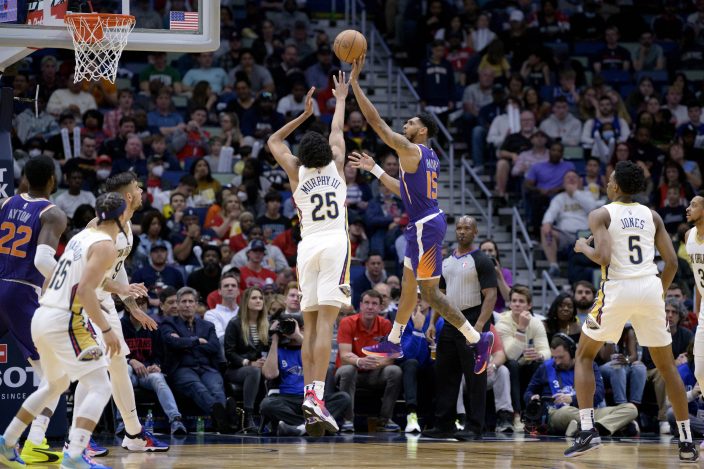 Booker scored the final six points of the period, starting with a pull-up jumper as he was fouled by Jose Alvarado. He added a transition 3 from 26 feet to give the Suns a 98-85 lead heading to the fourth.

New Orleans could not muster another surge in the fourth quarter, when the Suns pulled away by as many as 23 points.

The Pelicans led 34-33 early in the second quarter when the Suns surged into the lead with a 7-0 run ignited by Bridges' 3. 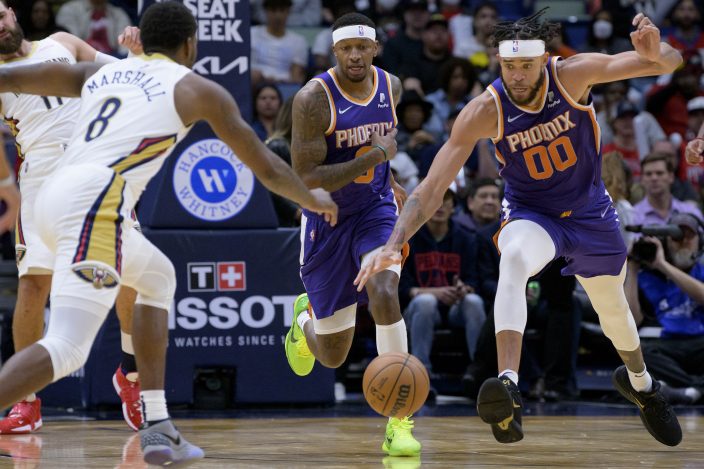 Booker hit 3s on consecutive possessions and then set up put Bridges' right corner 3 that put the Suns up 57-43.

New Orleans rallied with a 14-2 surge during which Jones and Valanciunas each scored six points including put-back dunks by both players. But with the crowd re-engaged, Phoenix turned an offensive rebound into a 3 by Jae Crowder to stunt New Orleans' momentum.

Payne added a 3 and Ayton found bridges on a baseline cut for a reverse layup that made it 67-59 at halftime. 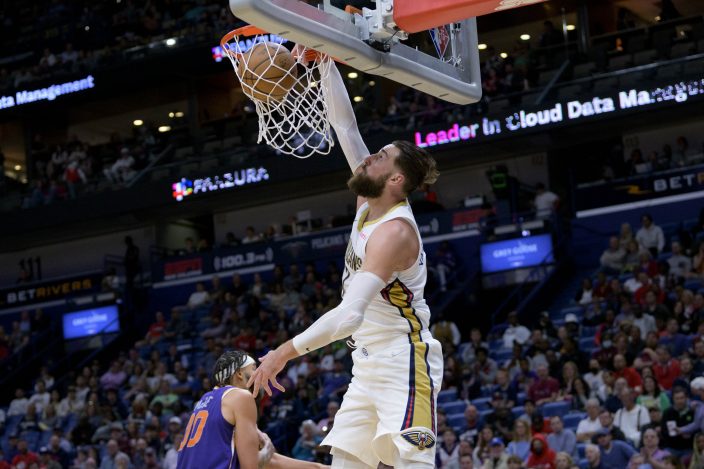 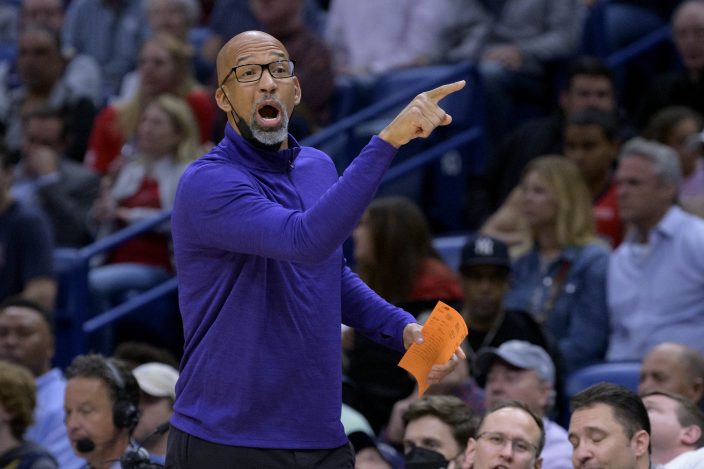 Phoenix Suns head coach Monty Williams calls to his team in the first half of an NBA basketball game against the New Orleans Pelicans in New Orleans, Tuesday, March 15, 2022. (AP PhotoMatthew Hinton)

Suns: Visit Houston on Wednesday night to wrap up a two-game trip. 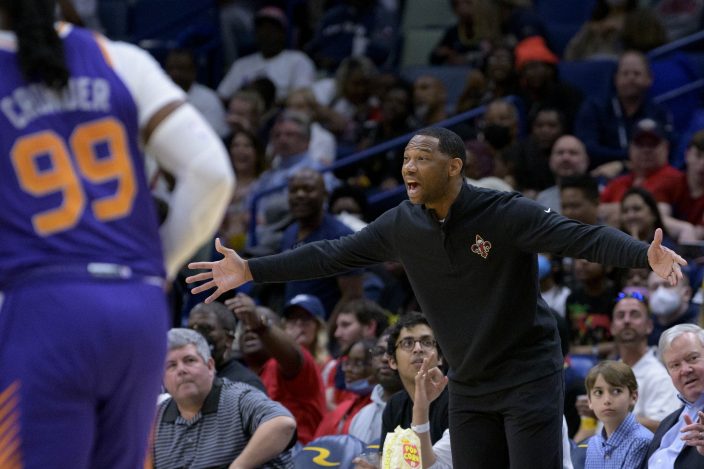 New Orleans Pelicans head coach Willie Green calls to his team during the first half of an NBA basketball game against the Phoenix Suns in New Orleans, Tuesday, March 15, 2022. (AP PhotoMatthew Hinton)