The last time that Real Madrid played Barcelona, it brushed aside a team struggling to find its way after being orphaned by Lionel Messi.

Fast forward to Sunday when Barcelona with Xavi Hernández in charge of a new-look squad will head to the Santiago Bernabéu to test how far it has closed the gap with its fiercest rival. 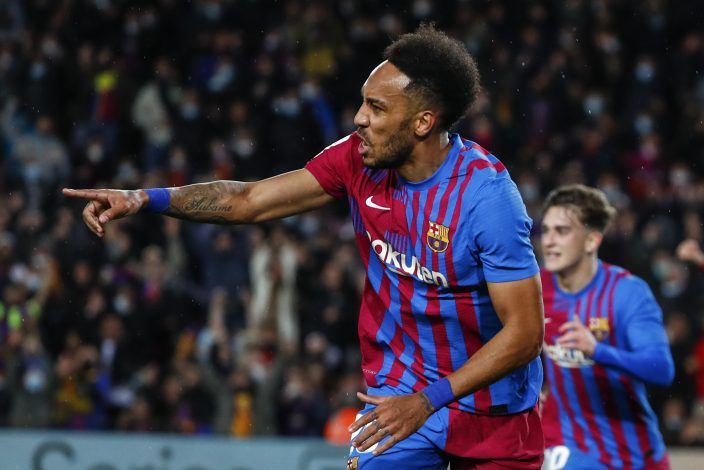 Most “clásico” matches have an impact on the Spanish league title race. Not so much this time. Madrid enjoys a comfortable lead at the top of the standings and only a major collapse will stop it from adding to its record 34 league titles.

With 10 games left, Madrid leads Sevilla by 10 points and both Barcelona and Atlético Madrid by 15.

The main question for coach Carlo Ancelotti is whether Karim Benzema will be available to play.

The France striker is doubtful after he injured his left leg in the final minutes of a 3-0 win at Mallorca on Monday. He had to leave the game after scoring twice to take his league-leading tally to 22 goals.

The 34-year-old Benzema is playing the best soccer of his long career this season. He has scored eight goals in his last five matches, including his second-half hat trick to oust Paris Saint-Germain from the Champions League last week.

If he is not fit to play, Madrid will turn to winger Vinícius Júnior to lead its attack. His 14 league goals are second only to Benzema in the entire competition. Ancelotti could also play Marco Asensio as a “false nine” and perhaps give Federico Valverde a second straight start as a romping midfielder.

The Barcelona that Madrid faced at Camp Nou on Oct. 24 has undergone a profound overhaul. In that loss, Ansu Fati, Memphis Depay and Sergiño Dest started as Barcelona’s front three and Philippe Coutinho and Sergio Agüero came off the bench as substitutes.

Now, thanks an impressive effort by the club to bring in new players in the January transfer window, Barcelona’s attack features newcomers Pierre-Emerick Aubameyang, Ferran Torres and Adama Traoré. And while Coutinho and Agüero are no longer on the team, 38-year-old Dani Alves has returned to play at right back. Ousmane Dembélé, who was injured when they played in October, is also providing a spark to Barcelona’s attack.

Aubameyang and Torres have made an immediate impact since joining from Arsenal and Manchester City, respectively. Aubameyang has scored six goals in just nine appearances, with Torres adding another five goals. Depay has also scored twice recently, after being sidelined for two months with a hamstring injury, giving him a team-high 10 goals for the season.

After struggling to score before it got its winter reinforcements, Barcelona has scored four goals five times over the past two months.

“(Barcelona) has undergone a big change since Xavi arrived and has improved its play and is winning games easily by a big difference, so we will have to be careful,” Madrid's Valverde told Cadena SER on Wednesday.

Aubameyang has been particularly impressive given that he was benched at Arsenal before the English club let him go.

“The truth is, I kind of expected this because I have been working hard and wanted to make a good start (at Barcelona),” Aubameyang said on Wednesday.

Aubameyang said that he was flourishing as Barcelona’s pure striker, as compared to at Arsenal where “I played a lot better on the left.”

“Coach already knew what I could do when I arrived and we have worked hard on the pressure that I must put on defenders (to recover the ball) and knowing how to play in tight spaces that is characteristic of this team,” the Gabon international said.

Sevilla, which has lost ground to Madrid in recent weeks, hosts Real Sociedad on Sunday.

Revived by Xavi, Barcelona hosts Sevilla for 2nd in league