Let’s go back to the greatest scoring race in NBA history, one that was decided 44 years ago, the epic to-the-last-day battle between David Thompson and George Gervin. 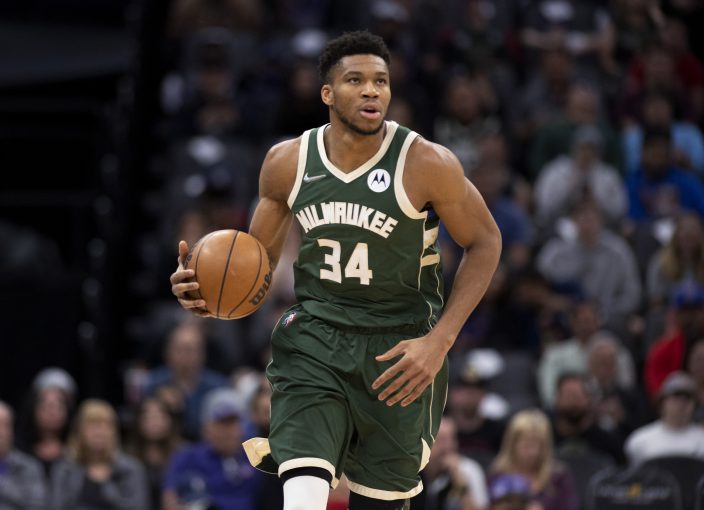 Each had a game on April 9, 1978, that season’s final day. Thompson’s game was first; he scored 73 points for the Denver Nuggets to take the scoring lead. Gervin, playing a few hours later, would need 58 points to reclaim the top spot.

Imagine such a scene playing out this season on April 10 — the scoring title once again going down to the season’s final day. Only this time, with three players in the race. 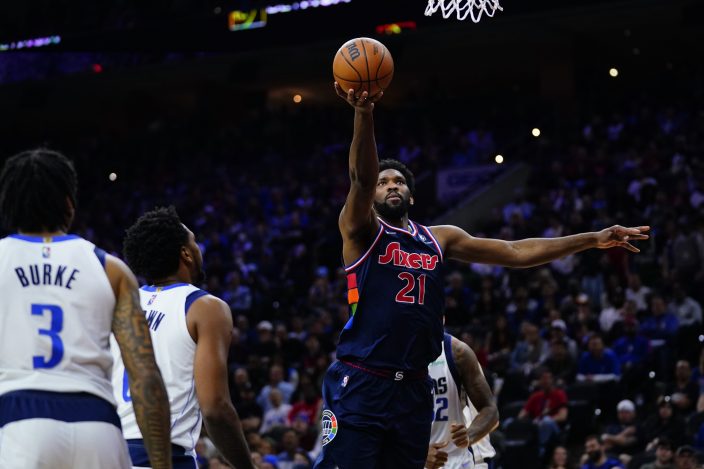 Philadelphia 76ers' Joel Embiid goes up for a shot during the second half of an NBA basketball game against the Dallas Mavericks, Friday, March 18, 2022, in Philadelphia. (AP PhotoMatt Slocum)

Entering Tuesday, the NBA finds itself on pace for the closest three-man scoring race in league history. LeBron James of the Los Angeles Lakers is atop the list averaging 29.96 points (which would round up to 30.0), Joel Embiid of the Philadelphia 76ers is second at 29.83, and Giannis Antetokounmpo of the Milwaukee Bucks is third at 29.80.

The last time a race ended up that close between the top three spots was, well, never. The closest three-way race was in 1985-86, when Dominique Wilkins averaged 30.3 points — a half-point better than both Adrian Dantley and Alex English. And a decade ago, Kevin Durant, then with Oklahoma City, held off the Lakers' Kobe Bryant by one-tenth of a point, 28.0 to 27.9 for the second-closest head-to-head race ever.

Obviously, the numbers will change. Embiid might get a game or two more off down the stretch to rest his body. If the 76ers have nothing to play for on the season’s final day, one wouldn’t expect him out there with only a scoring title at stake. Same goes for Antetokounmpo; if the Bucks are locked into a seed, it would seem foolish for Milwaukee to play the reigning NBA Finals MVP much, if at all. And the Lakers’ only path to the playoffs is through the play-in, which means James might be called upon to play big minutes — and potentially put up big numbers — all the way to the end.

“At the end of the day,” James said, “all I care about is wins and losses.”

A scoring race, though, would add just an extra dimension to the end of the season, just another reason to tune in and pay attention to what’s happening.

The Western Conference race will long be over by then; realistically, it is now, since there’s no way barring unthinkable, cataclysmic collapse that Phoenix won’t be the No. 1 seed. The Eastern Conference race is considerably tighter, and the potential is quite high that regardless of who ends up seeded where the first-round series on that half of the bracket will be slugfests.

The only downside to all of this is that it could have been a four-man race.

Brooklyn’s Durant is fourth in the league in scoring, four-tenths behind James and two-tenths behind Antetokounmpo and Embiid at 29.6 per game. But Durant basically can’t win the scoring title since he won’t meet the NBA’s minimum — 58 games in an 82-game season — to qualify.

So, unless somebody gets really, really hot down the stretch, the scoring race is down to three.

Trae Young, Luka Doncic, DeMar DeRozan, Ja Morant and Jayson Tatum are all within 3.0 points of James’ average right now (as is Kyrie Irving, who obviously won’t meet the minimum games-played threshold). If any of those guys go on an absolute spree — not unheard of in this day and age — they could make a run at the title as well.

The potential is there for a thrilling finish, just like the league had in 1978.

It would be the perfect appetizer to the playoffs.