Martin Kaymer begins the next chapter in his career without knowing his status on the PGA Tour, only that he has a long way to go with little doubt he can get there.

“I still have a lot I can accomplish,” Kaymer said.

The German turned 37 in December, and then he began the new year by welcoming the birth of his first child, a son named Sam. 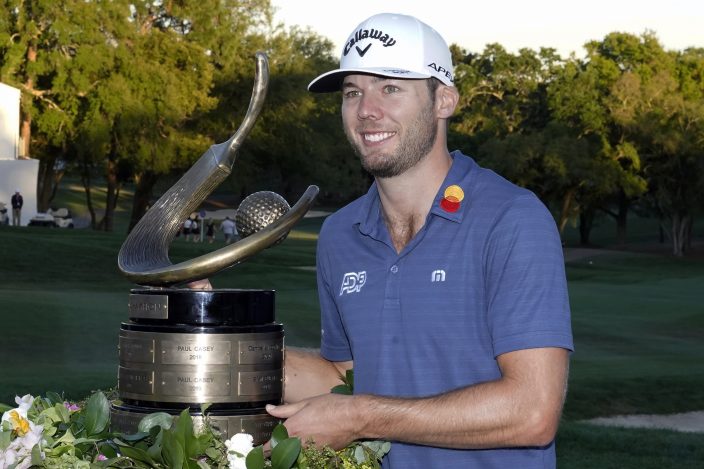 His status is a past champion, and the quality of his three wins is unlike other players in his category — the PGA Championship at Whistling Straits, The Players Championship and the U.S. Open at Pinehurst No. 2.

He also has nine European tour wins, spent two months at No. 1 in the world and made the clinching putt for Europe in its historic Ryder Cup comeback at Medinah.

Kaymer, whose last victory was at Pinehurst in 2014, tied for 48th in the Valspar Championship and considered that progress. It was only his second start since November. 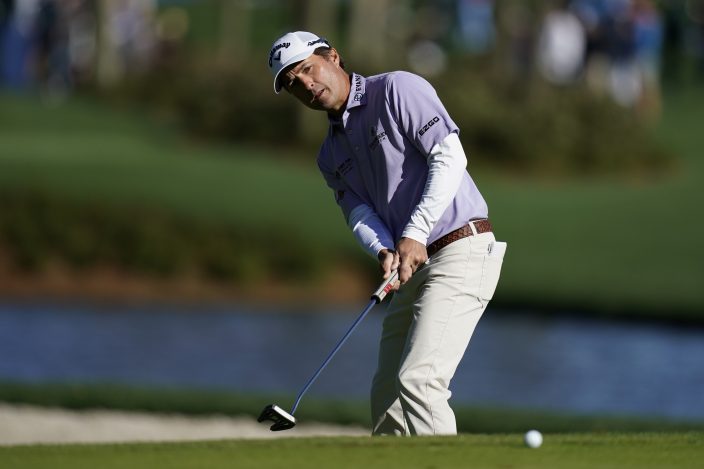 Kevin Kisner putts to the 3rd green during the second round of play in The Players Championship golf tournament Saturday, March 12, 2022, in Ponte Vedra Beach, Fla. (AP PhotoGerald Herbert)

“I played well. I putted well. It just didn't go my way on the week,” he said. “I'm still in the process and there's a lot of positives. But overall, I'm happy with where I'm trending.”

He was headed for the Dominican Republic this week and then will try to get in whatever tournaments he can. His world ranking is at No. 151.

What makes him confident he can find his way back is his location. Kaymer decided to leave Germany for South Florida, and he is working at The Bear's Club. It's a far better situation than he had at home, which is where he feels his game suffered.

“I didn't practice enough,” he said. “My strength is always hitting a lot of fairways. In Germany, I had (bad) range balls and the range was too short. But I wanted to live in Germany. Slowly, everything was fading away and it took me a while to realize. Now I think I know what I'm doing. There's plenty of game left. I just need to put it in the right place.”

Off the course has been a big life change, evident by him being spotted pushing a stroller along the grounds of Innisbrook. He said he had met Irene Scholz years ago and then saw her doing work with Peloton in South Africa. They met up when she returned home to Germany.

Kaymer is not bothered by his low status, the product of not playing consistently well for the last several years. He sounded as optimistic as ever.

“I need to get back into the top 50,” Kaymer said. “But it’s not about stopping there.”

As for his schedule, Kaymer was holding out hope for one exemption — the Zurich Classic in New Orleans, the lone team event on tour. He wants to ask Bernhard Langer to be his partner, if he can get an exemption and if Langer can step away from the PGA Tour Champions that week.

THREE WINS AND IN

The Valspar Championship moving from late April last year back to its March spot in the Florida swing wound up putting Sam Burns in small company.

Burns won his first PGA Tour event last year at Innisbrook to secure a spot in the 2022 Masters. He then won in Mississippi, and he repeated at the Valspar Championship. That's three PGA Tour wins before making his Augusta National debut.

Only three other players can say that since the Masters reinstituted its criteria to invite most PGA Tour winners.

Jimmy Walker won in California in the fall of 2013, the Sony Open in January the following year and then Pebble Beach a month later. He played the Masters for the first time in 2014.

Patrick Reed won in North Carolina in August 2013, and then he won in January in the California desert followed by a World Golf Championship at Doral in March. He also made his Masters debut in 2014.

Collin Morikawa won the Barracuda Championship in August 2019. He won the Workday Charity Open at Muirfield Village the following July and then the PGA Championship at Harding Park. The Masters was moved to November in 2020 because of the pandemic.

ESPN Films has a “30 for 30” documentary on Greg Norman that was scheduled to run on April 5, the Tuesday of Masters week. The network announced that “due to a programming change,” the documentary called “Shark” will now be shown two weeks later on April 19.

ESPN also announced an update to its NBA schedule. The Chicago Bulls will be hosting the Milwaukee Bucks at 7 p.m. CDT on April 5, and then it will show a game from the first round of the G League Playoffs.

ESPN televises the Par 3 Tournament from Augusta National on Wednesday and the opening two rounds of the Masters.

Kevin Kisner has made it no secret that he plays for money. That started when he turned pro, his father gave him $16,000 to help him get started on the mini-tours and he made enough putts along the way that he never had to ask for another dollar.

This is the guy who said last year he plays courses where he can’t win because 20th place pays pretty good.

So why was he never interested in the seemingly endless supply of money the Saudi-funded groups are waving around?

“It just wasn’t my deal,” Kisner said. “I never even pursued or learned anything about it. It just never crossed my mind.”

One reason is that Kisner spent three years on the PGA Tour board as it navigated through the coronavirus pandemic.

“I see how hard our tour brass is working to make our tour as successful as possible and to attract the best players in the world to play together more often,” he said.

Even so, he is curious to see how it shakes out now that Greg Norman has announced an eight-tournament series offering at least $20 million purses with small fields and no cut.

“Any time people talk about that much money, it’s going to attract attention,” Kisner said. “I think they can have a very successful tour. I’m just not sure the players can play on both.”

Mike Tirico will be heading up some familiar voices at the Masters when he takes over as the lead play-by-play voice for Sirius XM.

Tirico will be joined by analyst Steve Melnyk for the weekday rounds, and two-time U.S. Open champion Curtis Strange handles the job on the weekend.

Also joining the SiriusXM crew at Augusta National is former PGA of America President Suzy Whaley. She also is working the Masters as an on-course reporter. Whaley will be the analyst for SiriusXM’s live coverage of the Augusta National Women’s Amateur.

The Lotte Championship is going to its third course on Oahu. This year's only LPGA Tour event in Hawaii will be April 13-16 at the Ernie Els-designed Hoakalei Country Club in Ewa Beach. It was held at Kapolei last year and from 2012 through 2019 at Ko Olina. ... The Walker Cup will move to even-numbered years starting in 2026. That will help it avoid being held in the same year as the World Amateur Team Championships, which moved to odd-numbered years when golf returned to the Olympics. The Walker Cup will be at St. Andrews in 2023 and Cypress Point in 2025. A 2026 site has not been announced. ... The U.S. Senior Women's Open will be played in 2023 at Waverley Country Club in Portland, Oregon. Tiger Woods and Juli Inkster won USGA amateur championships at Waverley. The club joins Oakmont and Merion at having hosted a USGA championship each of the last eight decades.

None of the 54-hole leaders on the Florida swing went on to win.

“For some reason, Augusta's just always on your mind.” — Justin Thomas.